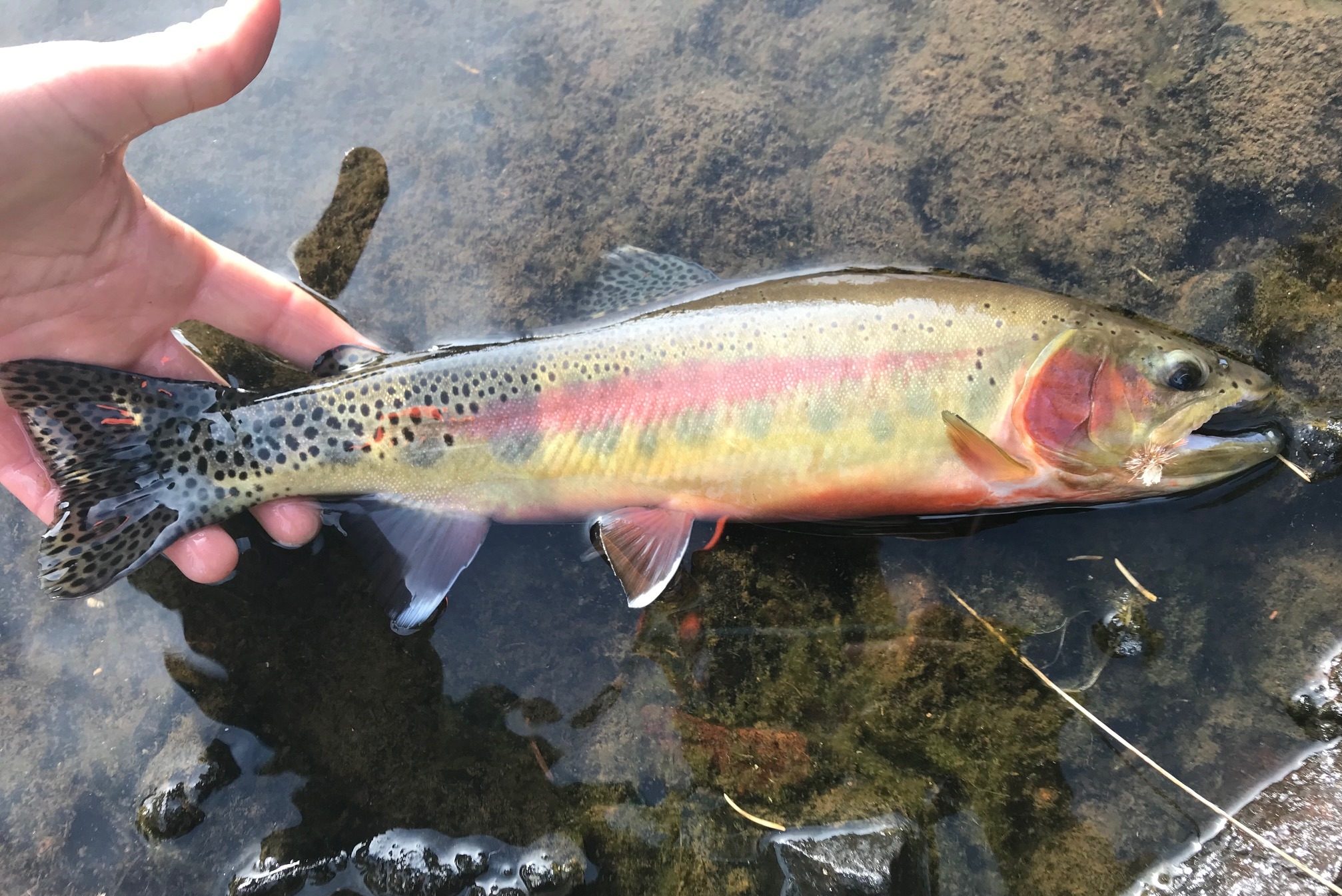 Last summer, while my friend Ali and I were fishing for tiger trout, she asked me a seemingly insignificant question: “Have you ever caught a golden trout?”

The answer was no, and I had never really put much more thought into it than that. But that simple question led me down a rabbit hole that ended up being one of the most grueling and rewarding trips of my life, almost exactly a year later.

The spot we found was deep in a wilderness area at high elevation. The closest trailhead I could find was 10 miles from our destination, with at least two of those miles off-trail on steep terrain. It would have to do. I recruited Ali into this adventure, since she was the one who had originally asked the question. 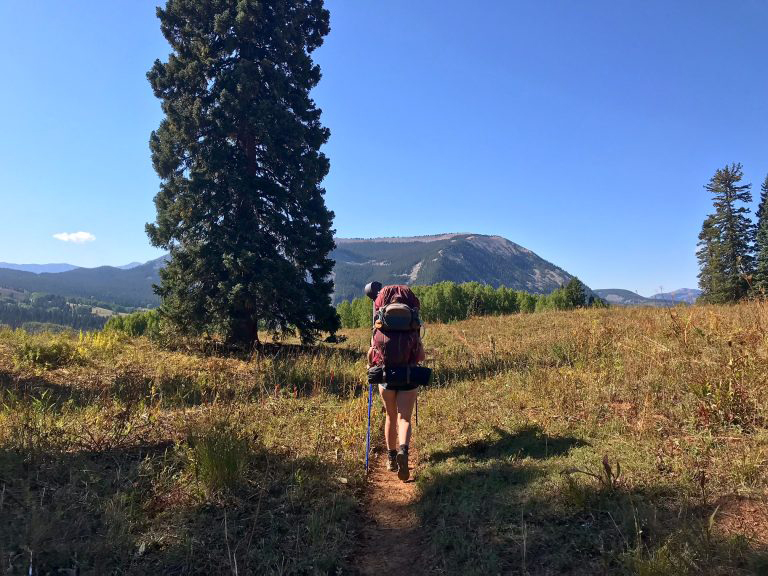 The hike in turned out to be much more difficult than anticipated.

The morning after the hike-in, we set out, armed with the only fly one needs at altitude, a Parachute Adams. About a half mile from camp, we walked along a stream looking for any sign of fish. We knew that there weren’t supposed to be any other species in the area, so if we saw even a single fish, we could assume it was one of the goldens stocked back in the day.

We walked and walked along this stream with not so much as a minnow in sight. I took casts in promising holes, the kind of holes that just have to hold fish, with no luck. Eventually, we came to a little clearing, complete with grassy edges and undercut banks. As we walked past one of the larger holes, we saw a trout spook under the bank and both immediately screamed. We kept walking to let the area settle and see what else we could find.

Lo and behold, there were still no fish to be found after this clearing. So, we slowly fished our way back up to it. Ali took a lower hole, and I went to the spot we had seen the fish. As I crept up, I could see him slowly cruising the pool. I took a single cast, and in what seemed like slow motion, the fish immediately turned and calmly rose to sip my fly. I set the hook and Ali promptly threw all her gear to the ground and came running. 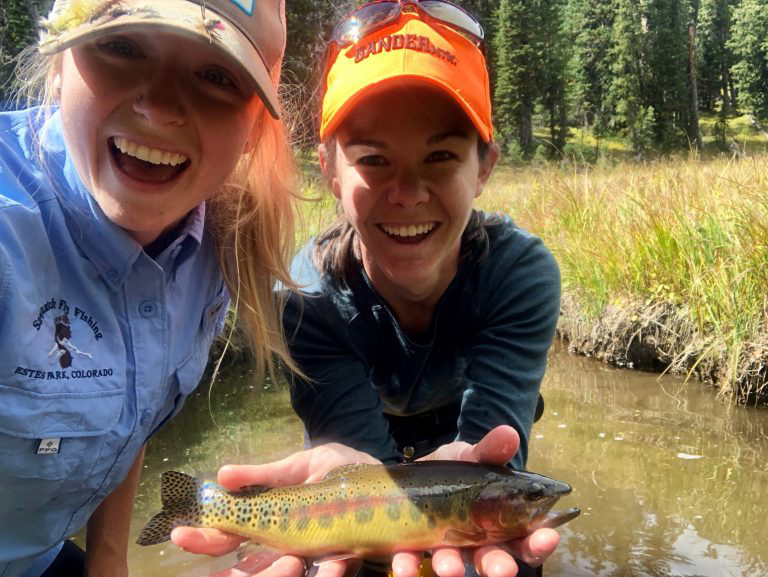 Katie describes her first golden as “the most satisfying fish I’ve ever caught.”

Sure enough, after 10 grueling miles and thinking we had struck out after our first look into the stream, we had found them. The fish I landed turned out to be a beautiful and healthy golden trout. This was far and away the most rewarding and memorable fish of my life. Never have I put more effort into a single fish that most people wouldn’t bat an eyelash at.

For the full story of Katie and Ali’s adventure–which includes a scary encounter with a mysterious predator–visit Katie’s blog, Fish Untamed.