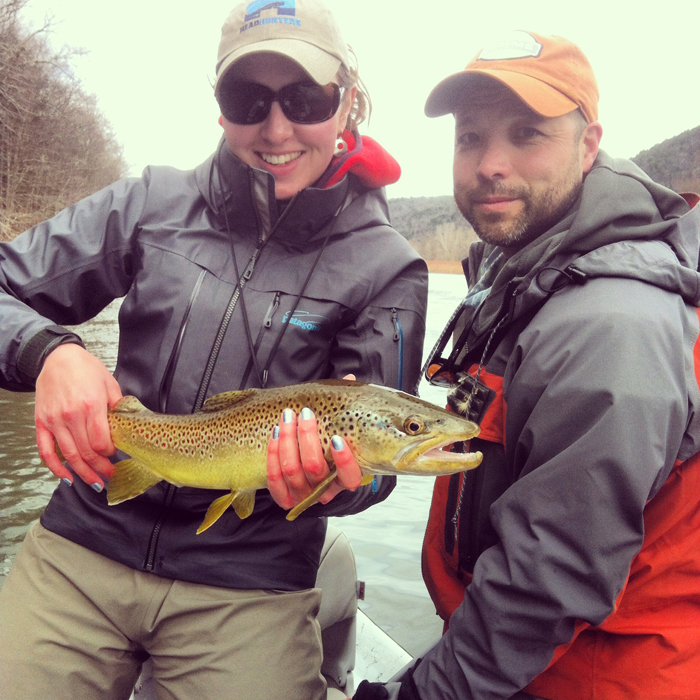 This Montana girl was able to streamer up an award-winning brown trout during the One Bug over the weekend.
Photo by Scott Noyes

I’m a Montana kid. That’s the long and short of it. In January, when I moved to Vermont to work with Orvis, I knew I’d miss my home rivers. That was a given. And it was a long, cold winter. There have been a lot of frigid winter days spent starting at frozen ponds dreaming about hatches coming off, sipping fish, and sunshine.

But spring is finally here, and the fishing with it. This past weekend, Orvis fielded two teams at the Friends of the Upper Delaware River‘s annual One Bug fly-fishing tournament. Modeled after the Jackson Hole One Fly contest, the event requires that anglers declare a fly at the beginning of the day and then fish only that fly the day through. Keeping the fly gives you an automatic 100 points at the end of the day, and fish are allotted points in relation to their length.

Nearly twenty two-man teams took to the river Saturday and Sunday, battling rain, wind, and unseasonably chilly conditions. Orvis fielded an all-girl team, with me and Rod and Tackle’s Chrissy Penn representing. Fishing was slow overall, and while various teams applied different strategies, dry-fly action was minimal. Nymphing brought in a few good fish, but streamers were overall the most productive both days. In between rain showers on Saturday, the sun would peek through and a very few rising fish were seen, but Sunday’s wind and clouds disappointed many anglers hoping for action on top. 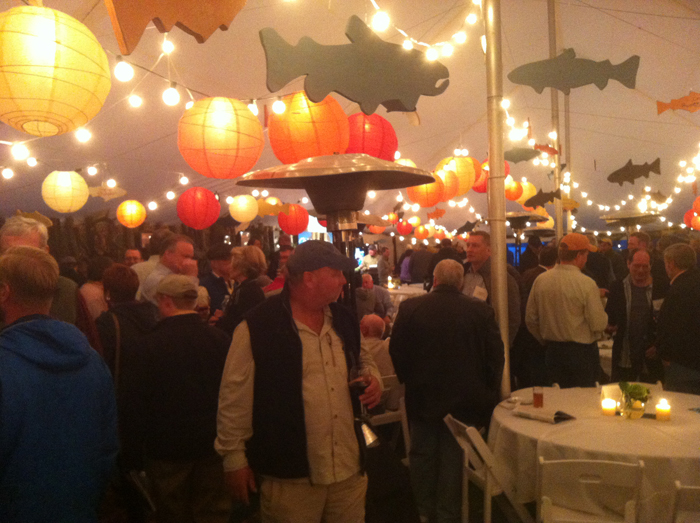 The One Bug banquet was a festive affair, full of fly-fishing addicts.
Photo by Jess McGlothlin

It was my first time on the East Branch (Saturday) and the Main Stem (Sunday) of the Delaware. New water is always a thrill — there is nothing better than exploring the unknown with a rod and camera in hand. But while it’s fun exploring, it’s nice to catch a few fish on the side, and for me that action came Sunday morning. After boating my first pickerel — having never even seen one before — I was feeling somewhat optimistic that the white Conehead Bunny streamer I was throwing might actually produce something. Less than an hour later, in a deep, fast run, a nice fish started to follow the fly. Strip, strip, strip, chomp. Set. The fish took the fly and went vertical. The adrenaline high never fails when a good fish goes airborne. He then tanked, going under the boat and around several times. Guide Darren Rist did an excellent job of stopping the boat in fast water, and after a nice little fight, the brown was in the boat.

I’ve measured one other fish in my life — an Atlantic salmon on the Ponoi. Having been raised in a DIY, don’t-count-don’t-measure household, that’s how I like to roll. It was a new experience to have my fish measured and recorded, but the absolute highlight was seeing how healthy and colorful the brown was. There’s nothing in the world like a healthy trout.

A few photos and he went back in the water, reviving readily in the chilly depths, hopefully to grow several more inches and provide many anglers with a trip-making fish.

The whole event was wonderfully put together; it was an excellent introduction to Eastern fly-fishing culture and a stellar way to network and meet folks. I look forward to fishing with some newfound friends, and following the excellent work the Friends of the Upper Delaware River are doing. This was a great fundraiser for a good cause, and quite the introduction to a new river system. Huge thanks to Orvis for sending us to represent.

And, don’t you know it, that 22-inch brown took home the Biggest Fish Award of the entire weekend. 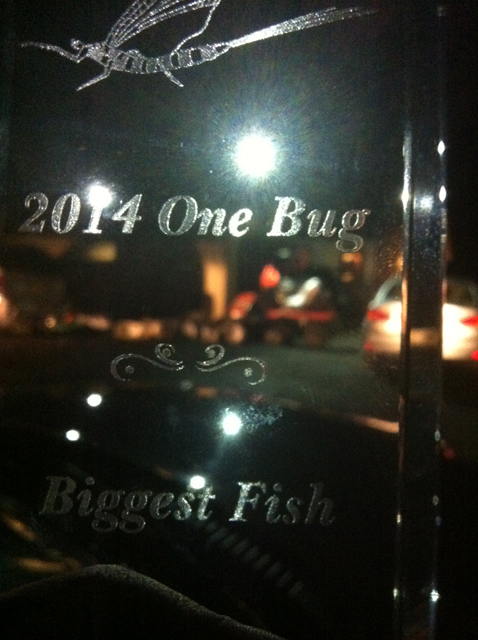