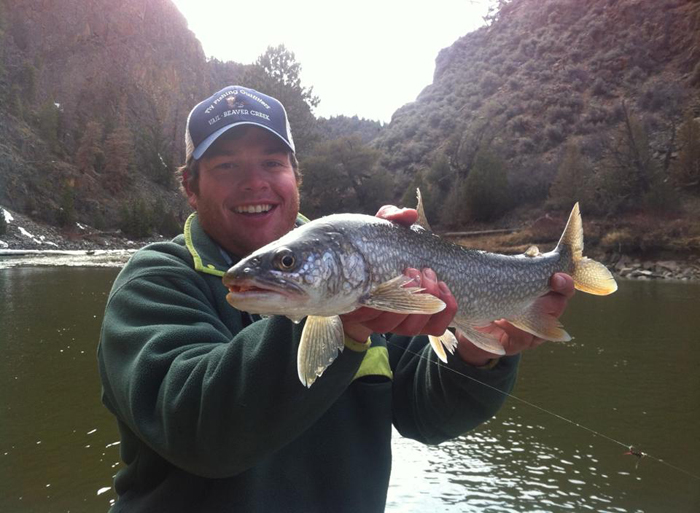 For several years Orvis has sponsored the American Rivers Most Endangered Rivers Report, highlighting ten rivers whose fate hangs in the balance. This vitally important study seeks to draw the public’s attention to issues where they can still make a difference before it’s too late. The Number 1 Most endangered River for 2014 is the San Joaquin in California. Learn more about this river and its nine partners in the 2014 MER Report.

In an effort to draw more attention to the MER Report…and add a little fun…last year Orvis developed the Anglers’ Choice Award. Following the announcement of the 10 Most Endangered Rivers, our customers and readers are invited to vote for the river of their choice. The river receiving the most votes is awarded $5,000 by Orvis to further conservation efforts. All voters are entered into a random drawing, with the winner getting to select the Helios 2 outfit of his or her choice.

The Anglers’ Choice winner for 2014 is the Upper Colorado River (the Colorado also won in 2013), and the lucky winner of the H2 outfit is John S. Muir of (wait for it) Avon, Colorado! The picture of John with that gorgeous lake trout, above, was taken on the Colorado. In fact, John works as a fly fishing guide, so he lives and breathes the Colorado. He said, “The Colorado River is an important lifeline for the American West, and I am encouraged to see the river’s issues being talked about and dealt with”.

John will be receiving an H2 Switch 116 outfit, which should get plenty of use in both his professional and personal life. He says, “The reason I still pursue trout daily is the challenge, and seeing the new angler catch his or her first fish never gets old”. Below, he passes the joy along to his nephews, Charlie and Will.

Thanks to everyone who took the time to cast a vote. Let’s keep those rivers flowing! 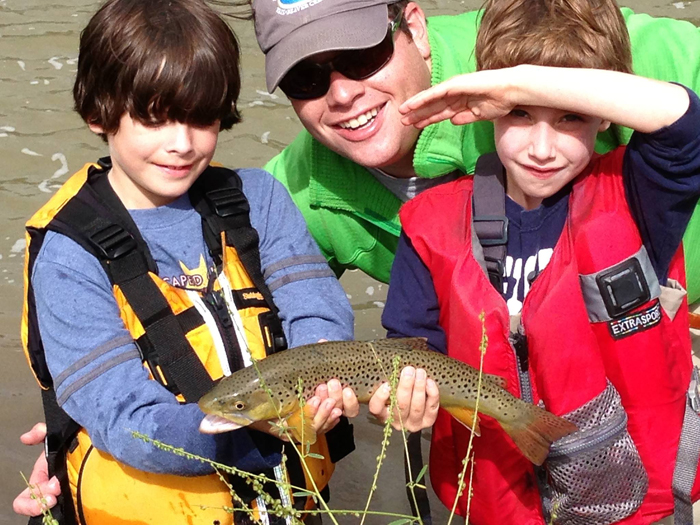 John Muir with nephews Charlie and Will
Photo by John Muir