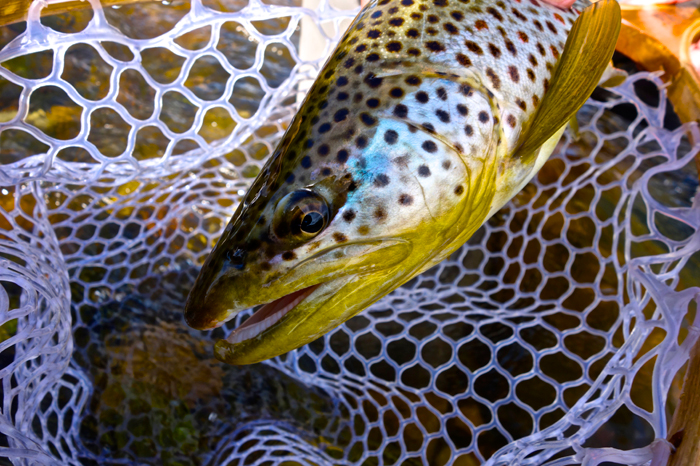 This nice brown trout was caught miles from the proposed site.
Photo by Paul Moinester

Gusts up to 60 mph: it was an ominous fishing forecast but a fitting one. Our plans to float the famed North Platte River the next day had been derailed. Yet these mighty winds were justification for why we had come to Saratoga, Wyoming in the first place—to attend a Trout Unlimited summit on the future of renewable energy and how these large-scale projects can most benefit communities, as well as fish and game.

Saratoga is in Carbon County, and as the name suggests, this region is no stranger to major energy projects. For more than a century, this breathtaking valley has been home to large oil and gas projects. But over the last few years, the wind-energy boom has come knocking. Already a few smaller wind operations have been built, but the county is on the precipice of transitioning from a small-time wind player to a hub of America’s wind-energy economy. 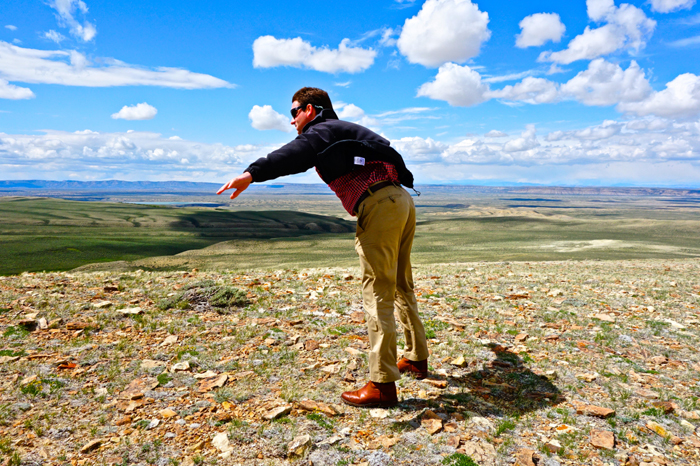 The cause of this transition is a proposed thousand-turbine wind-energy operation called Chokecherry/Sierra Madre Wind Farm , just north and west of Saratoga. If built, this project would generate 1,500MW of electricity, enough to power roughly 600,000 homes.

Despite Carbon County’s familiarity and comfort with major energy projects, the notion of becoming an epicenter of electrons is an unnerving proposition for many local citizens. Many individuals, such as Sue Jones, a Carbon County Commissioner who spoke at the summit, understand the value of wind energy but worry that her community will bear the burden of the project and see little local benefit.

As much as wind energy advocates (I include myself in this group) promote the benefits of this important technology, they often fail to recognize the downsides. Wind energy is a green technology, but it’s not a perfect one. And as Commissioner Jones noted, for a small town like Saratoga, this project has major implications and costs. 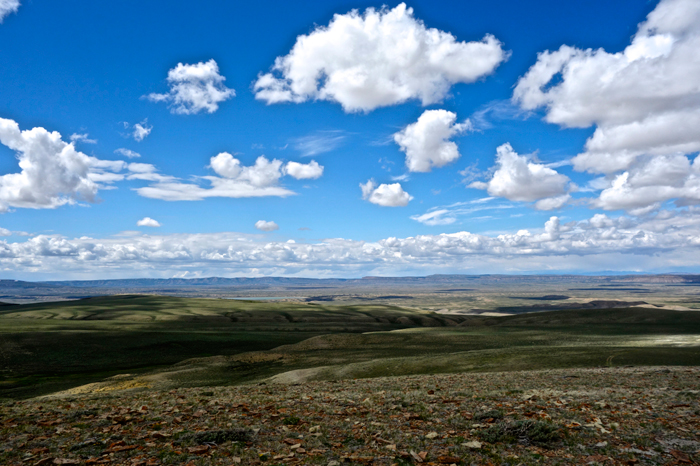 A view of part of the proposed site for the Chokecherry Project.
Photo by Paul Moinester

The heavy machinery and turbines that get transported on small local roads damage the infrastructure. The influx of construction workers causes housing and hotel shortages and fundamentally alters the town culture. The towering turbines with blinking red lights disrupt an expansive viewshed and setting that is revered by the local community. And the large footprint of a thousand-turbine project fragments the habitat and can negatively impact fish and game.

And that last issue is why Trout Unlimited, an organization that supports the responsible development of renewable energy, is getting involved in this discussion. TU understands that wind energy is growing and will inevitably inhabit many lands that are home to important trout waters like Wyoming’s Platte River. So they are working on the front end to develop solutions that will enable wind energy to thrive while benefiting local communities as well as fish and game.

To that end, TU has helped develop legislation called the “Public Lands Renewable Energy Development Act,” which is being championed in Congress by Senators Tester (D-MT) and Heller (R-NV), and Representatives Gosar (R-AZ), Heck (R-NV), Thompson (D-CA), and Polis (D-CO). The bill, which takes a balanced approach to wind and solar, attempts to offset the impacts of energy development by creating a conservation fund derived from revenues and royalties generated from these projects. The legislation also creates a payment structure where local communities and states benefit financially, as well. 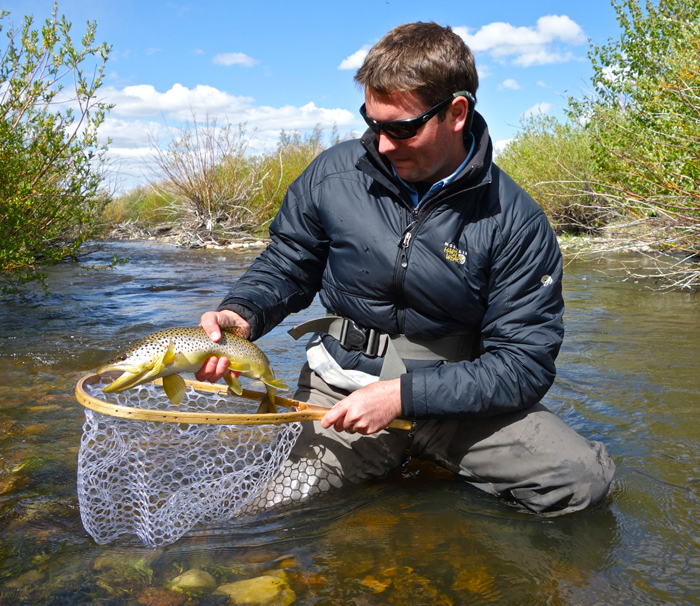 The legislation accomplishes this in a creative way. Rather than creating a new fee, the bill improves an existing payment scheme. Presently, all royalties from the sale of renewable energy generated on public lands go straight to the U.S. Treasury. But this legislation reallocates that money directly back to people and places affected by these projects. States get a quarter of the money, another 25 percent goes to the county where the project is located, the Interior Department gets 15 percent to fund the processing of wind and solar project applications, and 35 percent gets deposited into a fund for wildlife, fish, and land conservation.

This reallocation of resources is what excites local community leaders like Commissioner Jones. If enacted, this legislation would make projects like Chokecherry much more attractive to her and her constituents. It wouldn’t make the project perfect, but it would help ensure that the environmental downsides are mitigated and that her county benefits financially from the project.

On my drive from Saratoga to the Green River, I had ample time to reflect on what I had seen and learned in Saratoga. In many ways, my time there was emblematic of why I left Washington, DC and embarked on this journey. It’s easy to sit in an office thousands of miles away and look at a map of wind energy potential, see the enormous capacity, and feel okay about building turbines somewhere. But when you get out there, see the beauty of the landscape, and talk to the people about the project, you might begin to feel a little differently.

An antelope that inhabits the proposed site. Now money from the project can go into habitat.
Photo by Paul Moinester

And that’s why this legislation is so important. It takes a big step forward in eliminating the shortcomings of large-scale energy projects. It puts money into the coffers of struggling local communities and it creates a sizeable conservation fund for mitigating the negative environmental impacts of wind and solar energy projects to fish and game. It’s an opportunity to learn from our past failures and be smarter and more strategic in the future.

If you’re interested in notifying your Member of Congress and asking them to support this legislation, TU has made it easy for you. Visit the TU Action center.