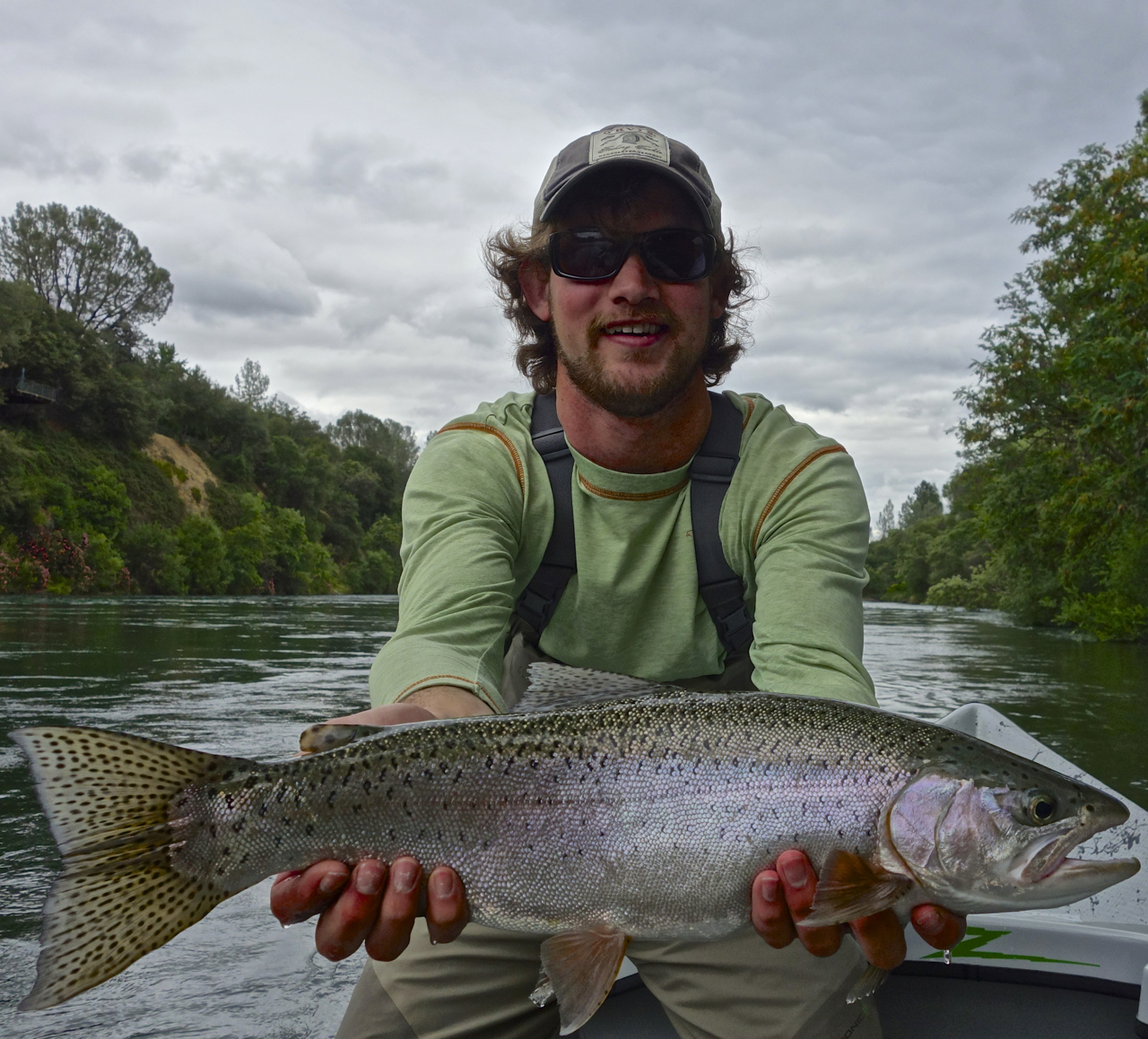 This Lower Sac rainbow the most powerful trout the author has ever caught.
Photo by Paul Moinester

Sense of time has never been my strong suit. Despite my best efforts, I’m routinely late for everything. My friends just refer to it as MST – Moinester Standard Time. And as bad as I am with time in everyday life, it’s exponentially worse when I have a fly rod in my hand. It’s not uncommon for me to think four hours on the river was just 30 or 45 minutes – an irksome trait that has gotten me into trouble with more than one ex-girlfriend.

So when I turned to T.O. moments after releasing the most incredible rainbow trout I’d ever caught and asked, “How long did I fight that thing?” I really had no idea. He shrugged his shoulders and said, “Shoot…hell of a long time. That was a two-beer, three-cigarette fish.” We laughed, made a few more casts, and I was almost into my backing again seconds later. 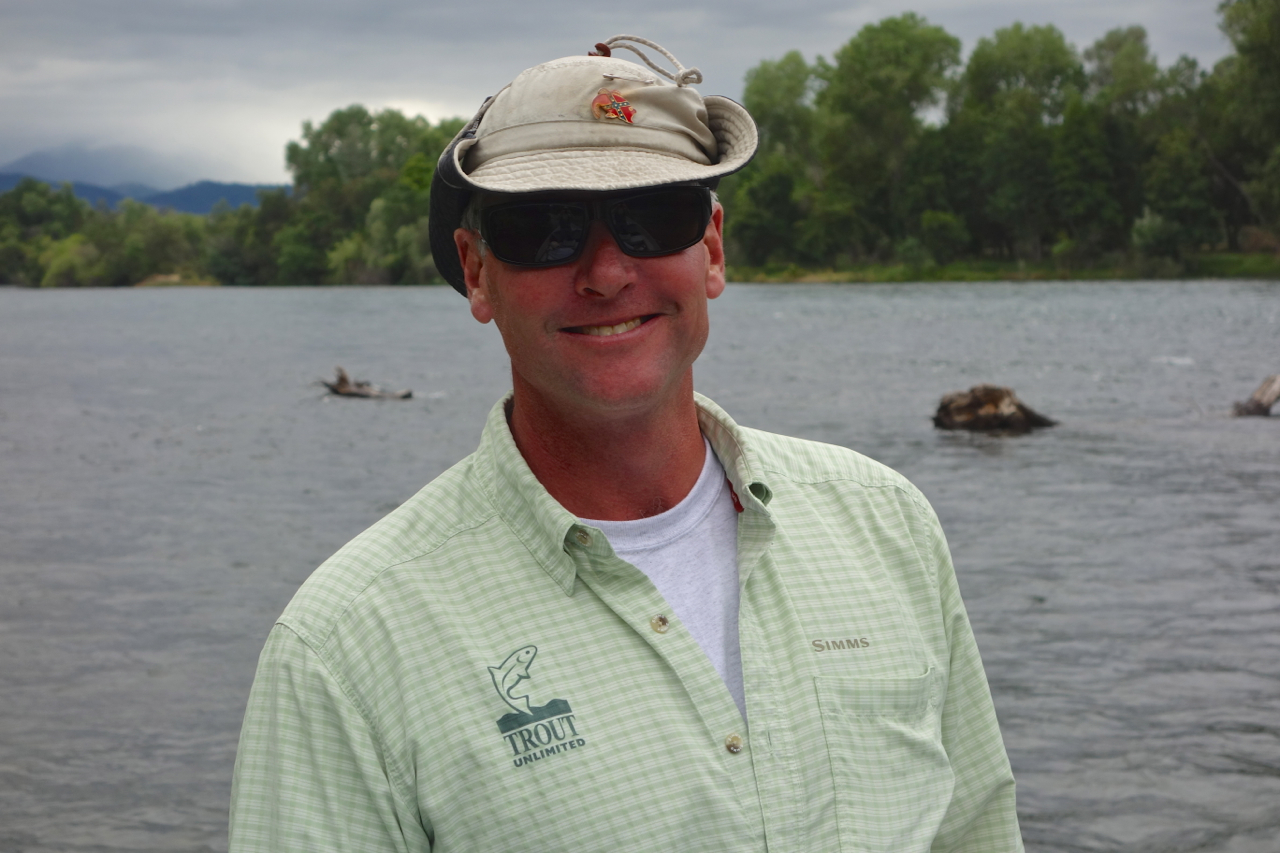 I had met T.O. Smith, the Renewable Energy Coordinator for Trout Unlimited’s Sportsman’s Conservation Project, in Saratoga, Wyoming, a few weeks earlier, when I attended a TU summit on renewable energy. I immediately connected with the straight-talking, self-proclaimed redneck from Powder Springs, Georgia, who in one breath talked about the dire need to address climate change and in the next proudly stated, “I’d shoot rats out of a dumpster to get my sporting fix.” Over dinner, we swapped stories and hatched a plan to float the Lower Sac and talk climate change when I made it out to Redding in a few weeks.

It was a dreary, windy morning when I pulled up to the boat launch just minutes from downtown Redding. The boat was already in the water, and Matt Zalensky, our guide, was raring to go. We hopped into the boat and headed out to chase trout and chat climate change.

Back in Saratoga, during T.O.’s presentation at the summit, he laid out some staggering figures for a worst-case scenario impact of climate change on domestic coldwater fisheries by year 2050. I had seen the numbers before, but in disparate places. When T.O. laid them out one after the other, they were alarming and painful. Here they are:

The rat-shooting, boar-hunting, do-whatever-it-takes-to catch-fish, self-proclaimed Georgia redneck is an odd figure to be a champion for trout and climate change warrior, but for T.O. it’s simple. Whether you believe it’s naturally occurring or man-made, climate change is real. And as he told me, “It’s the biggest threat to coldwater fisheries.” 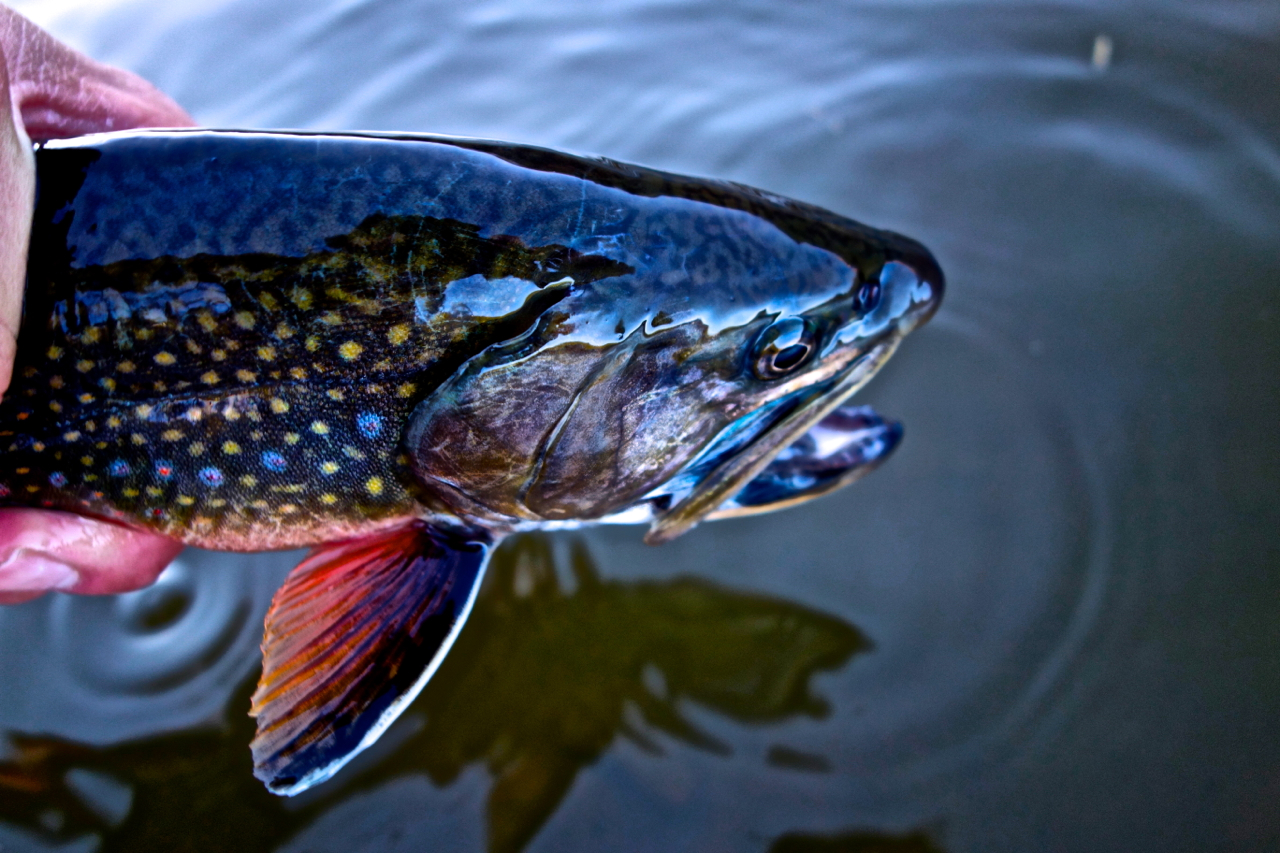 Native brook trout in the Appalachians stand to lose up to 50% of their habitat by 2050 due to climate change.
Photo by Paul Moinester

Prior to working for Trout Unlimited, T.O. spent fifteen years working for the Director and Deputy Directors of Montana Fish, Wildlife and Parks. During his tenure overseeing some of the most famed fly fishing waters on the planet, he watched climate change degrade the rivers he cherishes. He saw more than 20 miles of blue-ribbon trout water on his beloved Yellowstone River vanish, and it shook him to the core.

As T.O. noted on our float down the Lower Sac, in between fighting the strongest trout I’ve hooked anywhere, our coldwater fisheries are already facing innumerable threats – from poorly planned land use activities, to pollutants, to invasive species. But climate change is different from these localized issues. It’s ubiquitous. It affects every trout, salmon, and steelhead. It’s an international problem that requires an international solution. 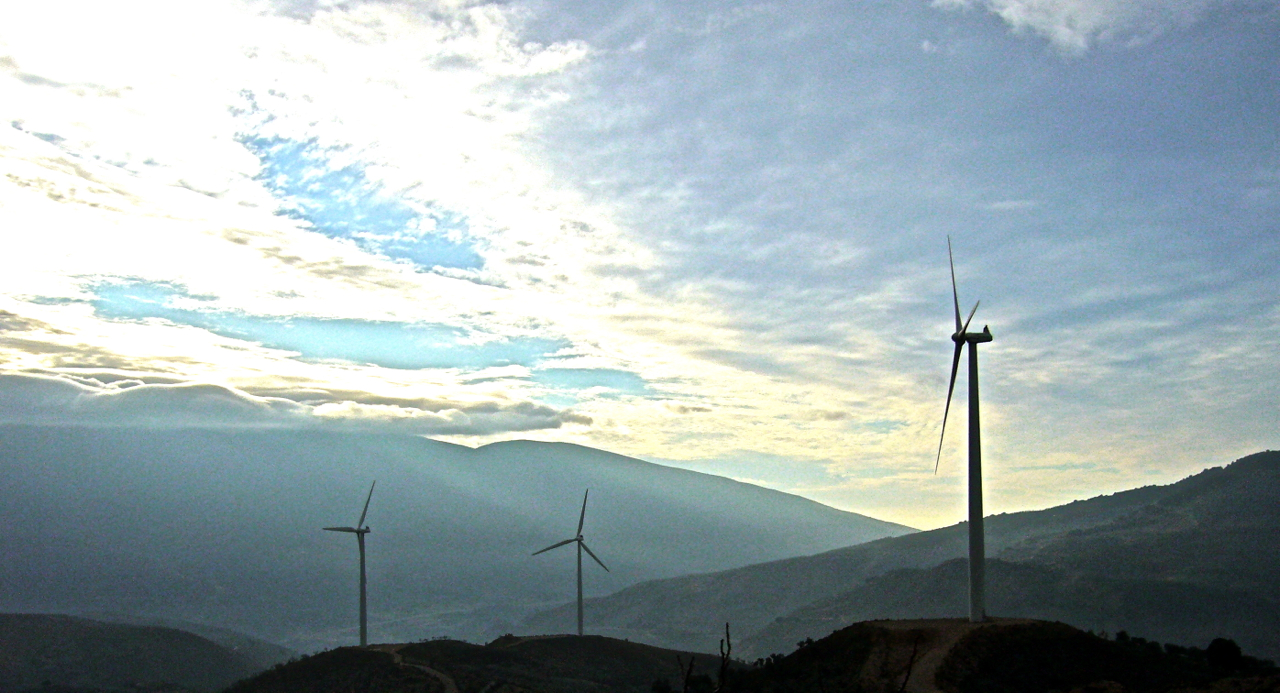 T.O. Smith works to convince sportsmen that wind projects are not all bad.
Photo by Paul Moinester

That’s a large part of the reason why T.O. left Montana Fish, Wildlife and Parks to work for TU. In his new role, he’s capable of promoting a responsible approach to wind and solar projects, which often face opposition from outdoorsmen who fear these developments will negatively impact fish and game. But T.O., who is personally concerned about some of the locales for these proposed projects, readily admits, “At some point, we have to make a sacrifice. We have to say we need these wind farms. We need these solar farms in order to conserve coldwater fisheries.”

As the fights over renewable projects demonstrate, solving climate change is not going to be easy and at times will undoubtedly get downright ugly. But as fishermen, it’s imperative that we unite to combat the deleterious impacts of climate change. Salmon, steelhead, and trout are some of the toughest, most resilient, and powerful creatures on the planet. It was a fact I received a schooling in, as I spent 20 minutes getting dragged around the Lower Sac with a doubled-over rod trying to reel in the mightiest trout I’d ever hooked. But despite their strength, these fish are powerless in the fight against climate change and are in dire need of our help.

2050 sounds like a long time from now, a distant feature. But I plan to be around in 2050. I’ll be 65 and god willing still chasing trout and salmon on the fly, hopefully accompanied by my kids and grandkids. I’ve spent the last five months fishing many of the waters T.O.’s stats indicate could no longer exist. I can’t imagine this country without them.  I can’t imagine daydreaming about future fly fishing trips and not having these waters and fish as an option. It’s something I refuse to acknowledge and something we all need to work tirelessly to prevent. Too much is at stake right now to sit idly by any longer. 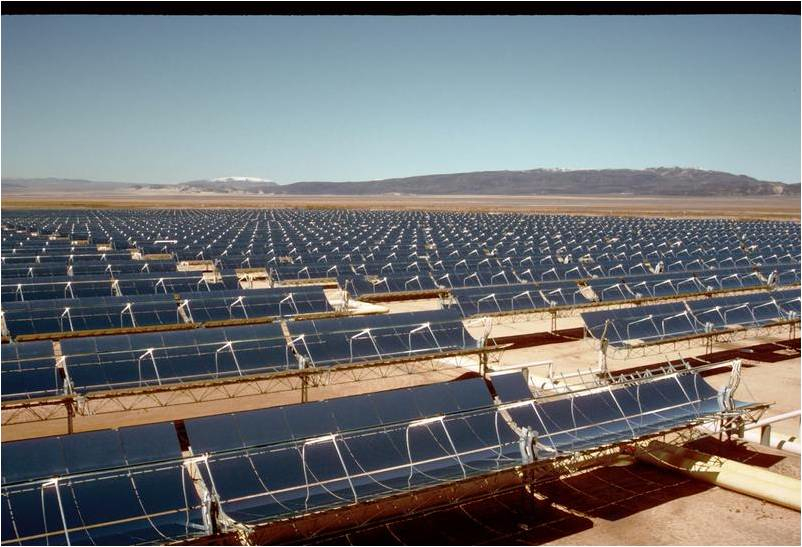 To learn more about the work T.O. is doing to promote the responsible development of renewable energy, visit the TU Renewable Energy page.  And if you are looking for some big bows and a great guide on the Lower Sac, give Matt Zalesny a call at (530) 949-0156.