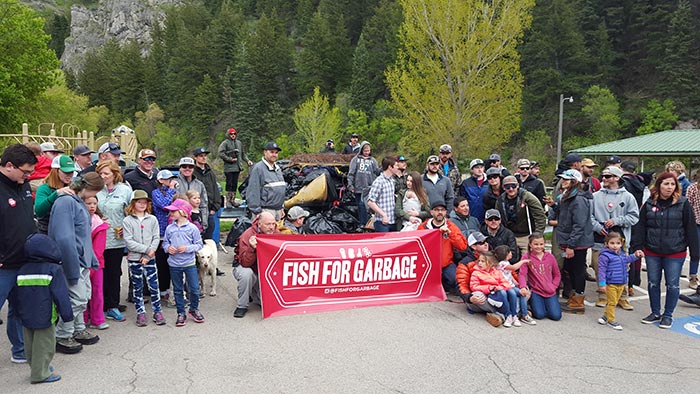 Volunteers pose in front of their garbage haul during the May 7th event in Utah.
Photo by Ryan Newman

Last Year, Ryan Newman of Rocky Mountain Outfitters posted about a productive river-cleanup event on the Lower Provo River in Utah, in which volunteers worked hard to remove debris from the water and the banks. This year, RMO combined efforts with Fish for Garbage and Brighton Anglers to reach even more people to help clean up their favorite river. According to Ryan, “So many people showed up and had a great time. It was awesome.”

Click here for a news report and video about the event. 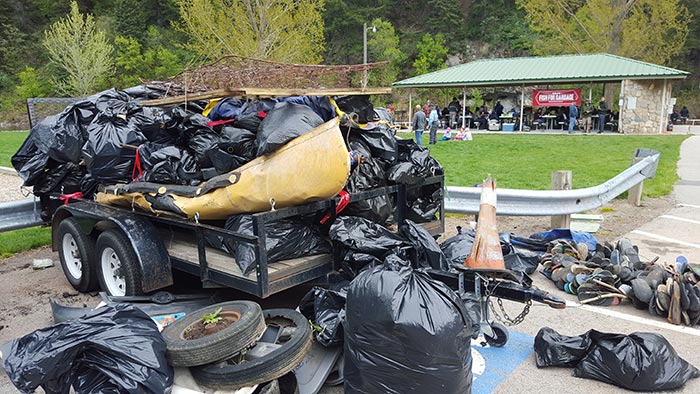 That is quite a haul for a single day of “garbage fishing.”
Photo by Ryan Newman 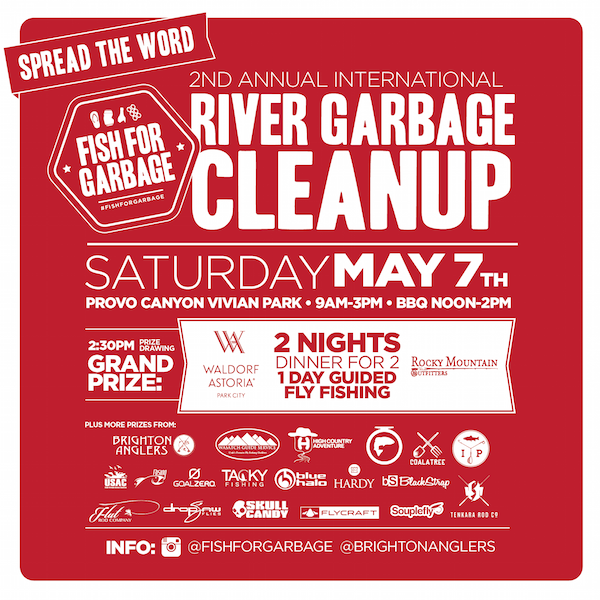 As an incentive, RMO gave away a trip to one lucky volunteer.
Photo via Facebook