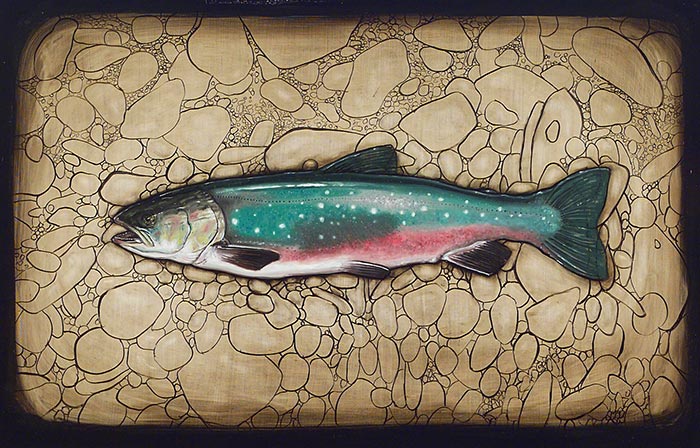 Artist and fly-fishing guide Alberto Rey was born near the Gulf Stream that flows by Havana, Cuba, and he has lived near moving water ever since.

After seeking political asylum, his family moved to Mexico City and then Miami, before settling down in a small coal-mining town in western Pennsylvania. It was there that Alberto started fishing at an early age. His fishing expeditions were rarely productive but the long hikes to the stream and the sense of discovering nature seemed to become almost as important as finding those elusive fish. Perhaps it was that sense of discovery that first lead Alberto to study Biology in college before he got seduced by art. 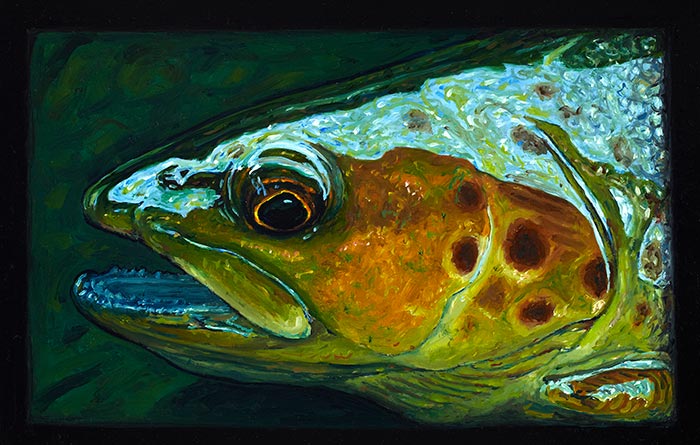 He did not pick up a rod for about a decade after he graduated, as he became obsessed with establishing his career. After he was offered his current position as an art professor in a small city near Lake Erie, he was able to pick up the fly rod again and begin to study the biology of the stream and the migration patterns of the steelhead that swam in the stream that flowed near campus. A couple years later, Alberto started a youth fly-fishing program to provide a productive activity for the inner city youth, and soon afterwards, he became an Orvis-endorsed guide.

It became clear that exposing youth to their natural environment and creating activities where they participate in protecting their local waters, can make a significant, positive impact on their role in society. Alberto soon also used his artwork to expose the public to their local unprotected natural assets that needed their attention. He started creating small paintings of the native fish species and the landscape where they were caught. The work slowly got more ambitious and now his exhibitions included large, ten-foot paintings, videos, water data, large scale maps and informational plaques about the history of the stream and the communities that settled next to it. 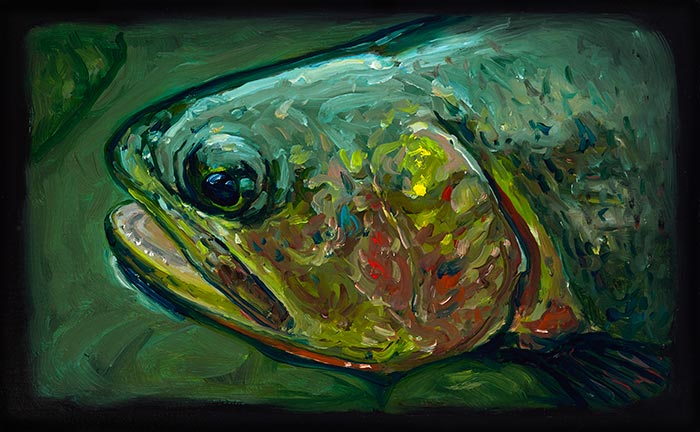 The work is now in twenty museum collections in the United States and Europe. This month, Alberto is traveling to Kathmandu, Nepal, where he has been invited to create an exhibition documenting the very sacred but extremely polluted Bagmati River that flows through the city. As part of the research, he will also be fly-fishing for snow trout in the only clean parts of the stream high in the Himalayas. 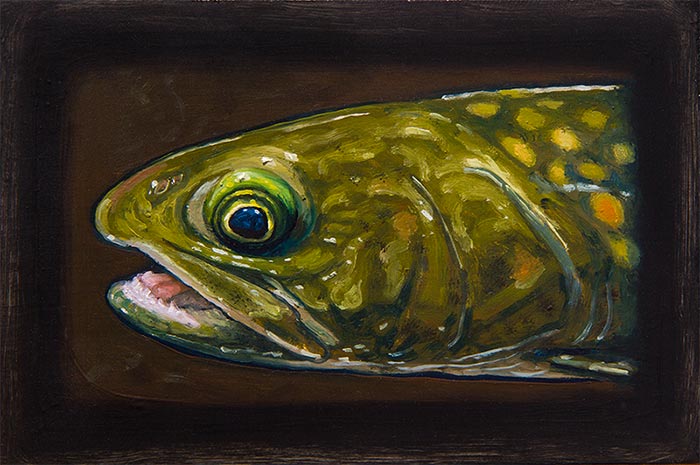 As a way of sharing the impact that fly fishing can make in our communities, Alberto and friends will holding our fourth annual Children in the Stream Conference. The conference is the only one of its kind in the country where they spend four days discussing the nuts and bolts of starting a youth fly-fishing program and discussing how to into integrate fly fishing into the science, art, literature and social studies curricula in schools. 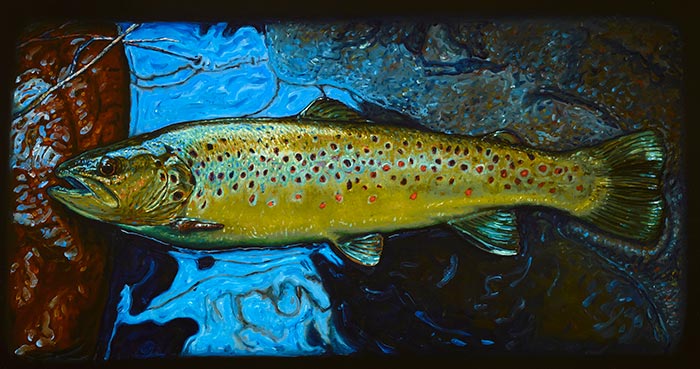 Alberto’s studio and home are now located on the banks of that steelhead stream that he fell in live with twenty-five years ago. This is where he and his wife have raised a family and where he continues to guide, teach, create art, and run an eighteen-year-old youth fly fishing program.

11 thoughts on “The “Biological Regionalism” of Artist/Guide Alberto Rey”