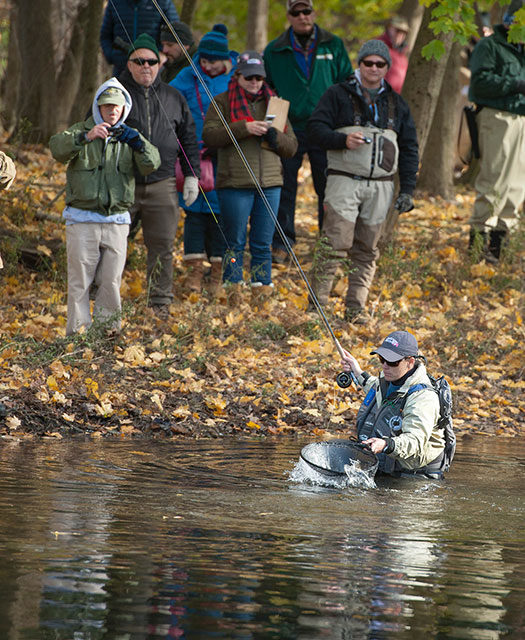 Anita lands another trout during her winning session on New Jersey’s South Branch of the Raritan.
Photo by Nick Romanenko

Last Saturday, New Jersey Trout Unlimited held their NJ Fly Fisherman of the Year Tournament. Each TU chapter in the statesends a representative to compete for the title. In addition to the TU chapter competitors, Casting For Recovery is also invited to send an angler. The tournament is followed by a banquet to help raise awareness to all things trout in the Garden State. 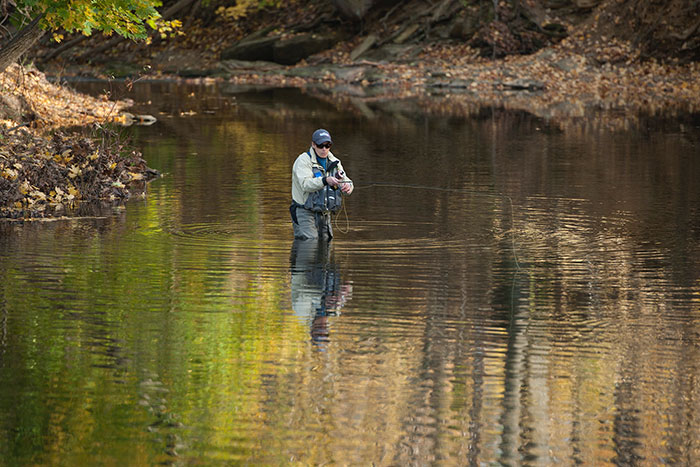 This year, guide Anita Coulton, from Cross Current Guide Service, fished for CFR and came out on top, capturing the coveted NJ Fly Fisherman of the Year award. (I guess they’re going to have to change the name to Fly Angler of the Year.) 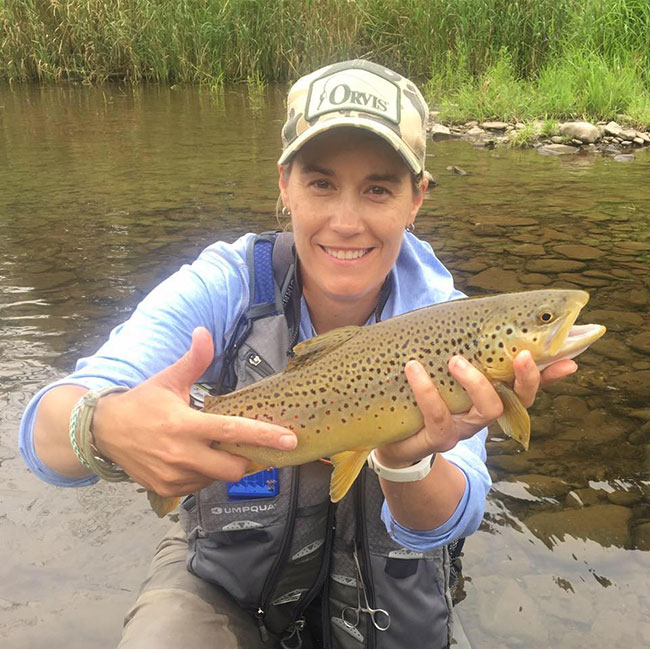 With more than two decades of fly-fishing under her wading belt, Anita was hardly a surprise winner.
Photo via facebook

Of course, Anita was glad to take home the prize, but she was especially excited to be a part of the good works that Casting For Recovery and Trout Unlimited do.