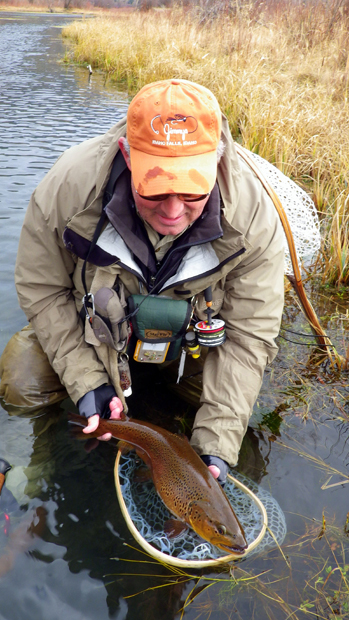 Back in February, we launched a fly-tying contest to celebrate a month of great deals on Orvis fly-tying materials. There were more than 700 entries, and our panel of experts had a very difficult task choosing one from among the many strong entries. But decisions have to be made. . . .

The Grand Prize goes to Kelly Glissmeyer, of Rigby, Idaho, for his KG’s Spring Creek PMD. The judges felt that Kelly’s submission offered the best combination of a great pattern and a good, clear, uncluttered photograph, and it’s a fly that they would tie and fish. They believe the pattern would be a killer wherever sulfurs or pale morning dun mayflies hatch—which would be most trout streams in the world.

Kelly says he has been fly fishing for over forty years and fly tying for the last thirty years. His day job is in developmental rehabilitation and helping those with challenges find meaningful employment.

Kelly will receive a new Renzetti Traveler 2000 Vise and a signed copy of Tom Rosenbauer’s The Orvis Fly-Tying Guide. Below are a photo and recipe, so you can tie up some of these Spring Creek PMDs for your own fly boxes.

15 thoughts on “Announcing the Grand Prize Winner of Our Fly-Tying Month Contest!”