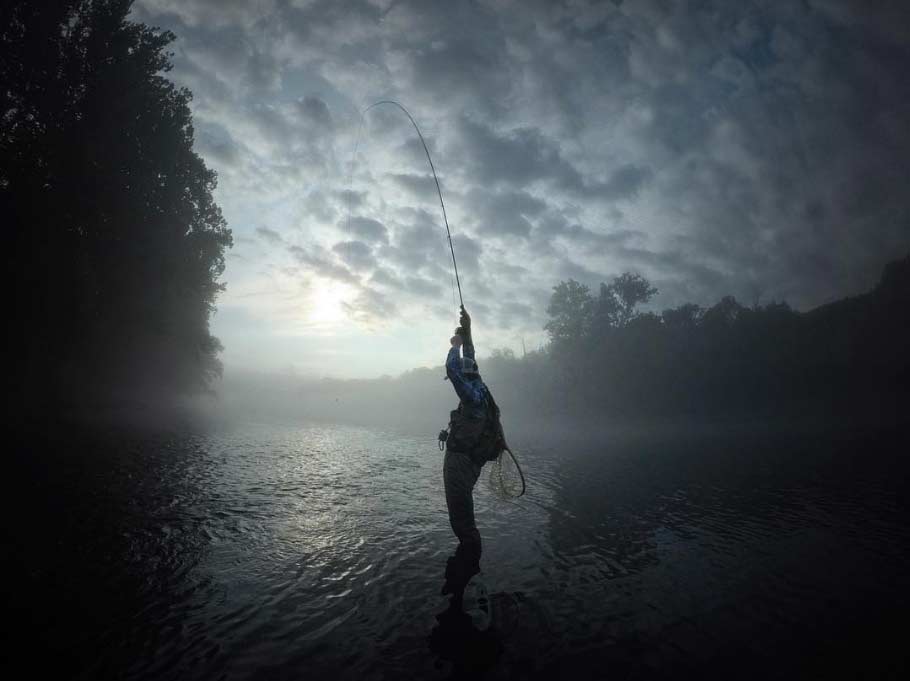 This year’s “20 Days in September” Contest represented a huge leap forward, producing more than 2,000 great photos from anglers around the world. (Although anglers outside the U.S. weren’t eligible for the prizes, many took the challenge seriously.) Even those who couldn’t get the full 20 days in seemed to enjoy discovering new waters right in their backyards and sneaking off for a few casts at lunchtime or after work.

Last week, we presented you with 10 finalists for the contest’s prizes. Right off the bat, one image began to run away from the others. After more than 3,000 voters had picked their top three images, our winner was on top by more than 900 votes. The battle for second and third places was very tight, though, with several position changes over the past week. Congrats to all the photographers who made the finals! 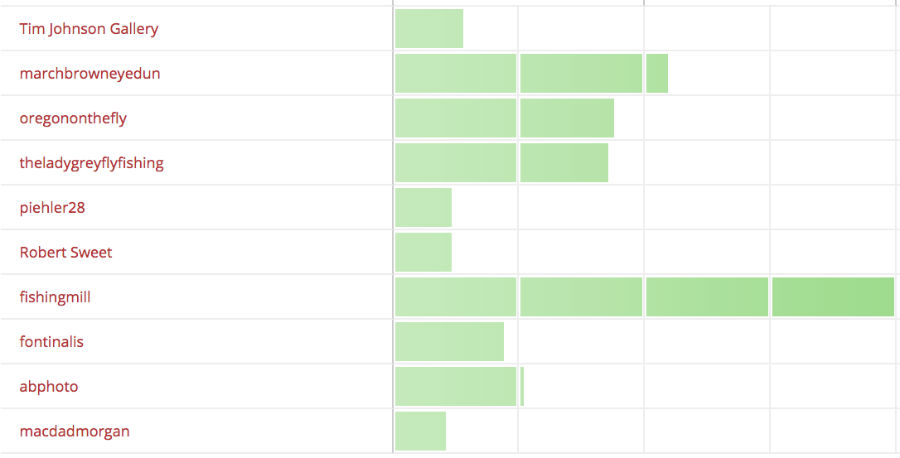 Your top choice was fishingmill’s dreamlike shot (above) of an angler fighting a fish on a misty morning. Incredibly, this is a self-shot photo. Winner Dan Miller, of High Ridge, Missouri, explained:

The picture was taken at Lake Taneycomo. I got on the water really early that morning. The fog was lifting off the water, so I positioned the camera for the shot. I knew there were lots of trout where I was fishing, so it was just a matter of timing the shot. Unfortunately, I didn’t land any big browns that day, but it was nice to get out on the water and catch some rainbows. When I am fishing, I’m always carrying a fly rod in one hand and a tripod in the other.

For capturing such a powerful image, Delano will receive a Helios 3 Fly Rod of his choice. 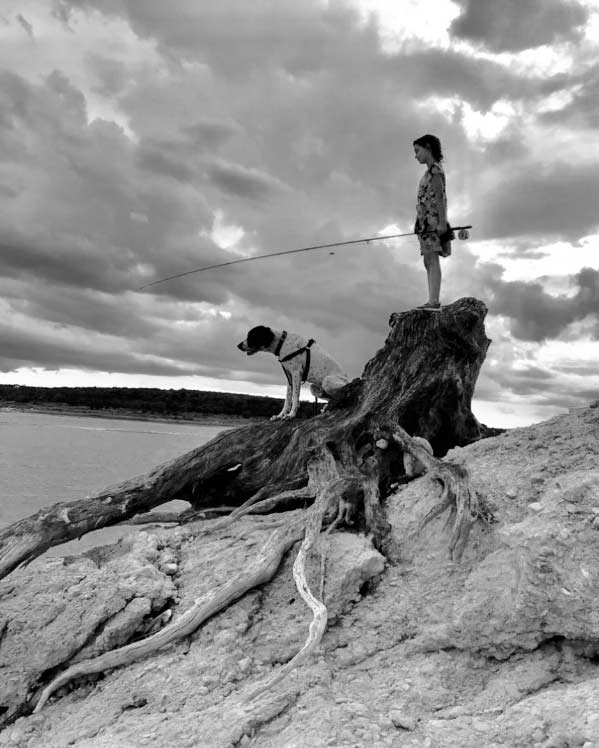 Voters loved how all the elements of this shot work together to capture the magic.
Photo by Jud Cherry

In second place was marchbrowneyedun’s glorious photo of a young girl and her dog scanning the horizon from shore. Photographer Jud Cherry, of Austin, Texas, described how the scene came about:

This photo was taken at Lake Georgetown in central Texas. The lake was very low, and we were able to reach out past the drop-off with our streamers and let them sink deep enough to tempt the large bass patrolling the rim of the main channel. A thunderstorm was brewing to the west, and as a large gray column of rain began to fall in the distance, we began the long walk back to the car wondering if we would get caught in it. My daughter, Deighan, climbed up on this stump to get a good view of the clouds. Ranger joined her, and I snapped a handful of pictures as fast as I could. Fortunately the rain went south of us and we made it to the car with dry clothes and a dry iPhone with some beautiful photos. It was a good day.

For coming in second, Judd gets an American-made Mirage fly reel, which he plans to put on Deighan’s fly rod. 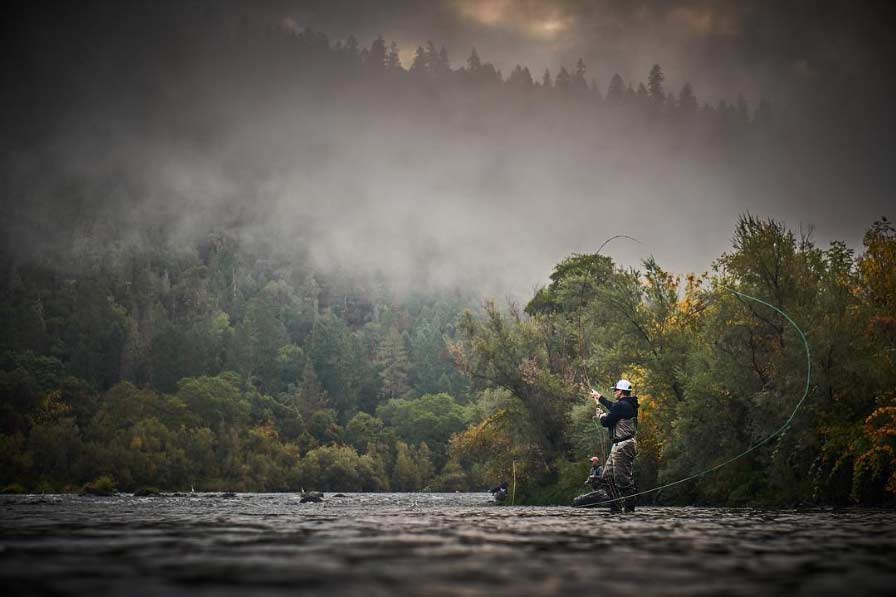 During a work trip to Southern Oregon, I took advantage of a Sunday off (the last day of September!) to fish the stunning Rogue River for steelhead. After swinging through the first run of the morning, I turned my attention back upriver to another angler working his way down the same run. After heavy rains the night before, the river gorge was filled with mist, first light was starting to break through, and the angler was forming beautiful D-loops. The scene was too stunning to not stop and photograph. After asking permission to take his photo, we continued to chat and fish, and before long we were floating the Rogue in his drift boat. A great day meeting new people, catching incredible fish, and experience a beautiful fishery.

Toby’s prize is a pair of American-made Orvis Nippers!

Everyone who voted for our finalists was eligible for a prize, as well. We plugged in the numbers, and the widget at random.org spat out a winner: Matthew McDowell, who wrote, “Those are tough pics to choose just three! Great contest!”

Finally, thanks to everyone who participated in this year’s “20 Days in September” Challenge by fishing, submitting photos, voting, or commenting (or all of these). This was a tough September for me, but I got my 20 days in with just a few empty spaces on the calendar to spare.

Here’s a great idea: Let’s all do it again next year!