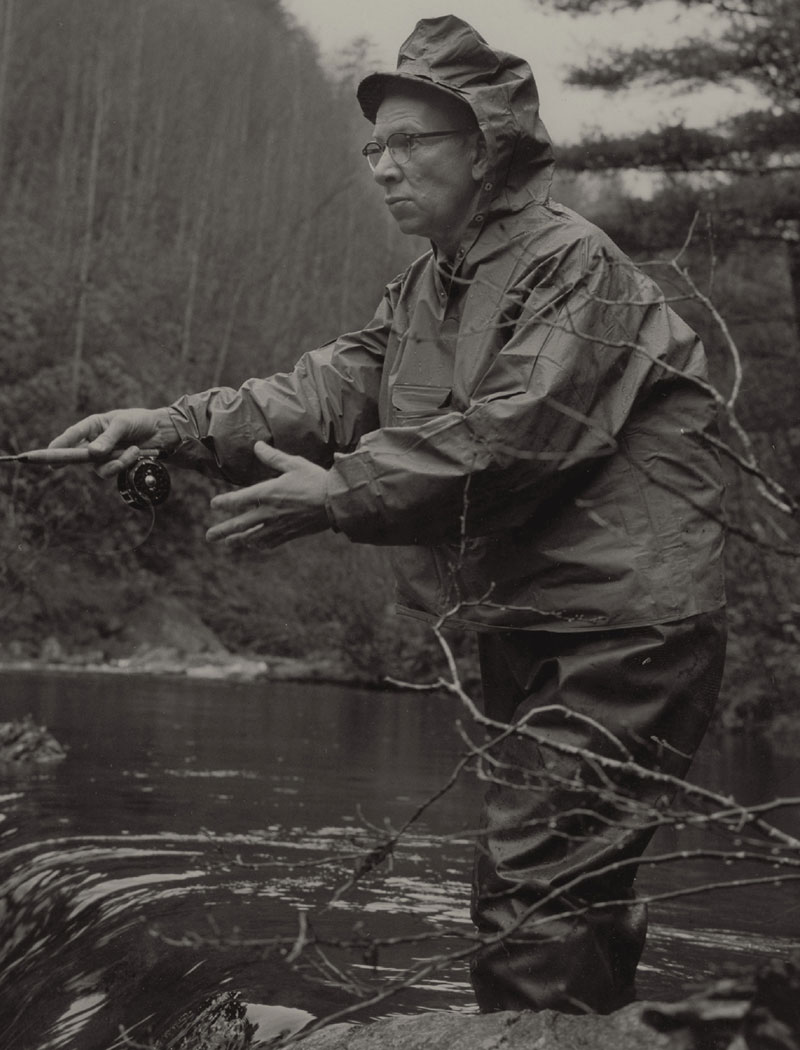 SAGINAW, Mich.— Art Neumann, one of the original 16 Michigan anglers who came together on the banks of the Au Sable River and founded Trout Unlimited in 1959, died Monday, March 21, leaving behind a legacy that has stretched for decades and resulted in some of the most important conservation work ever done in the United States.

Neumann was an integral part of the conception of TU, and played uniquely critical roles in early advocacy efforts and the expansion of TU from a Michigan-based organization to a national conservation giant. He was an effective grassroots mobilizer for the early effort to protect the Au Sable from habitat degradation and overstocking in the 1950s and 1960s. He lectured customers in his Saginaw fly shop on their responsibilities for protecting what they loved, and he traveled the country giving stump speeches to waves of new members, creating new chapters all across America in his role as the first executive director of TU.

“What Art did was to build an institution—an institution that began with him and a handful of other people along the banks of the Au Sable River who were tired of the state’s masking habitat degradation through stocking,” said Chris Wood, TU’s president and CEO. “Today, the ‘house that Art built’ includes 400 chapters, over 155,000 members and 240 scientists, biologists and other professional staff who serve to make fishing, and the places that fish live, better.”

Neumann was one of several anglers who helped TU grow into national prominence, and his role was one of a motivator who inspired others to get behind the efforts to protect the fish and the fishing they loved. For his efforts, he was inducted into the Fly Fishing Hall of Fame in 2008.

“All of the founders played unique roles. Some were the scientists, some played the role of politicians, others the administrators and financiers,” said Dr. Bryan Burroughs, executive director of Michigan Trout Unlimited. “Among them, Art was the activist, orator, mobilizer, engager, recruiter and grassroots builder. His skills and passion for this work were essential to the organization’s success. TU would not be what it is today, and would not have been able to do what it does for our trout and salmon, if it were not for Art Neumann.”

Today, TU is perhaps the most effective conservation organization in America. It’s volunteers contribute upwards of 700,000 hours of service every year, and over the course of it’s 57-year history, it has restored thousands upon thousands of river miles, worked in the halls of government to permanently protect millions of acres of trout and salmon habitat and helped introduce thousands of Americans to fishing and conservation.

“Art lived a long life, built an institution to last, got to watch the seeds he planted grow, and left the world better than he found it,” said John Walters, chairman of Michigan Trout Unlimited. “That’s a success, and a life worth celebrating. Rest in peace Art.”

Neumann is known for penning the “Philosophy of Trout Unlimited”, which can be viewed online. It’s best summarized by the saying, “Take care of the fish and the fishing will take care of itself.”

A full obituary and tributes to Art and his life will be posted at michigantu.org. as they become available.

Trout Unlimited is the nation’s oldest and largest coldwater fisheries conservation organization, boasting more than 155,000 members from coast to coast. TU works to protect and restore trout and salmon populations and their habitat so future generations can fish for trout and salmon in their home waters. Follow TU on Facebook and Twitter, and on the TU blog.

5 thoughts on “Art Neumann, a Founding Father of Trout Unlimited, Has Passed Away”