[Editor’s Note: Autumn Tailwaters is a new film from Matthew Novak, and he’s written an essay to accompany the trailer. Here’s a synopsis of the project: Six Men from all walks of life decide to meet up in the Catskills for a weekend of camping and fly-fishing on the Esopus River. They quickly find out that fishing is more than catching fish, and even the simplest adventures sometimes are the most fulfilling.]

I’ve always thought that great cinematographers were the kind of people who could film anything, anywhere and still tell a great story. I am not one of those people. I tell stories about the things I love. In fact, I often think that I facilitate the telling of a story better than I tell it. When I set out to make a film about a fly-fishing adventure, my biggest concerns were never What if the conditions are terrible? What if we don’t catch any fish? What is the Lighting is impossible to shoot in? I was worried that if the fishing was really good I couldn’t resist putting the camera down, stopping filming, and just fishing.

As it turned out, the fishing never got so good that I wanted stop filming completely, but I’d be lying if I said I didn’t set my camera down when I found a great log jam or a deep pool. I learned a lot on our short trip, filming Autumn Tailwaters, mainly that I was able to enjoy standing in the middle of a river with a camera in my hands just as much as if I was fly-fishing. And that is what became the theme of the film, as I sat down and was able to speak with everyone who came along. Fly-fishing is more than catching fish, and that weekend, fly-fishing meant escape for some, a break for others, and for me fly-fishing meant standing waste deep in a beautiful run with a camera, while my fly rod sat 40 yards away from me, waiting to be used. 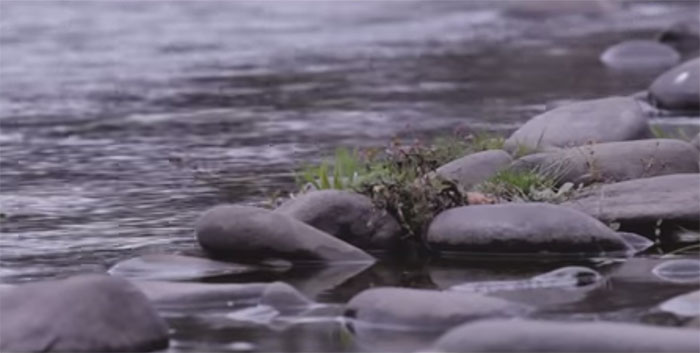