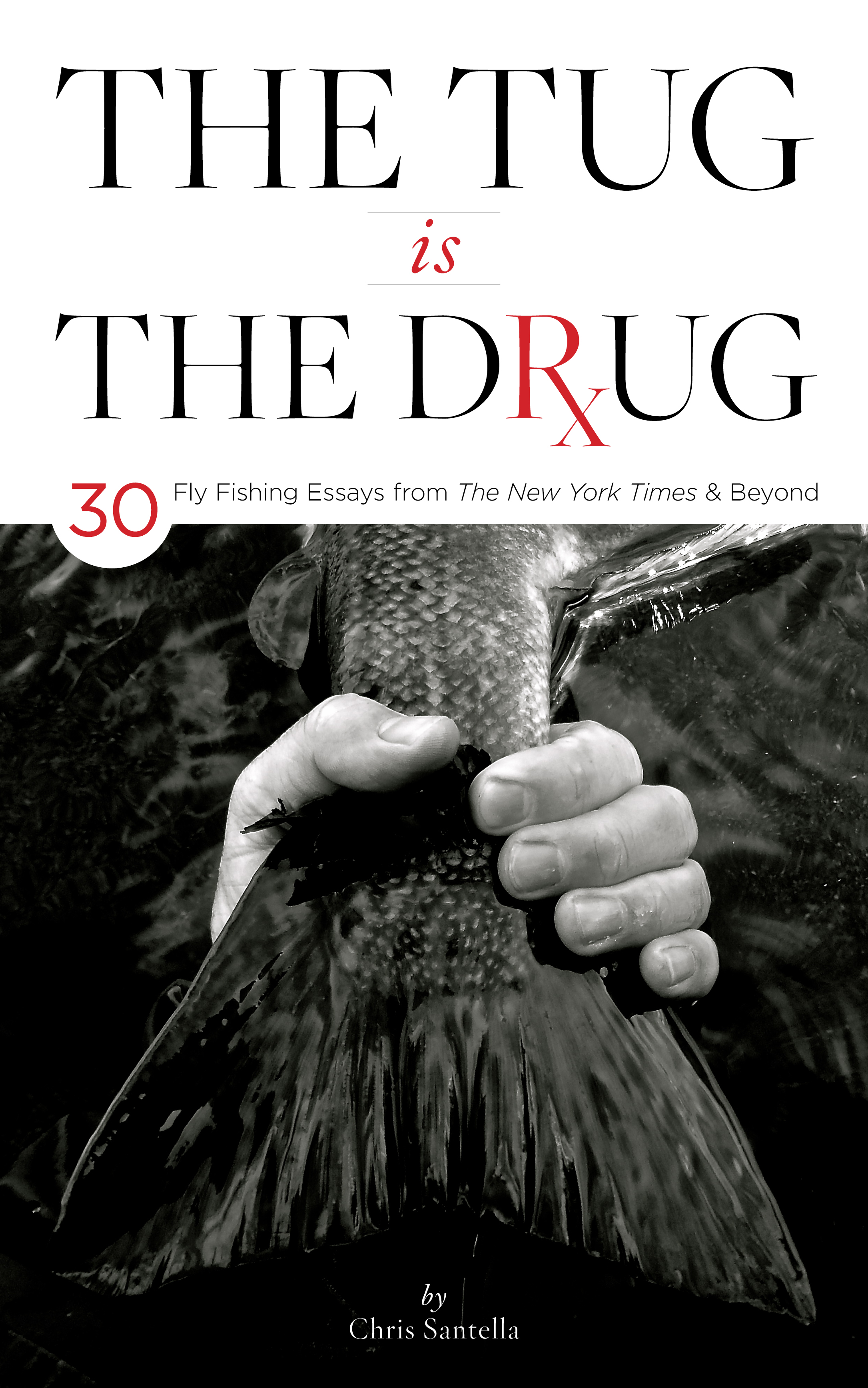 [Editor’s Note: You may know Chris Santella as the author of Fifty Places To Fly Fish Before You Die. His new book, The Tug is the Drug—the first in a new publishing partnership between Headwater Books and Midcurrent—collects Santella’s first-person fly fishing narratives, including many stories that first appeared in The New York Times. In this excerpt, he writes about working hard, under tough conditions, to find success on the tarpon lakes of Mexico.]

I can’t help but think of Heart of Darkness as guide Carlos Castillo from Costa Maya Lodge pushes my companion Geoff Roach and me through a tunnel in the mangrove swamps that envelop much of Costa Maya—the inland region of the southern Yucatan stretching from Bahia Espiritu Santo in the north and Belize in the south. The unrelenting sun is momentarily blotted out, and egrets, herons, and other birds I can’t quite identify scream hysterically as we negotiate our way around a sunken panga boat blown here from the sea by Hurricane Dean in 2007. Mangrove crabs scuttle above my fingers as I grab branches to pull our flats boat through a channel that’s barely wide enough to accommodate the craft. After several twists and turns, there’s a flash of blue at the end of our mangrove maze, and the crash of a heavy body dropping into water.

We’ve arrived at Murky, one of Costa Maya’s saltwater lakes, where lucky anglers have the privilege to do battle with “baby” tarpon ranging from six  to 40 pounds … and more.

The mangrove-enshrouded lakes and their inhabitants—snook, barracuda, and snapper, in addition to the tarpon—are phenomena peculiar to the state of Quintana Roo on the eastern side of the Yucatan Peninsula. Here, cenotes (pronounced “say-no-tays”) punctuate the limestone strata, granting access to underground rivers and caverns. Near the town of Majahual, cenotes connect roughly a dozen lakes to the Caribbean, allowing salt water (and a host of its denizens) to pass freely back and forth. The lakes themselves are shallow, seldom exceeding depths of four to six feet; devoid of predators and brimming with baitfish and other feed, they provide an ideal nursery ground for young tarpon. The Mayan people revered cenotes, viewing them as portals to a spiritual world below the earth. Fly anglers who’ve had the chance to visit the lakes profess a similar reverence. The reason is simple—the tarpon here are contained in a relatively finite space, providing visitors multiple opportunities to jump fish. Since access is limited to a small group of permit holders, the fish see very few flies, and thus remain aggressive. 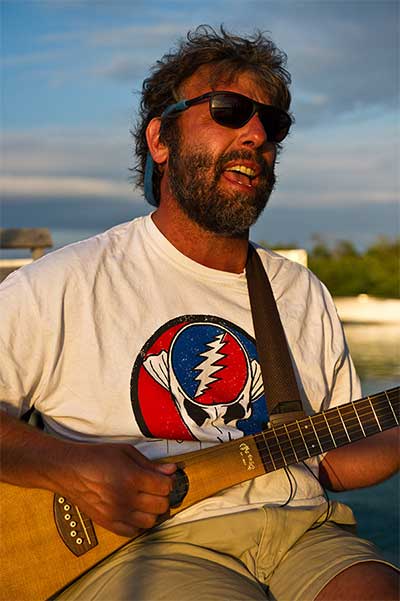 Aggressive may be a gross understatement. While these juvenile tarpon are a fraction of the size of the hundred-plus-pound behemoths that patrol the flats and reefs of the Caribbean, they lack none of their elders’ penchant for violent takes, which telegraph through an 8-weight fly rod like a roundhouse right to the temple. If you’re not jolted into the present by the tarpon’s take, their first jump—within one to three seconds of the take, in my experience—will put you in a panic mode. The visceral fury of that leap, with the sun glinting off the fish’s large silver scales as if it were a spiraling chrome bumper instead of the largest member of the herring family, sparks an unfortunate Pavlovian response from unschooled tarpon anglers: you immediately lift the rod, which 99 percent of the time will terminate your connection to the tarpon. (First-timers will claim that they’re reverting to trout-fishing techniques; I believe the rod-lifting is a fear response, an attempt on the angler’s part to shield his or herself from the projectile outside the boat!)

Fly fishing for tarpon on the cenote-fed lakes around Majahual is something of an endurance contest. While Geoff and I cast to many tarpon that we or Carlos spotted, a majority of the day we traded off making long, blind casts with large flies to the mangrove shoreline, sometimes battling a significant wind. The closer your fly is to the mangroves the better, as the fish often tuck far beneath the foliage; it was not uncommon to hear single or multiple fish splashing about in a foot of water under the mangroves. (On one occasion we heard an extended period of crashing accompanied by the agitated cries of egrets, followed by silence. “Cocodrilo,” Carlos said matter of factly.) Casts to the edge or below the mangroves would occasionally draw a fish out from the shadows, but more often we’d overshoot the mark and have to pole to the shoreline to retrieve our popper, Clouser, or Snookeroo, a floating deer hair creation resembling a steroidal Muddler Minnow that’s a favorite on the lakes. “You’re fishing formono (monkey),” Carlos would say with a smile. Sometimes, a tarpon or snook would lazily swim past as we untangled the fly, adding insult to injury.

When the angler manages to avoid the mangroves and get the fly in front of the fish, it’s important to keep your fly moving. “If the fish gets too close, it will smell the fly and realize it’s not something to eat,” Carlos explained. Fish will follow for long distances, sometimes exploding on the fly within a rod’s length of the boat.

On the afternoon of our last day on the tarpon lakes, I’d been able to jump several fish, lifting my rod each time to cut my battle short. As Geoff climbed to the casting station, a fish swam into view between the boat and the mangroves. Geoff made a quick, short cast and the fish quickly obliged. With admirable composure, Geoff kept his rod tip down, strip-set the hook in the tarpon’s hard jaw, and braced for the tarpon’s leap. When it soared skyward, he dutifully bowed the rod, minimizing the slack line that allows the fish to frequently throw the hook. The fish stood its ground, neither ripping line from the reel nor surrendering to the pressure of Geoff’s rod. A few minutes later, the standoff was over, and a fish approaching 20 pounds was in the boat. As Geoff removed the fly and returned the fish to Murky, a tiger heron cried out in seeming appreciation from atop the mangroves, its hoarse cry rising above the crash of the Caribbean surf 100 yards to the east.

Click here to learn more or buy the book at Amazon.com