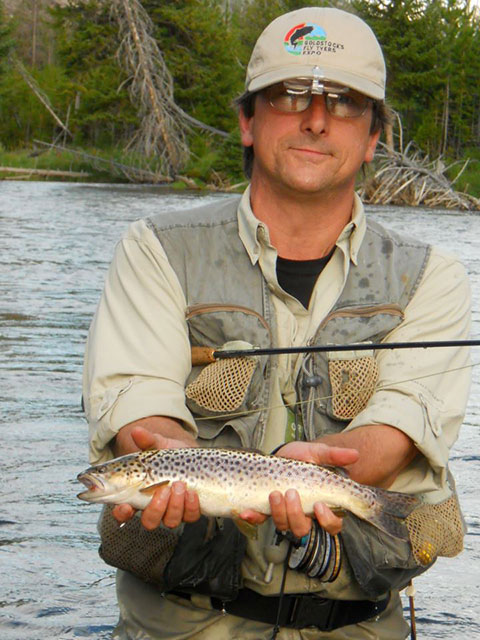 Journalist Morgan Lyle has created a great book of flies that anyone can tie.
Photos by Morgan Lyle

[Editor’s Note: My friend, Morgan Lyle, is the author of Simple Flies: Easy-to-Tie Patterns That Catch Fish, which is for those anglers who aren’t–or don’t care to be–master tiers but who still want to create useful patterns. All the flies in the book can be whipped up in a couple minutes and are proven fish-catchers. Click here for more info.]

In 2013, I became a big fan of fly fisherman and writer Bob Wyatt. His book, What Trout Want: The Educated Trout and Other Myths first seduced me with great writing, then convinced me with great, simple patterns.

On my local spring creek, the Carmans River, where the trout like my elegant, slim-bodied Catskill style dries, they like Bob Wyatt’s flies, too, though his flies are very different.

The Carmans is home to both wild and stocked trout. But the hatchery fish with less-keen survival instincts don’t last long there; the Atlantic coast is home to osprey, herons, kingfishers, and other birds of prey that are skilled at catching fish in ponds, estuaries, and coastal creeks, and I think they’re glad to see the stocking truck arrive every spring. Plenty of stockies go home with early-season anglers, too. Only those with greater wariness (or maybe just better luck) manage to survive throughout the season. As for the wild trout, well, you think wild brookies are dumb and easy to catch? Not these guys. They see a lot of flies – they live in a township with a population of nearly half a million, after all – and their ancestors since time immemorial have lived with the prospect of being plucked from the water by a hungry bird.

In short, the trout that remain in the Carmans once the gullible stockies are gone are very spooky (the term Wyatt prefers to “smart” or “fussy” or “selective”). 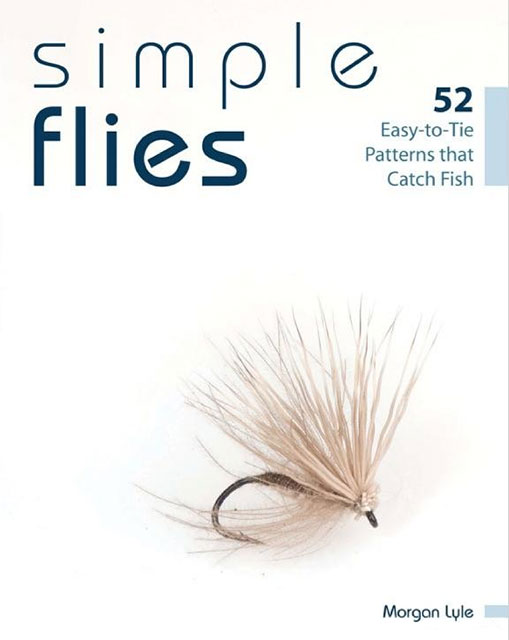 It was on the Carmans that Wyatt’s dry flies (damp flies may be more accurate) proved themselves to me. One is the Deer Hair Sedge, which has a body of dubbed hare’s mask and a wing of deer hair. The other is the Deer Hair Emerger, made of the same things but tied on a curved hook. On both flies, the wing floats but the body sinks. These aren’t the only two flies Wyatt ever uses, but they’re the ones he uses most of the time.

No tail. No hackle. Nothing but the essentials. Fly-fishing orthodoxy would say a fly like that might take fish in broken water, where the trout don’t get a good look at it, but here I was catching spooky trout in calm water 50 miles from New York City.

Wyatt’s flies are like the simple, workaday flies he saw his elders using in Alberta as a boy. They weren’t unlike the Haystack – simple and buoyant. “Trout respond to the basic shape and size of the natural, rather than the minor details, which is why a good buggy impression is so effective,” he writes in What Trout Want. “The idea is to concentrate on the insect’s posture and behavior rather than details of form. Fran Betters’s scruffy Usual is more or less the modern archetype of this approach to fly design, but the look really goes back centuries.”

A sedge is a caddisfly, but after moving from western Canada to Scotland, Wyatt established the effectiveness of the DHS in mayfly hatches – not on rushing mountain rivers, where the fast current and broken surface could excuse the trout for their mistake, but on the lochs. He and his friends used the DHS to catch thousands of wild browns when mayflies were on the water. Then, as if to dare his flies to take on the world’s toughest trout, Wyatt moved to New Zealand, where his simple patterns have continued to perform. 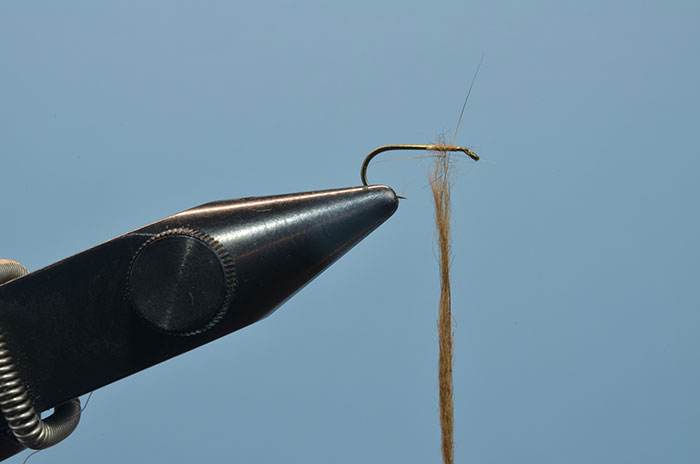 1. Start the thread at the eye and wind back a few turns. Add a small pinch of dubbing to the thread. 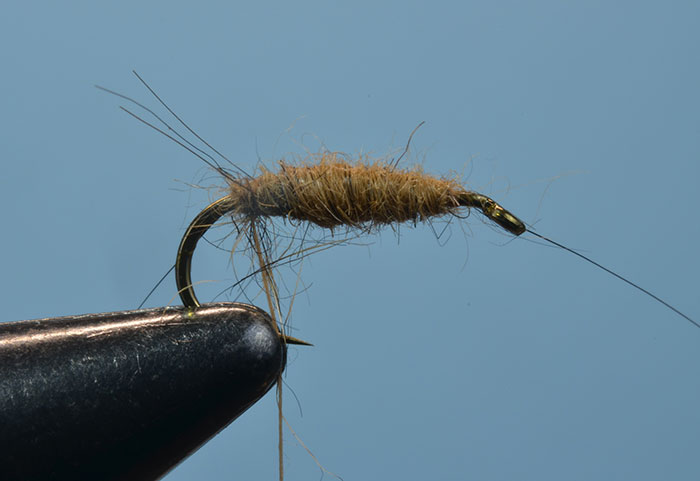 2. Dub a robust, spiky body and wind it to near the eye. Spiral-wrap the thread forward to form a rib. Leave a little space behind the eye to tie on the wing. 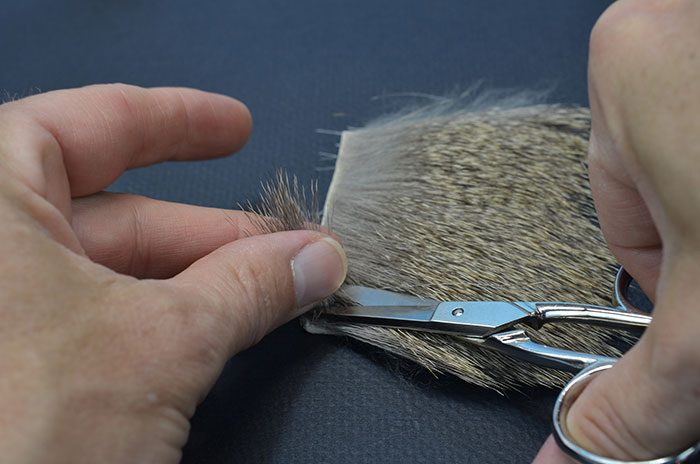 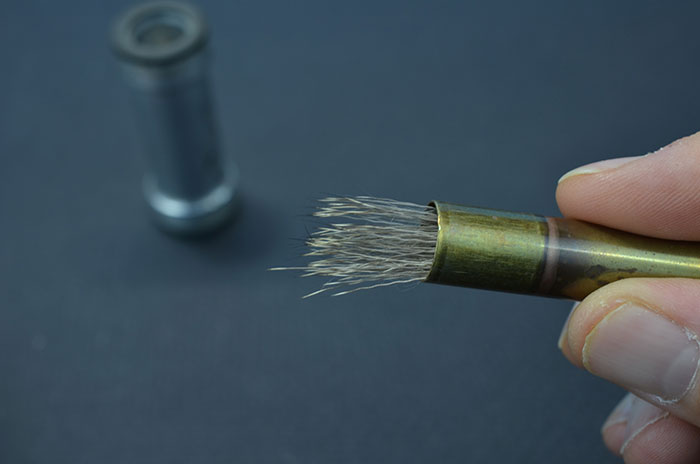 4. Stack the hair and measure so that it extends a little beyond the hook bend. 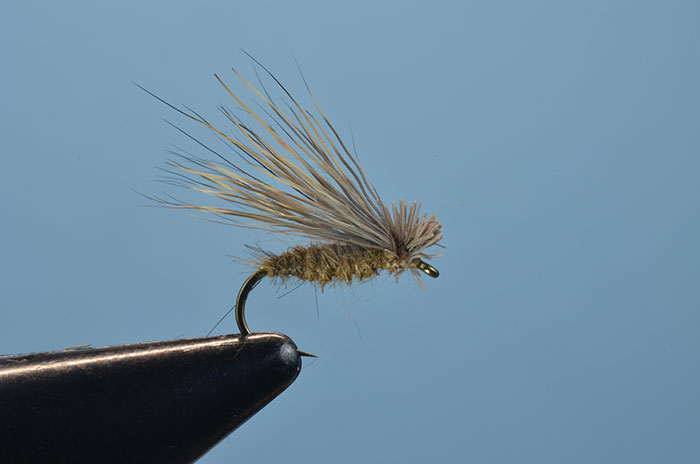 5. Tie in deer-hair clump behind the eye. Snip the butts to form something of a bulky head. Whip finish under the butts.

Wyatt notes the Deer Hair Sedge makes a good stonefly pattern tied in size 4 or even 2, with a few rubber legs dangling from the body. These are easy to use: Just bind a couple of two-inch pieces onto the front half shank and wrap around them when you reach them with the dubbed thread. Leave them nice and long so they wiggle; don’t worry about making them the length of a real stonefly’s legs.

4 thoughts on “Book Excerpt: How to Tie the Deer Hair Sedge”