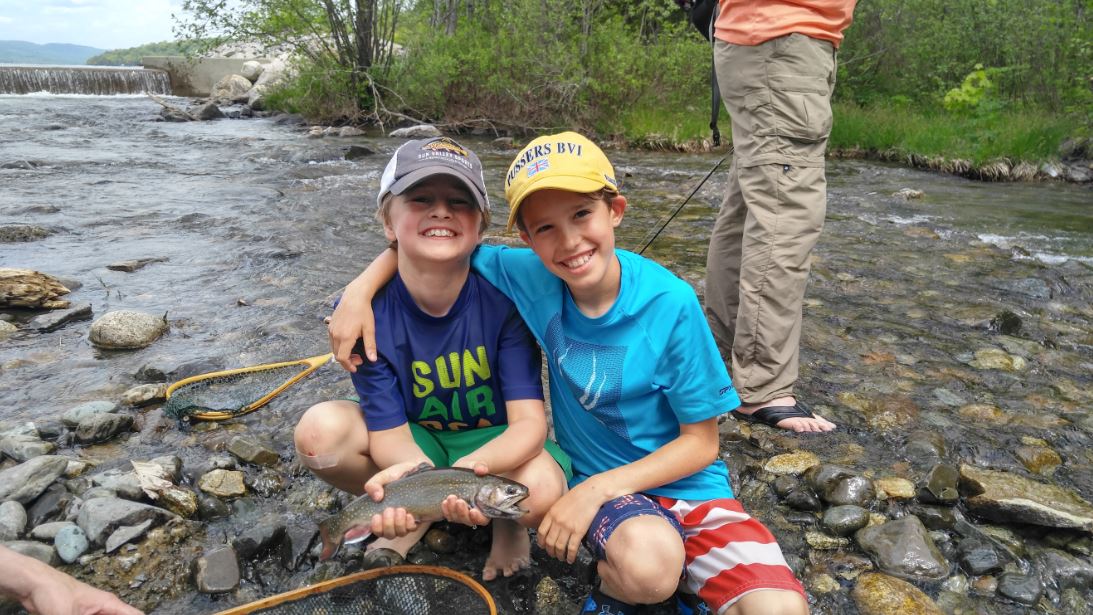 Elliott and his equally proud cousin take time for a photo op.

The trout were hungry that day, my friends.

Each Memorial Day Weekend my father, my brother, and I—along with our two oldest boys—go in search of brook trout in the western Maine woods. Typically, we don’t need to venture too far from the lake where my parents live, and this year was no exception. We headed down to where the lake runs into the outlet stream and discovered a large pod of fish smashing caddisflies with reckless abandon. 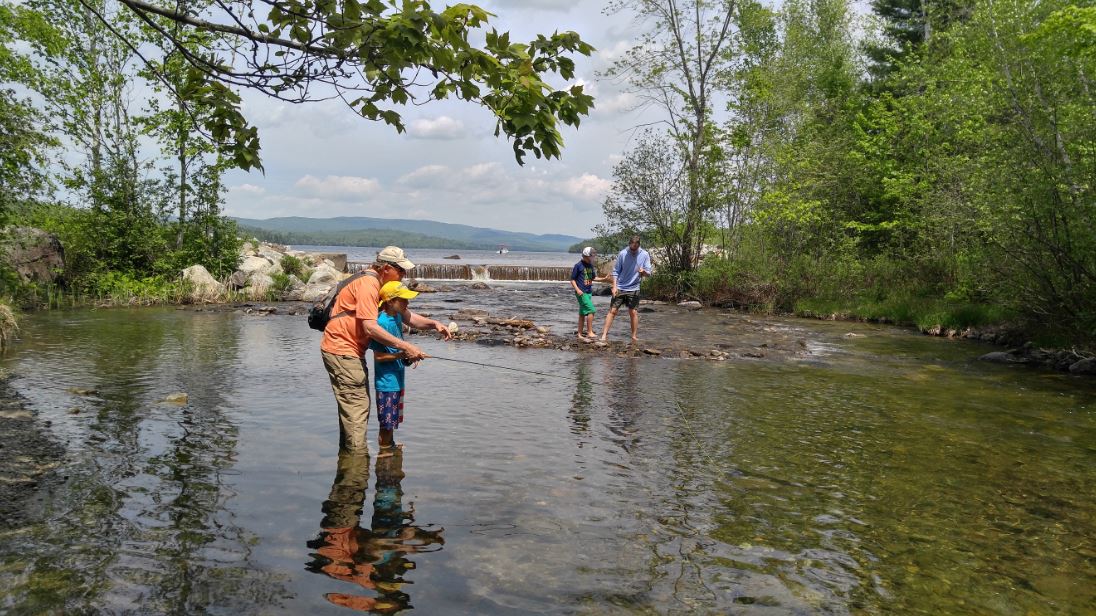 A family affair: Grandpa and an uncle help the boys get started.
All photos by Kerry Kimball

The gin-clear pool is only open to anglers 16 years or younger, and as we discovered this year, will hold trout up to 15 inches, many the product of a local hatchery. For cousins Elliott and Harrison, who are both 10 and just picking up the sport of fly fishing, there was no better place to experience casting a dry fly, setting the hook, and landing then releasing a colorful brookie back into the water.

Elliott moments before setting the hook on a nice brook trout.
Photos by Kerry Kimball

Nearly every cast produced a dramatic rise, and nearly every rise produced a fish on the end of the line. We whooped, we hollered, we were consumed by black flies, but no one cared. The two boys learned an important truth in fly fishing this weekend—like the wet and the cold, biting bugs don’t seem to bother you when you’re catching fish. 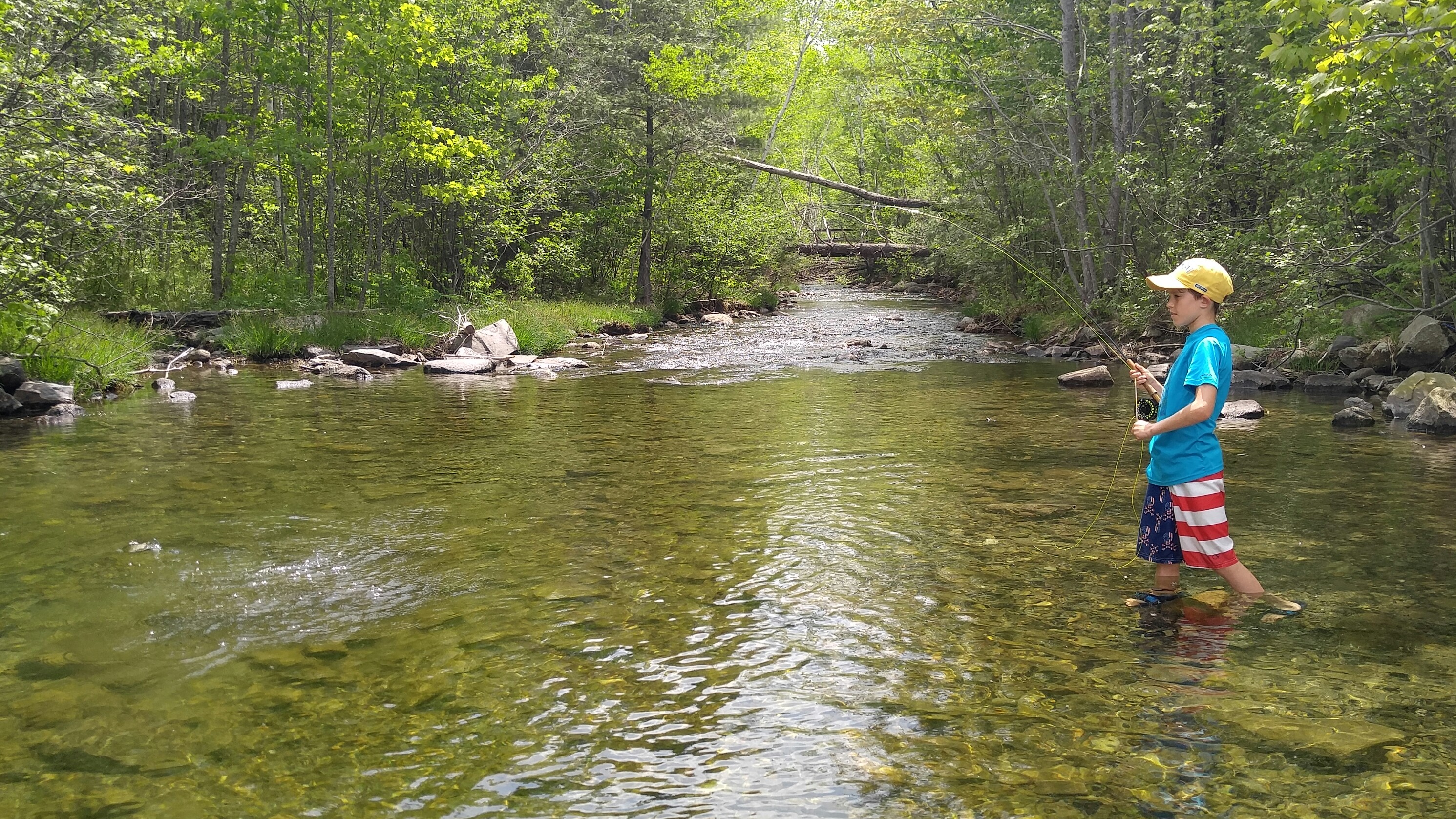 Harrison plays fish at the tail of the run.

The boys had a great time fishing together and congratulating each other every time another trout was brought to hand. It was a good day.

One thought on “Photos of the Day: Memorial Day Brook Trout Adventure”