Thayer Janes found that his Montana skills required some tweaking to fool New Zealand trout.
All photos by Thayer Janes

I once had a friend tell me after a long, unfortunate day of fishing, “Pal, that’s why they call it ‘fishing’ and not ‘catching.’” Well, it seems like I have been saying those words far too often here in New Zealand.

As I walk back to the 1994 Honda Odyssey camper-van I have been living out of for the last few weeks, my thoughts drift back to the trout I had just failed to catch. By trout, I mean large, almost unrealistically large, New Zealand brown trout. To be honest, I haven’t seen anything like these things: their size, their colors, and their ability to really piss you off. At times, I feel like I’m fishing for alien fish on an alien planet. Not only are these fish gigantic, but they seem to be of an intelligent, telepathic, life-form. They can see you 30 feet back, down river, around the bend, behind that bush you think your so cleverly hiding behind.

Thayer met up and fished with Hannah Perkins on the South Island.

I’m from Montana. I grew up in Bozeman and started watching my dad fly fish before I even knew how to walk. Once I cast my first fly, I never seemed to look back. I grew up fishing rivers such as the Gallatin, the Missouri, the Madison, the Bitterroot, the Blackfoot, all the local classics. You name it, I’ve probably taken a few casts. I came to New Zealand in hopes of landing that trophy brown everyone so dreamily talks about. I naively envisioned hopping off the plane, grabbing my 5-weight, and catching New Zealand hogs by sundown.

The landscape and rivers are among the most beautiful in the world.

In New Zealand, the proper way to fish for these trout is to spot them first. You usually walk upstream, look for anything remotely fish-like, move slowly behind the fish, and cast. Most of the time, these fish only allow for one good cast. Not only does your cast have to be flawless, but that fly better be exactly what that fish is looking for. If you even slightly miscast or pass the wrong fly, that fish probably won’t feed until tomorrow, maybe even the next day. You might as well keep walking and look for a new target. I’m still amazed by the cunning intelligence of these trout. They seem to know your move before you do. 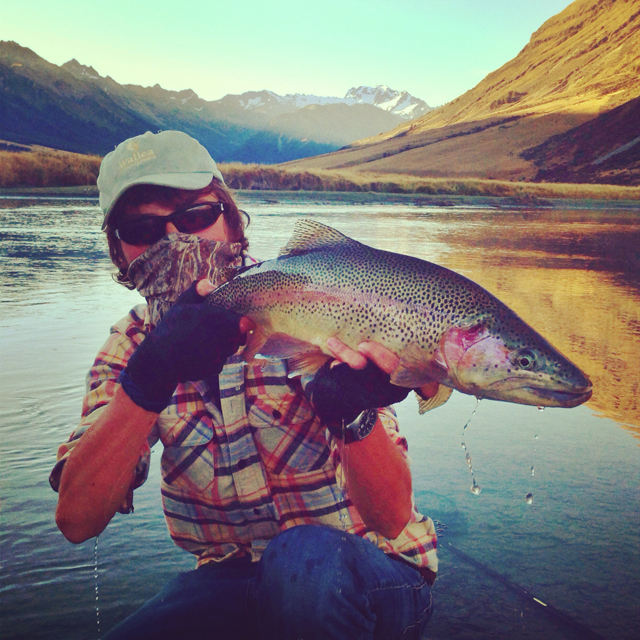 Okay, so the fishing is tough. “Get over it,” I said to myself. I did. It’s part of the challenge and it’s why people from around the world visit New Zealand to fish, year after year. Sure, there were times when I wanted to break my rod, shout, scream, and even sometimes cry. But there’s a moment when you realize where you’re standing—you’re in one of the most beautiful places on planet earth. Just as you start to relax and enjoy the essence of why we all seem to come back, time after time, to fly fish, your reel starts to sing to the tune of a seven-pound trout.

It’s funny how that works isn’t it? 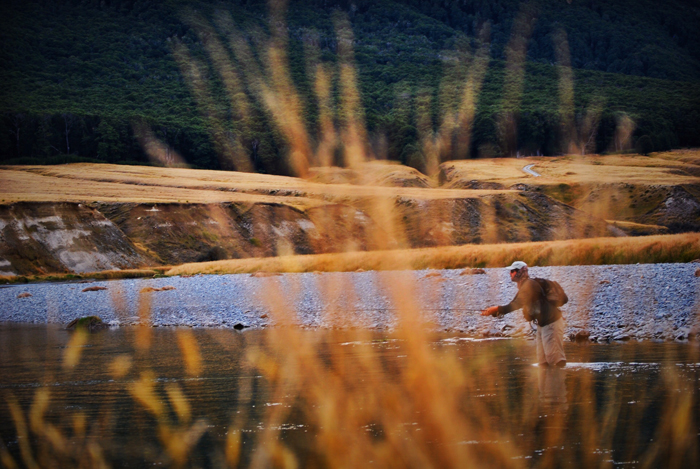 Spending a few months traveling and fishing in New Zealand is a dream many anglers share.

I’ve missed Montana everyday I have been here. But let me make it spring-creek clear: I’m sure going to miss these trout.

See you next season, New Zealand.

Thayer is sure he’ll be back. And why wouldn’t he?

Thayer Janes is a passionate traveler and angler with a degree in business marketing. He lives in Bozeman, Montana, when he’s he’s not on the road.

2 thoughts on “Classic Photos and Essay: A Montana Boy Tries His Hand in New Zealand”