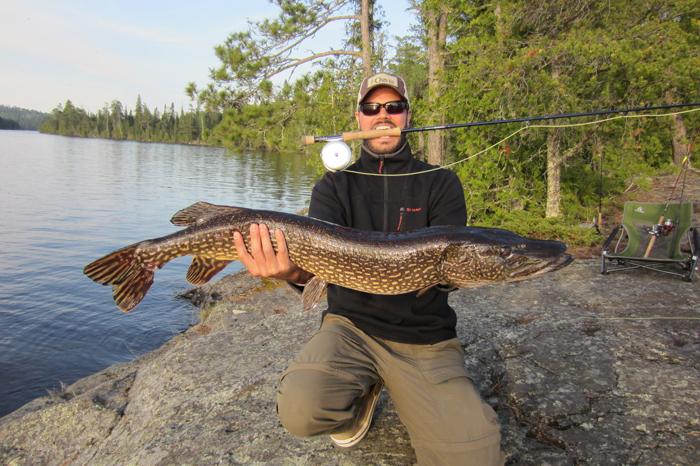 [Editor’s Note: While I’m in Norway, we’ll be republishing some of our favorite posts from the past that you might have missed. Here’s a great email we received from blog reader Todd Van Dyke last year.]

I wanted to send a big thanks for everything you are doing with the blog and the podcast, I have learned a lot over the years. A hat tip to the timely pike and striper podcasts as well, as I spent last week paddling after loons in search of baitfish and lake trout. 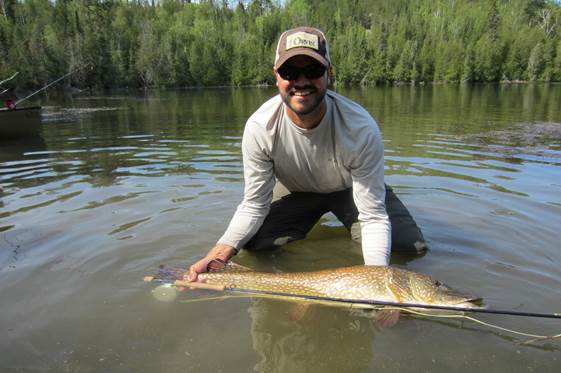 Here’s Todd’s second monster pike, which towed the canoe around a bit.
Photo by Kyle Riddle

You posted a picture of me with a lake trout from Quetico Provincial Park a few years ago. I was fortunate enough to go back last week with a great group of guys and bring a new 10-foot 7-weight H2 along with me. I had the chance to give it a good test on smallies, and a couple monster pike. We also hooked into some lakers as well, but that was on my Hydros. It would be hard for me to put into words the exhilaration of being in a canoe with a great friend, in the middle of a big lake, doubled up on lakers. 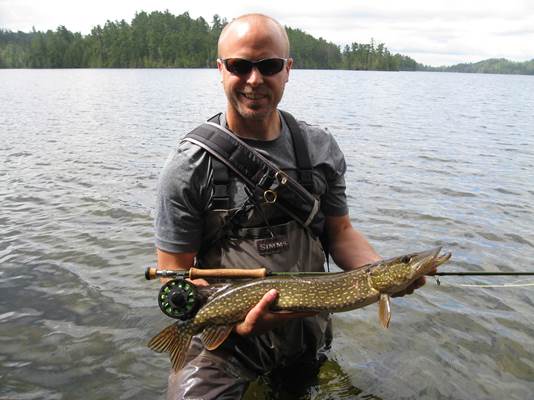 Kyle got into the pike action, as well.
Photo by Todd Van Dyke

Kyle Riddle and I have been friends since college, and this was our third trip together to Quetico. I am hoping you can share these photos and let people know about Quetico Provincial Park. It is a wilderness canoe camping area that is pretty rugged and is not for everyone, but if you’re into that type of thing, it can be a great fishing opportunity. The park rangers say that most of the people coming into the park are older and that the younger generations are not showing up. There is a good permitting process, so I’m not worried about the resource being over utilized, but it is something that I think only a relatively small group of people know about. 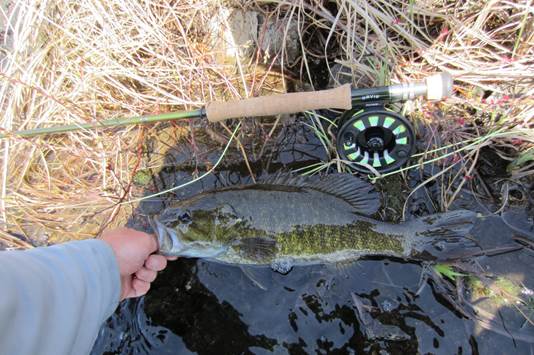 The smallmouth bite, which had been slow, really turned on as the week progressed.
Photo by Kyle Van Dyke

We caught and released a lot of fish, but always kept a few for dinner. Kyle would fillet them on the paddle and our group would cook them over our fire. We caught two Lakers one evening when we didn’t have any fish yet for dinner. We set off on a mission for food, and paddled for an hour along shorelines and around islands and underwater reefs, the Lakers were 15 to 20 feet deep. Kyle hooked up one on spinning gear as we trolled and as he battled that one, I reeled in my sinking line and cast into the same area with a blue and white Deceiver, which got slammed. We were doubled up in the canoe fighting these Lakers. They don’t look huge in the picture, but the fight was incredible. 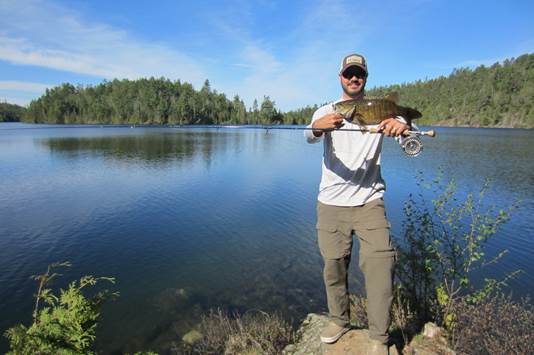 Todd was rigged up with a full sinking line for lakers when he hooked this fat smallie.
Photo by Kyle Riddle

We paddled in with our heads low telling the guys it was potatoes for dinner and then proudly produced our quarry. These fillets were the best from the week. 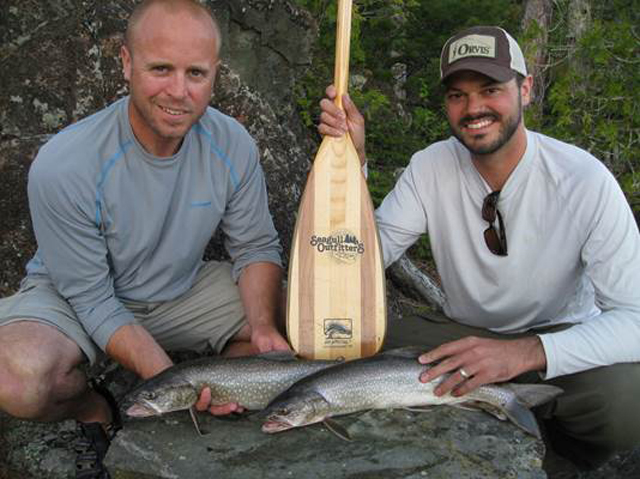