Editor’s note: I think Dawson is in high school now, but this video of him teaching the double haul at nine still impresses. And the info is still just as valid.

Once an angler sees what the double haul can do, he or she wants to master it—perhaps to cast farther or maybe just to impress others. But some people struggle with the concept, the timing, or the motion. (Or, of course, any combination of the three.) It’s no coincidence that one of Pete Kutzer’s most-viewed videos is on the double haul.

But I believe that everyone learns in a slightly different way, so it’s important to offer as many teaching tools as possible. To that end, here’s nine-year-old Dawson Herzer—son of John Herzer of Blackfoot River Outfitters—explaining his method for making the double haul.

What I like about this video is that it focuses on the down-up-down motion that’s very hard to describe in words. 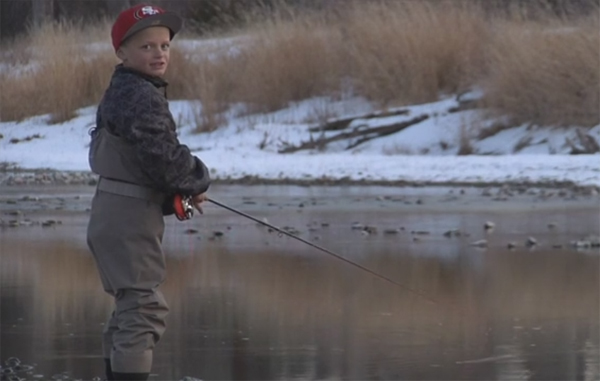 Dawson may be just nine years old, but he can throw a fly line.

2 thoughts on “Classic Pro Tip from a 9-Year Old: How to Double Haul”