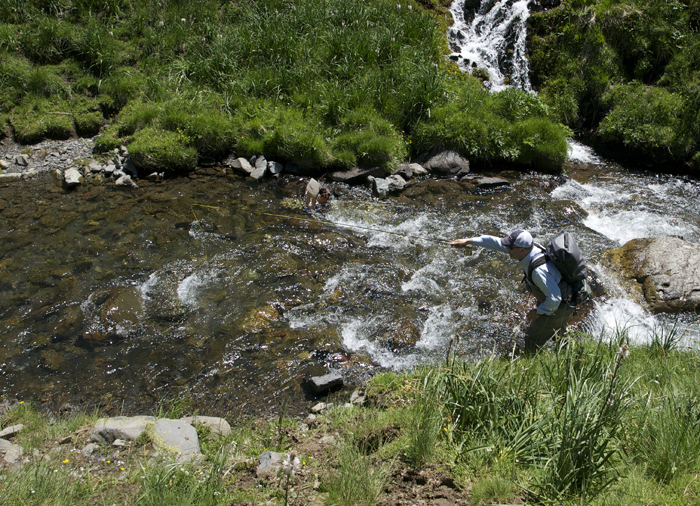 The best way to approach a midstream rock is from downstream.
Photo by Sandy Hays

One of the first things a fly fisher learns is that trout like to sit behind rocks. (They also like to sit in front of rocks, but that’s another post.) The problem of presenting a fly to these fish is caused by the complex currents created by the rock. At the very least, the angler must contend with the river’s main flow, the faster seams along both sides of the rock, and the dead water or eddy behind the rock. Keep in mind that the fish is usually not sitting directly behind the rock, but slightly downstream, usually inside the V where the seams on either side of the rock converge. Your best bet for fishing a nymph or dry fly is to approach from downstream, so you won’t have to cast across as many conflicting currents.

Let’s start with a dry fly. You don’t want to cast your line directly over the fish, so if possible start downstream and slightly to one side of the rock. Try to get as close as you think prudent; in fast, choppy water, you can probably wade within 10 or 15 feet of your target, as long as you don’t throw a shadow over the lie. Make your cast to the “shoulder” of the rock, where the seam begins, and allow the fly to drift right down the seam. Don’t pick up the fly too early; allow the drift to continue below the rock for as long as possible. If you pick up too early, you may spook the fish. Plus, there’s always the chance that a fish is holding farther downstream. 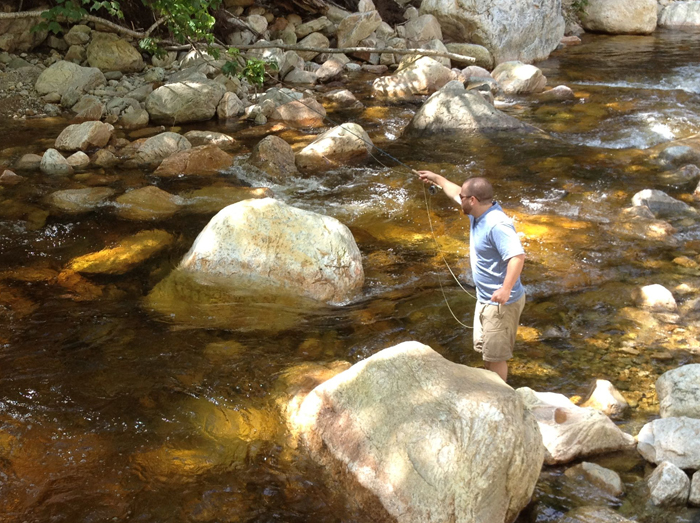 High-sticking allows you to keep your line out of the conflicting currents.
Photo by Phil Monahan

At short distances, you can keep most, if not all of the fly line off the water by “high-sticking,” keeping your rod tip high. The less line you have on the water, the less chance there is for currents to ruin your drift. If you can’t wade within high-sticking distance, try a pile cast, which dumps your leader in a heap of slack around the fly. This slack lets the fly drift naturally for longer before drag on the fly line ruins the drift.

After you’ve made several drifts down the seam without a strike, cast to the broken water behind the rock. If you’re close, you can “dap” your fly in the eddy behind the rock, pick up, and then drop the fly in the downstream wash. Drift your fly through all the broken water inside the V created by the currents seams on either side of the rock. If nothing happens, wade across and fish the far seam. 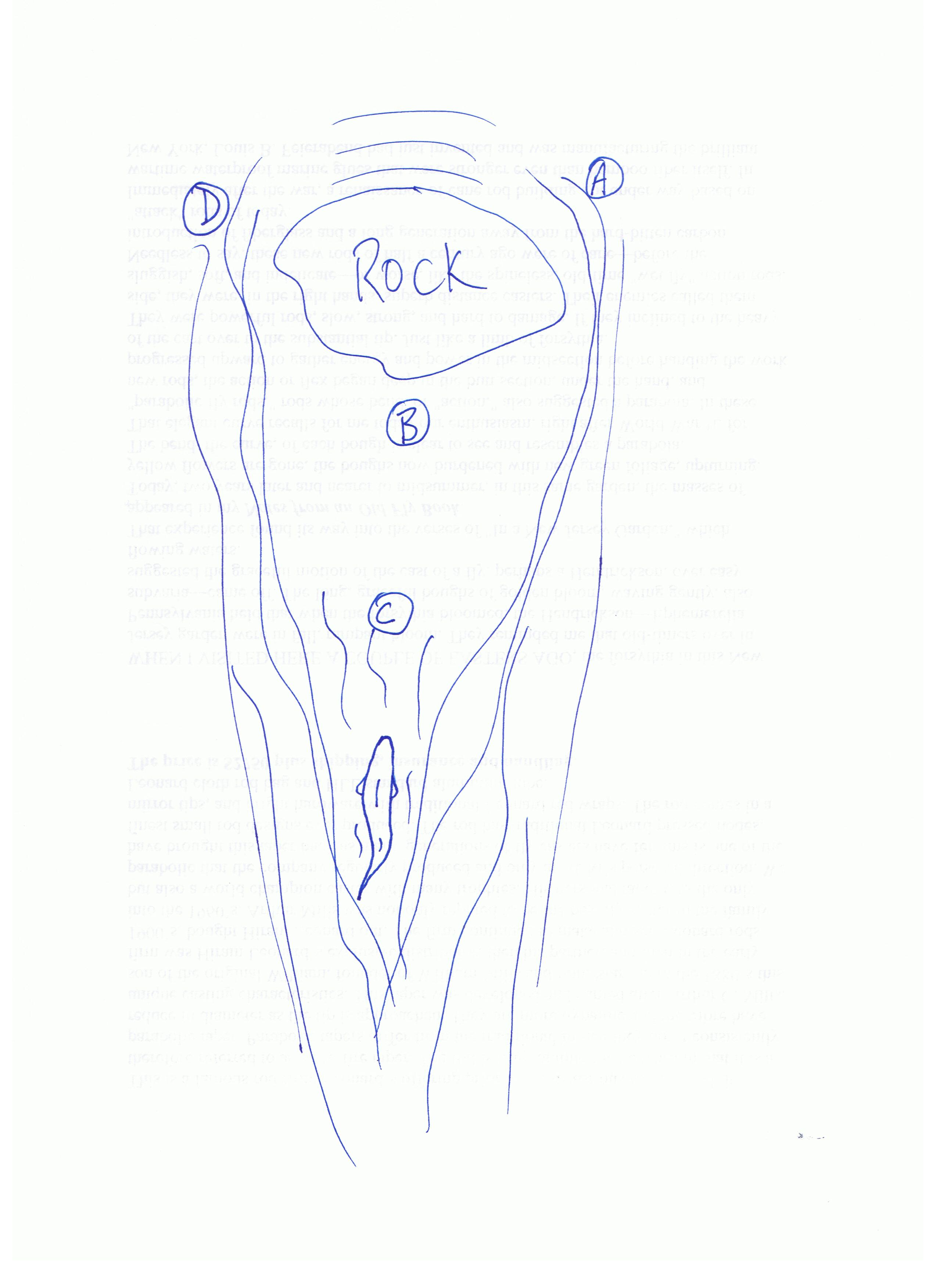 To cast a dry fly or a nymph to a midstream rock, position yourself downstream and to one side. Cast to the near-side “shoulder” of the rock (A), and drift the fly down the seam. Next, if possible, dap the fly directly behind the rock (B), and then drop it slightly downstream (C) to cover the V between the converging seams. Finally, move across stream and fish the far shoulder of the rock (D).
Awesome illustration by Phil Monahan

When possible, fish a dry-and-dropper tandem rig. Even when your dry-fly drift isn’t going well, the nymph below looks natural as it is buffeted by the currents. If you want to fish nymphs under an indicator, the same tactics apply, but you’ll want to cast farther upstream to give the nymphs time to sink. To drive the nymphs to the bottom, you can make a tuck cast, in which you stop the rod high on the presentation stroke, which causes the end of the line to swing downward, breaking through the surface tension more quickly.

9 thoughts on “Classic Pro Tip: How to Fish Behind a Midstream Rock”