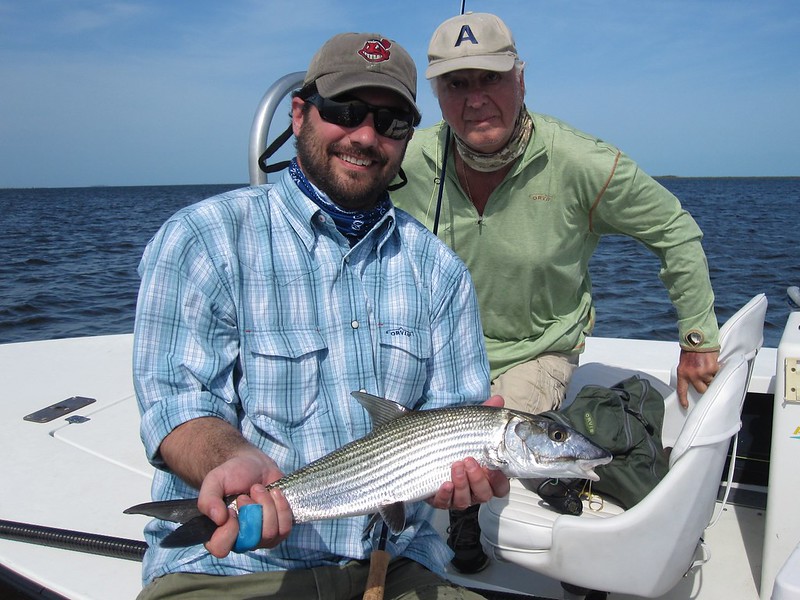 Greg Vincent, of H2O Bonefishing on Grand Bahama, sent in these great photos, along with a cool story told by one of their clients.

The two images attached are of Don Latessa (who was 86 years old) and Nate Latessa (Don’s son), both from Cleveland, Ohio. This was their first trip for bonefish. They spent three days with us last month.

Don told a great story about buying his first Orvis rod around 1955. It was a Tonkin-cane rod for salmon, serial # 17115. He also bought a 7-foot Tonkin-cane trout model. Don drove from Ohio to the Orvis rod shop in Vermont to get them, a journey he remembers well, because it was his first ever ride in an air-conditioned car. This trip remains one of his fondest memories, ranking even higher than the time he came back from a business trip to London in 1964 on the same plane as the Beatles. (It was their first trip to America, and the very flight that produced the famous pic of them on the gangway.) 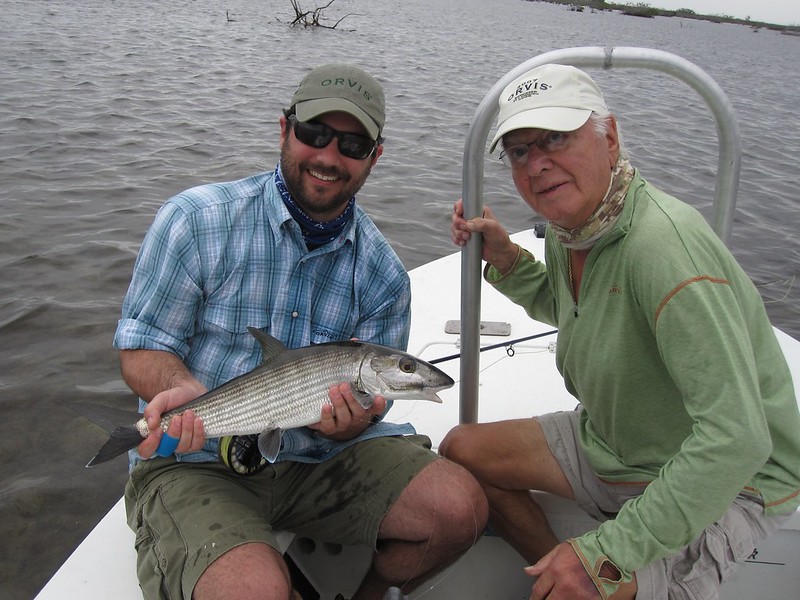 Don remembers going out to the casting pond behind the Orvis rod shop to test the new rod. He said that the instructors and shop folk would swap rods, reels, and lines, until you had the best feel.

He used that salmon rod for steelhead in Ohio until about 2010 years ago (about 55 years!). Nate traded him a brand new 10-foot Orvis Helios 7-weight, paired with an Orvis Large-Arbor reel, for the old cane rod. I made a nice display case for it. Before he put it away for posterity, Nate did take it on the river once and caught a few steelhead with it. He says that it was heavy compared to the Helios!