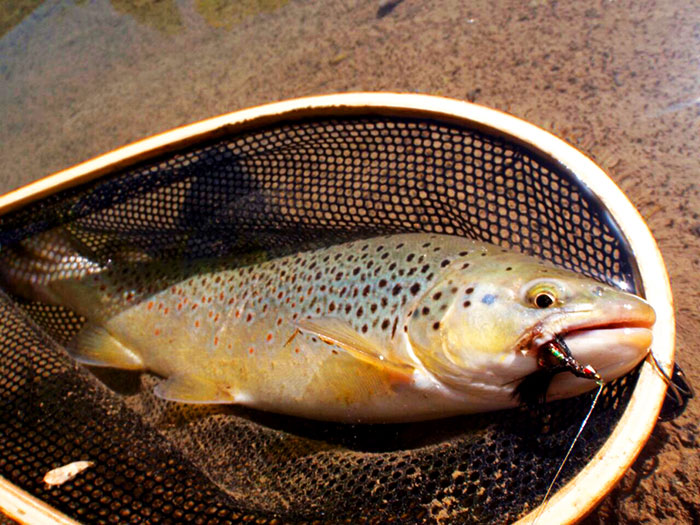 Brown trout are native to all the western-Iran rivers that flow to the Caspian Sea.
Photo by Muhammad Ali Nouri

[Editor’s note: In 2014, an Iranian angler named Naser Derakhshan, who lives in Shahr-e Kord, sent us some photos of trout caught near his home. We posted the images to Facebook, and there was so much interest in the comments that I asked Naser if he would write us something about his fisheries. He initially balked at the idea, saying that his English wasn’t good enough (which isn’t true), but then he sent me the copy below, translated by a friend here in the U.S. This is a fascinating look at a fly-fishing culture that has received very little exposure.] 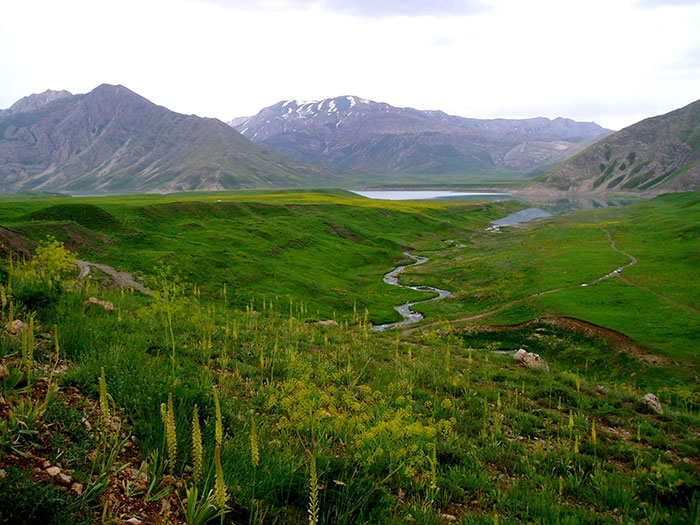 First, I would like to thank all of you for showing interest in fish and fishing in Iran. I am going to divide my article into two separate posts. The first will give you a general idea of Iran’s rivers and the fish itself (trout), and in the second post, I will talk about fly fishing in Iran. I hope it will be interesting and informative for the readers. 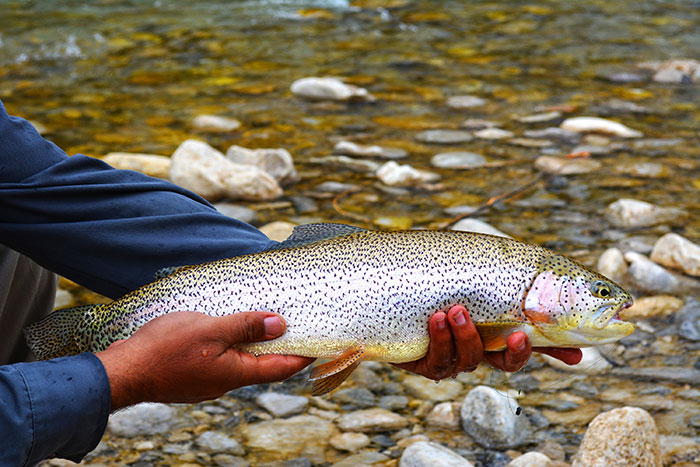 The rainbows grow plenty big where there is good habitat, such as in the Bazoft River.
Photo courtesy Naser Derakhshan

Iran’s climate features four seasons. Although it is generally a dry country, we have provinces with a considerable amount of rain and snow fall. The northern and western regions ares where most of the rivers flow, and in these rivers you will find trout. Brown trout is native in Iran, and it exists in the rivers that now or once were connected to the Caspian Sea. We also have a subspecies of brown trout (Salmo trutta caspius), which is a sea-run trout native only to Iran. Unfortunately, because of unregulated fishing and mismanagement, this fish is on the verge of extinction. 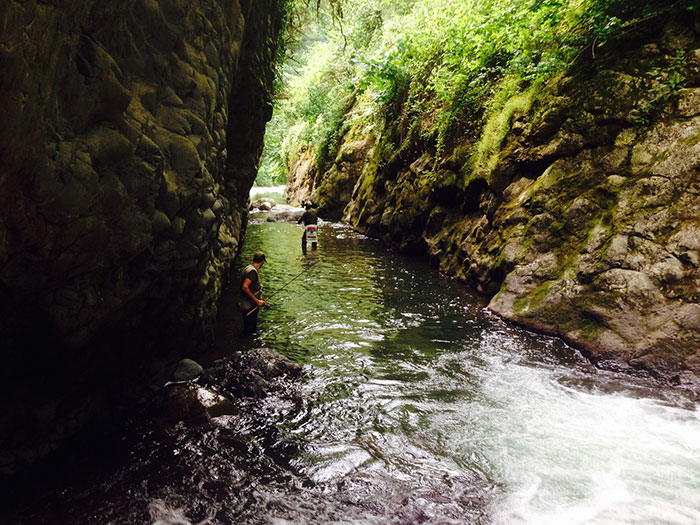 Other freshwater sport fish include pike, catfish, carp, perch, and zander. Rainbow trout were introduced to Iranian rivers in the late ’50s to early ’60s for the purpose of sport fishing. Currently, rainbows are found in the majority of the rivers in the regions mentioned above. 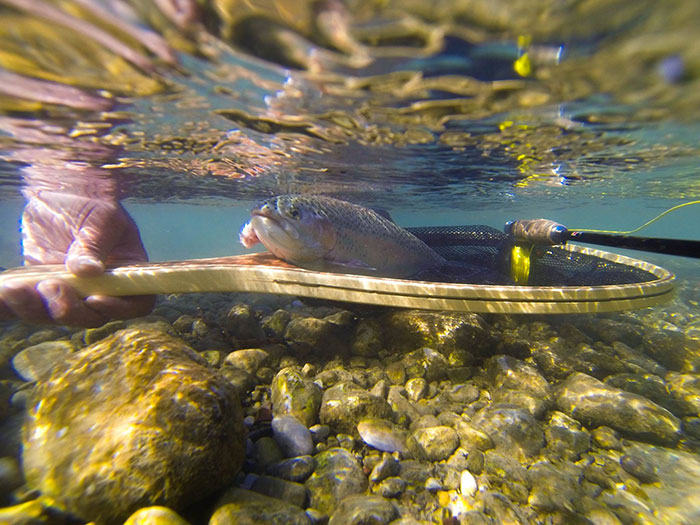 This photo could have been taken almost anywhere in the U.S.
Photo courtesy Naser Derakhshan

In the last 25 years or so, private sport fisheries and fish farming businesses have bloomed. In my province, Chaharmahal, we have a lot of rivers, and each river has quite a few fisheries. Opening up too many fisheries on the rivers without proper studies has caused other problems for the rivers, the environment and the native fish. We are a small group of people who are trying to promote fly fishing, catch-and-release, and respecting the environment. We hope that one day we could have NGOs and organizations like what you have in your country to protect our environment and wild life. 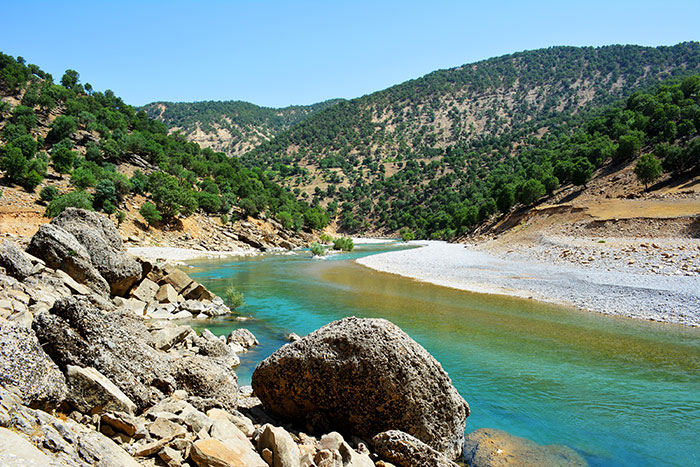 9 thoughts on “Classic Story: Fly Fishing in Iran, Part I”