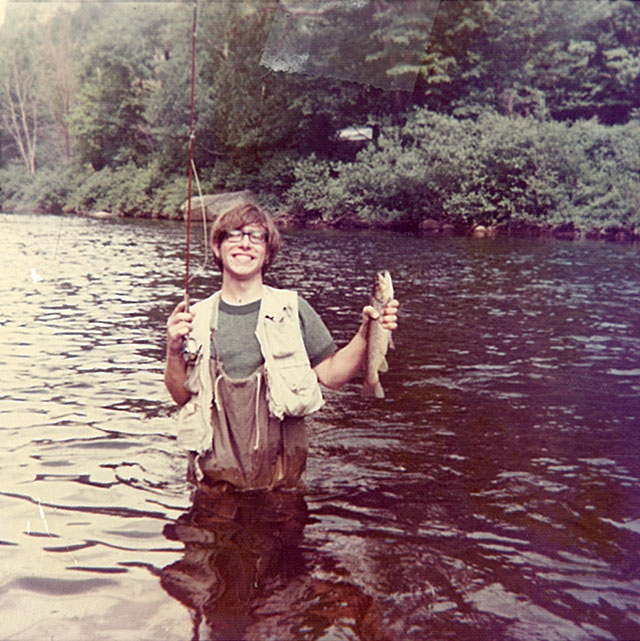 Many people today treat bamboo fly rods as more of an heirloom than a fishing tool, but there are are also plenty of anglers who use only bamboo. In fact, there are probably more people fishing these rods today than there were 10 or 20 years ago. My love affair with bamboo began in the late 1960s. My first fly rod was a tubular steel rod that I found in the rafters of our garage. It was probably made in the 1930s and belonged to my father, who may have used it once or twice, but after he returned from Okinawa in 1945 he was lured by the siren song of the new spinning rods. They were a lot easier to use, and besides, his favorite fish was the bullhead, not trout.

When I was 12, I began tying flies commercially for a local shop and was able to buy my first good fly rod, an Orvis Fullflex that I built from a blank. (Before that, I had gone through a few $20 fiberglass rods, including a blue Garcia Mitchell I had bought at the local Western Auto, and of course a white Shakespeare Wonderod. I doubt if anyone who grew up fly fishing in that era survived without owning at least one of those. ) That Fullflex served me well, but at the time I was often fishing very tiny dry flies on 7X tippets in a local spring creek and felt that I needed something better.

I finally tied enough Coleman’s March Brown nymphs, Light Hendricksons, and Tups Indispensibles to earn enough money for my first bamboo rod. It was an Orvis Madison 7 ½ foot 6-weight, and I still remember the first cast on a trout stream I made with it. The cast was a revelation. The size 14 Adams went exactly where I wanted it to go, the tippet straightened perfectly, and I quickly discovered why all the good anglers used bamboo. It wasn’t an affectation or a display of status—all the other fly fishermen I knew were much older than me, but they were school teachers and toolmakers and people who made film at Kodak. A bamboo rod was truly a better fly rod than the glass rods in those days, and if you were serious about your fishing, it was the only way to go.

Today you can buy bamboo fly rods that will handle big flies and split shot with ease, but in those days the rods I used, Orvis and Leonard Duracanes, were really not up to the task of the big stuff. I used to put “sets” (a semi-permanent curve in a bamboo rod caused by stress that can be removed by a good rod maker with judicious application of heat) in my rods every year because we would go to the East Branch of the Delaware a few times a year and fish big Flick Stonefly nymphs with two or three split shot for the big wild rainbows that lived in the heavier riffles on that river. 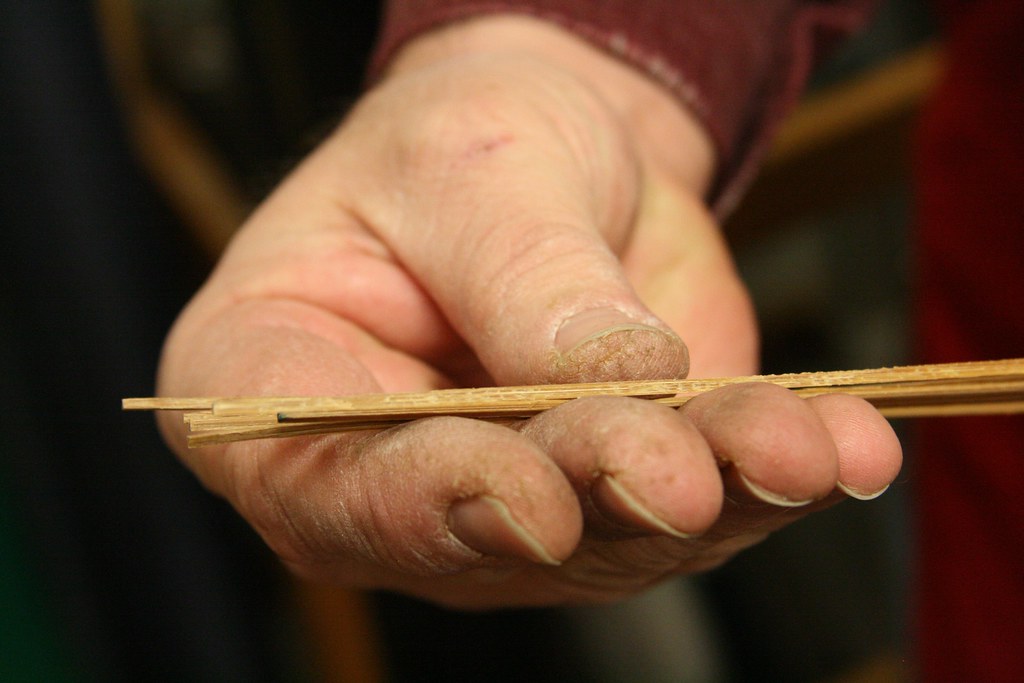 Bamboo-rod builder Charlie Hisey shows off some strips of Tonkin cane, as well as some
impressive calluses, at the Orvis rod shop in Manchester, Vermont.
Photo by photo by Tim Bronson

I never went back to fiberglass (until last year when I started using the new Orvis Superfine glass rods) and fished bamboo through my college years until I visited Orvis in 1976 for a job interview as a clerk in the retail store in Manchester, Vermont. After my interview, one of the salesmen let me try one of the new graphite rods in the pond in behind the shop. Once I got the job, I was able to borrow graphite rods from the store every night after work. The new rods felt stiff and powerful and so quick that I had trouble getting used to them. And to be honest, bamboo was much better for small dry flies and delicate work than those early graphite rods; because rod makers were so enthralled with the line speed and distance that the early rods could develop, they weren’t concerned with making delicacy an option. It took 10 years to perfect the first graphite rods that would truly handle a small dry fly and light tippets.

My Leonard rods stay in the closet, and I haven’t fished one in years. But my Orvis Penn’s Creek gets a regular workout. Sure, I could use the rod every day, but I prefer to make it a special event. I wait until dry-fly fishing on the small streams gets productive in early summer, and then tie up some knotted leaders like I used in the old days and fish hackled dry flies through the riffles. Later in the summer, when the Tricos get active, I love fishing a size 24 spinner with my bamboo and a 15-foot 7X leader. There is just something about the feel of bamboo, both when casting and playing fish, that makes the rod feel more alive. Maybe it’s the mass of the rod, maybe it’s the fact that it is solid rather than hollow. Part of it, I’m sure, is knowing that one person, Charlie Hisey, made the entire rod from start to finish by hand and treated it like a rod he would use himself. Or maybe it’s just a special magic intrinsic in this amazing natural product that can’t be duplicated with plastic or composites.

I just treasure that rod, and once or twice a winter I take the rod out of its tube and just wiggle and admire it for a few minutes. Funny, I never do that with my graphite rods.

If you are a fly fisher, I don’t think your life is complete without fishing a bamboo rod a few times, or better yet owning one. Because they take a long time to make and so much hand labor goes into them they are expensive. But you have a chance to win one this month, just for trying on a pair of waders. Don’t miss this opportunity—you won’t see many chances to get a free bamboo rod.

11 thoughts on “Classic Story: What Makes Bamboo So Special?”