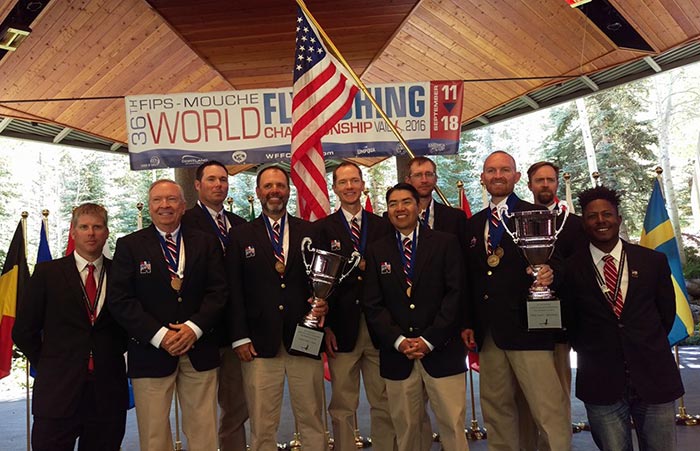 Our colleague Jesse Haller–the guy in charge of flies and accessories–is a pretty active competition fly fisherman, and he’s good at it. When a group from Orvis goes out on the river and only one guy catches a trout, it’s usually Jesse. In fact, he’s been teaching some of the guys in the office about tightline nymphing, a technique developed by European competitive anglers, and I’ve asked him to do a Facebook Live about it in the near future.

This got me thinking about my own experiences with competitive angling, which calls into sharp relief different ideas of what constitutes “proper” fly fishing. I recall a couple of experiences that have shaped my thinking on the subject.

I met Jay Buchner for the first time during the 2000 World Fly Fishing Championships in southwestern England. I was there to cover the event for American Angler, and Jay was a longstanding member of Fly Fishing Team USA. Over the course of the next couple of years, I ran into Jay and his wife, Kathy—who is also an accomplished angler—at trade shows and the like, and when I visited his hometown of Jackson, Wyoming, Jay took me to the Gros Ventre River north of town.

The fishing was pretty lousy on the river that day, so I had the opportunity to watch Jay try several different tactics and techniques to draw a strike. By the end of the afternoon, he had tied on an extremely large, heavy stonefly nymph. Rather than cast normally, he stood on a rock and directed the fly nearly straight downward into the main current, so the weighted nymph smacked hard against the surface. The obvious goal was to get the fly through the surface tension as quickly as possible so it would sink faster. Sure enough, Jay caught a whitefish and a cutthroat in rapid succession. 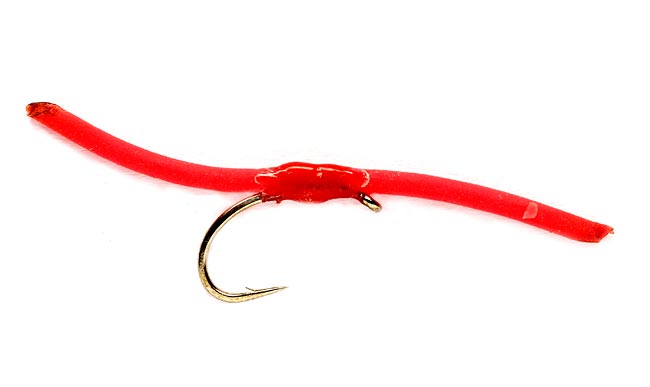 Does this qualify as a fly?
Photo via orvis.com

Jay’s technique was ungainly and featured none of the grace or elegance normally associated with fly fishing, but it worked when nothing else did. Although many American fly fishermen scoff at the idea of competitive angling, Jay’s training for the World Championships had obviously taught him how to do whatever was necessary to get the job done, regardless of how that fit into any one notion of “correct” fly fishing. When you’re trying to score points against the best anglers on the planet, you don’t want to worry about whether or not the Style Police are watching.

This issue of what constitutes “correct” fly fishing comes up fairly frequently in the fly-fishing press and online world. If I use a jig, am I fly fishing? If I use a pegged bead, am I fly fishing? Etc. etc. etc. Questions of orthodoxy and correctness often come into conflict with what many anglers see as the main goal: to catch fish.

Years ago, I met a man with a different approach when I guided at Hubbard’s Yellowstone Lodge in Paradise Valley, Montana. He was in his early 80s, and on our first day together, he explained that he’d been fly-fishing for his entire life and that in his declining years he had no intention of throwing anything but dry flies. “I realize that this means I might not catch any fish,” he said, “but it’s what I like to do.” If he wasn’t going to hold me liable for any lack of success, I was fine with that. He was an angler who knew what was important to him.

The world of fly fishing is vast enough to accommodate both these views—as well as all those in between. Although tempers can flare, debates about style, correctness, and ethics are good for the sport because they ask each one of us to examine our own opinions, biases, and prejudices. And that kind of examination leads us closer to an understanding of why we participate in this maddening pursuit.

Do you believe that there is a right way and wrong way to fly-fish? If so, where do you draw the lines?