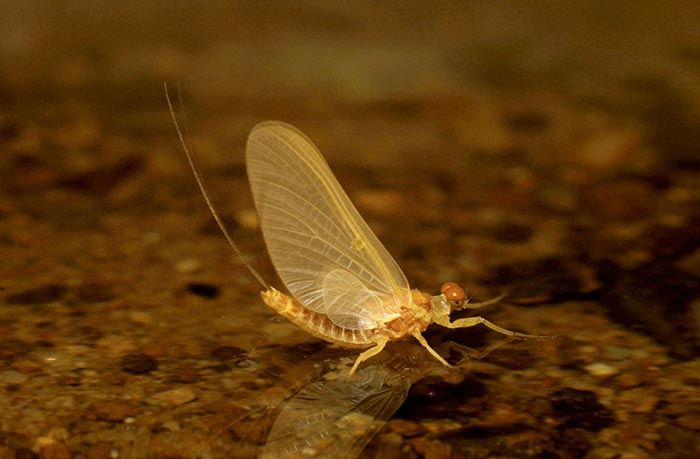 A newly hatched sulfure rides the surface of a Pennsylvania stream.
Photos by Ted Fauceglia

Freshly hatched duns resting on slow-moving currents are the equivalent of low-hanging fruit. But trout will often follow and scrutinize a perfectly formed natural for several feet before deciding to take or refuse the offering. Odds are that during any mayfly hatch, just as many duns will be refused as will be taken. To make matters worse, the trout’s scrutiny intensifies when an artificial pattern passes through its window.

To maximize any chance of success, properly conceived patterns must incorporate those features of the natural that trout are most likely to key on. Size, colors, and outline are the basic ingredients of any match-the-hatch pattern.  But above all, patterns must impart a persuasive image. They should outline a dun’s resting profile and simulate the dun’s imprint on the water’s surface: the looped-wing knotty parachute achieves both. 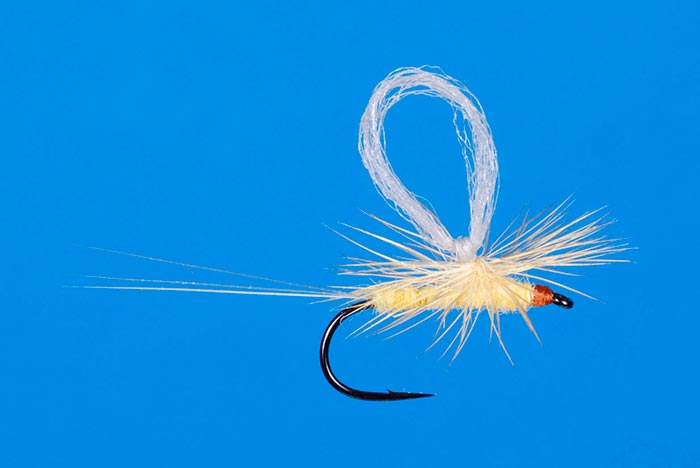 2 thoughts on “Creating a a Persuasive Image of a Sulfur”