Hang out on the shore of Nevada’s Pyramid Lake at dawn on a spring morning, and you might get the impression that there’s a construction site nearby. But the folks unloading stepladders from their vehicles aren’t going to work; they’re preparing to cast to the lake’s huge Lahontan cutthroats, which usually start to appear in shallow water in big numbers by late February, anticipating the spring spawn.

In general, the fish patrol a series of drop-offs just offshore, often out of casting range for a wading angler. To achieve that extra distance—as well as to get their butts out of the chilly water—anglers hit upon the idea of using stepladders as casting platforms in the 1970s. The extra height is especially helpful for fly fishermen because it keeps the backcast from hitting the water, allowing for much longer casts. But savvy Pyramid regulars are sure to cover all the water around the ladder, and plenty of big fish are taken by anglers casting back toward dry land. 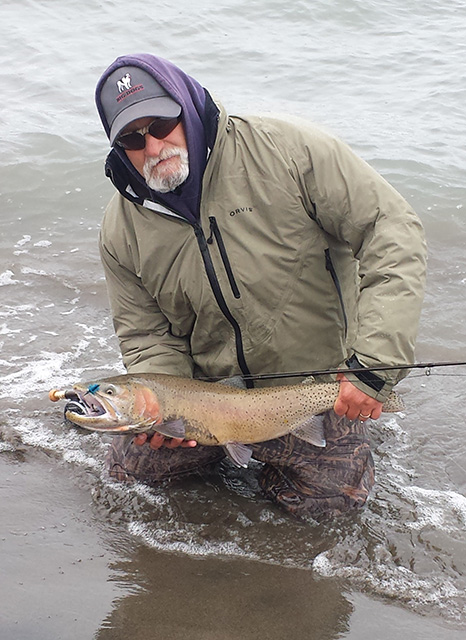 March and April are prime time for this fishery, and the latest fishing report from Orvis Reno says that the fishing has been great, with most anglers reporting three to six solid fish a day. Stripping streamers has been producing, but fly fishers are staring to take more fish on long tandem-nymph rigs, as well.

3 thoughts on “Cutts and Ladders on Pyramid Lake”