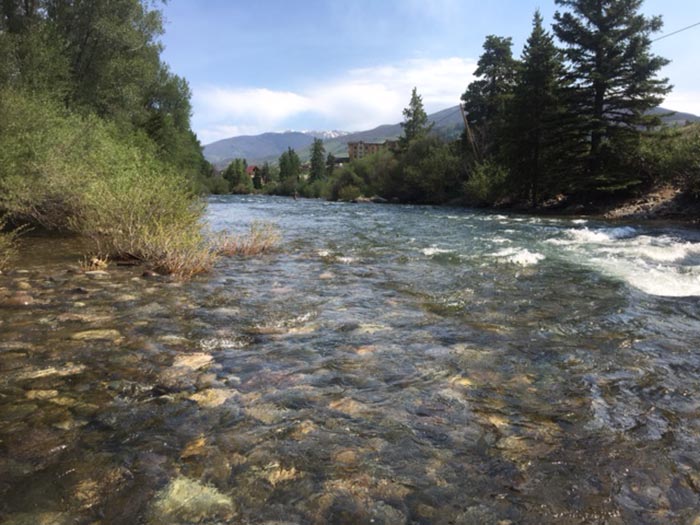 Is catching a fish more important than the other joys of being on the water?
Photos courtesy Angler’s Covey

I fished the Blue River on Saturday. The flow was at 850 cfs, a little higher than the waters I normally fish, but not so crazy of a level to keep me from trying. It was a different challenge for me, for sure. About half way into the morning, I still hadn’t hooked up, but I had, instead, looked up at the bright Colorado sky, the river rushing and curving around the bend upstream (with a very fishable hole), and I just basked in the beauty of the morning. I felt “successful.”

If “success” is measured by the number of fish to the net, then would getting skunked mean that it wasn’t a successful day? It actually sounds a little strange–doesn’t it?–if we measured our success on the river solely or even predominantly by how many we caught. I remember some fish that were “long distance released,” but they were memorable because of the accurate cast (on a small stream under some brush along the bank) or a remarkable stretch of water (a lost fish on the Gunnison comes to mind).

What if we’re chasing an opportunity to catch a hawg on the Frying Pan or the Taylor? If we don’t get that 28-inch fish to the net, are we going to claim the day was not a success? And what defines a hawg, anyway? The two fish I caught Saturday on the Blue were physically impressive and they fought the strong fight, yet they may have only stretched the tape to 20 inches. 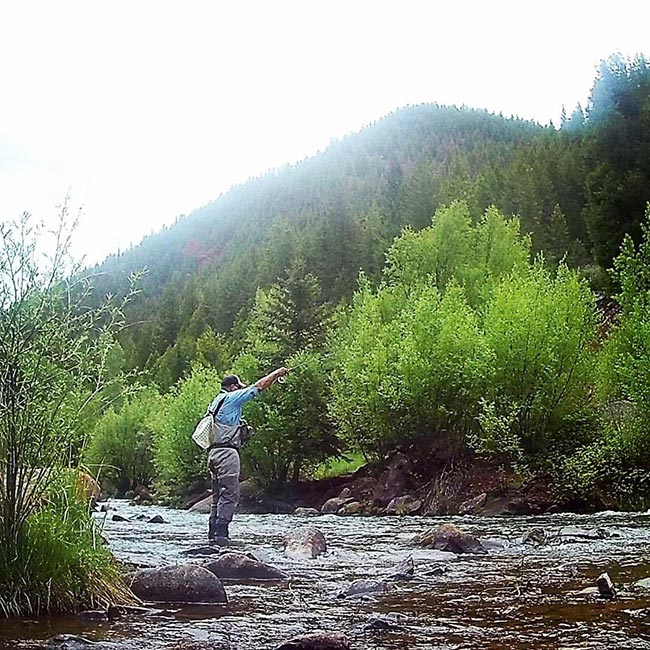 Another element that shapes my definition of success is how I have grown as a fly-fishing angler. Today, there are stretches of river that in the past I would not have fished (for two reasons: too technical or I would have wrongly assumed fish were not holding there). Or today I will make a cast that I would not have attempted a few years ago. Maybe it’s a roll cast on that small stream. Maybe it’s a more strategic cast over faster water to fish that distant seam. Maybe success is measured by relying more on instinct than something viewed on Youtube or read in a book. Maybe it’s relaxing and letting the rod and reel do the work they were designed to do. What are you doing today that you may not have been able to do five years ago?

At my car, listening to the rush of the water at a level that was going to be a new experience for me, I hoped to get a fish to take a nymph or a streamer. I guess, to be honest, I expected to have a few hook-ups on Saturday morning.

When I rounded that corner, though, and saw the stretch of blue sky above a fishy looking stretch of river, my morning became a successful day on the river.

Vince Puzick is the Content Manager for Angler’s Covey, in Colorado Springs, Colorado.

17 thoughts on “Classic Essay: How Do You Define Success on the Water?”