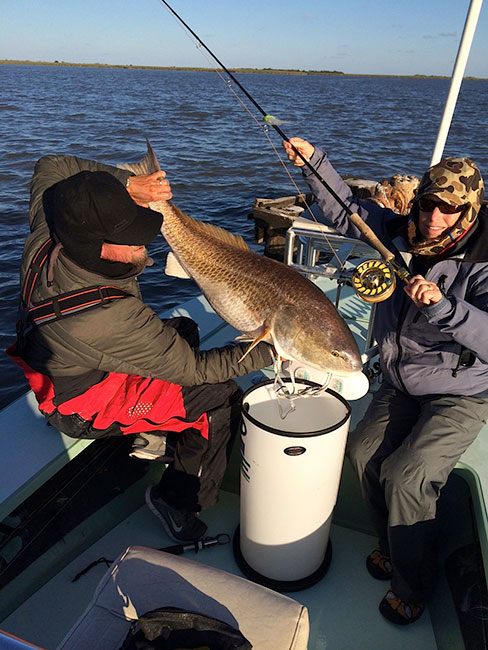 On Nov 19th, I was fishing Fitz Coker and Dotty Ballantyne, who were both using 12-pound-test IGFA tippets. It was late in the day, and we were looking for a redfish greater than 34 pounds. The water was dingy and light was low, so we couldn’t see all that well. But we took a shot at what looked like a large fish. Dotty hooked the fish, cleared the line, and began to fight. During the battle, we had glimpses of the fish but couldn’t gauge the true size. Twenty or thirty minutes later, I carefully grabbed the leader and put the Boga Grip into the mouth of the fish. 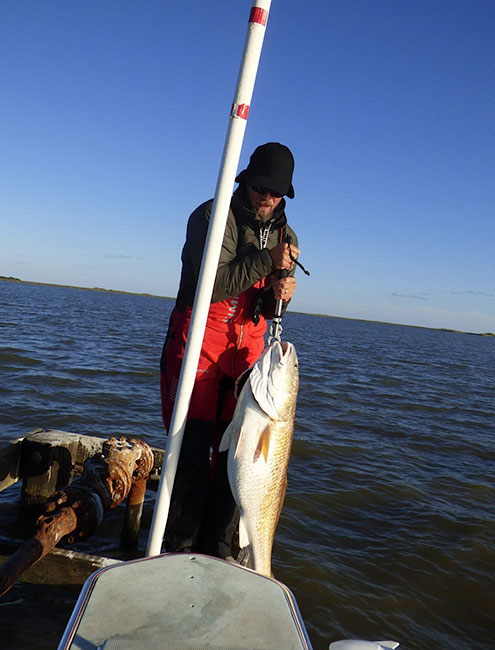 Three separate scales showed the fish to be 40 pounds.

It wasn’t until I hoisted the fish up on the deck and got a look at the girth that I realized how big the fish was! We then weighed the fish on two different Boga Grips, one of which was IGFA certified, and then on a scale at a nearby natural Gas platform as per IGFA regs. Astonishingly, the fish weighed 40 pounds. This will be the largest redfish ever submitted by a woman angler to the IGFA. The next day we also caught a 26.5-pound redfish on 4-pound test, breaking the standing record! 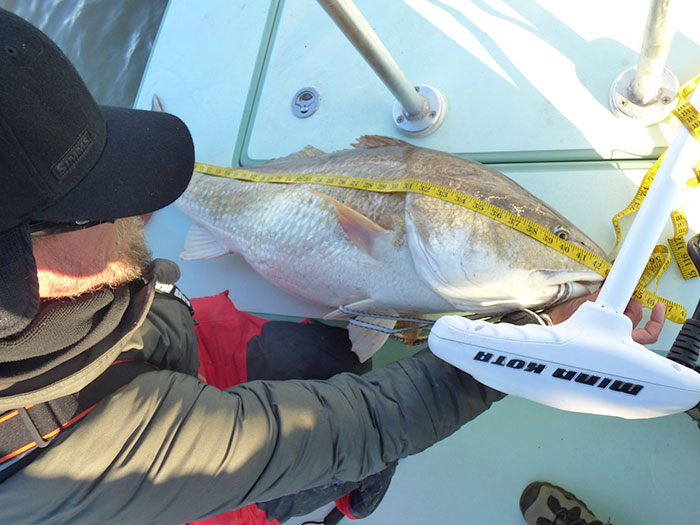 Mangum measures the beast for the IGFA record book.