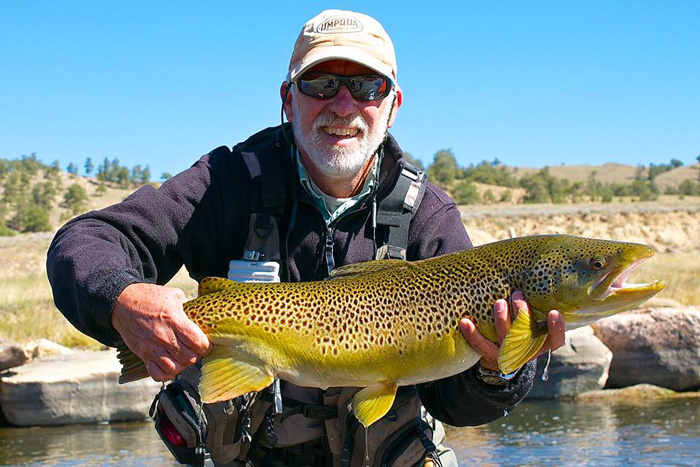 Thought I’d send you pictures of a couple of trout I caught on the Dream Stream [the South Platte between Spinney and Elevenmile Reservoirs in Colorado] on October 7. Earlier, in the Summer, I was guided by Jon Kleis, an guide out of Angler’s Covey, and we became friends. I’d heard on Facebook that the kokanees (landlocked sockeye salmon) were starting to come in on the Dream Stream and I Facebooked Jon and another guide I’d fished with about what to use as flies, etc. I indicated that I was planning on going up to the Dream Stream on Monday.

When I got there, I saw Jon’s Jeep was in the parking lot and assumed he was with clients, so I stayed away. In fact, he was with his family, and he came over and asked if I wanted to get into some kokanees. I jumped at the chance. I caught probably half a dozen kokanees and lost close to the same number, but then I saw, dimly, a couple of fish I thought might be browns. I caught one that was probably 18 inches (below) and was thrilled. About 10 minutes later, the second one (above) hit. What a day! 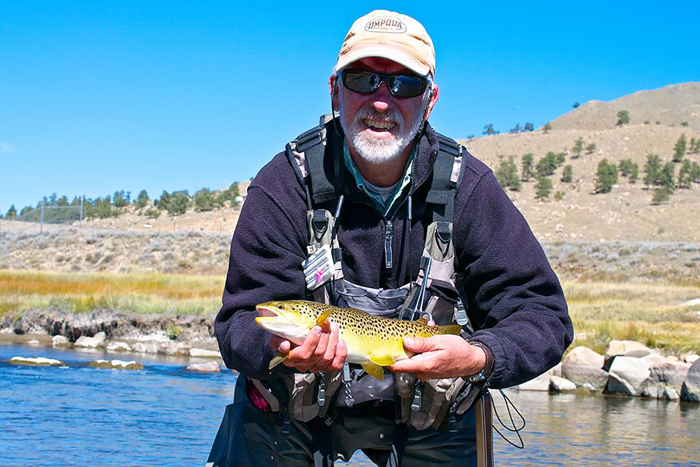 Rick’s first brown was a nice 18-incher, but it was dwarfed by his next fish.
Photo courtesy Rick Bayley

4 thoughts on “Photos of the Day: Dream Stream Brown Trout”