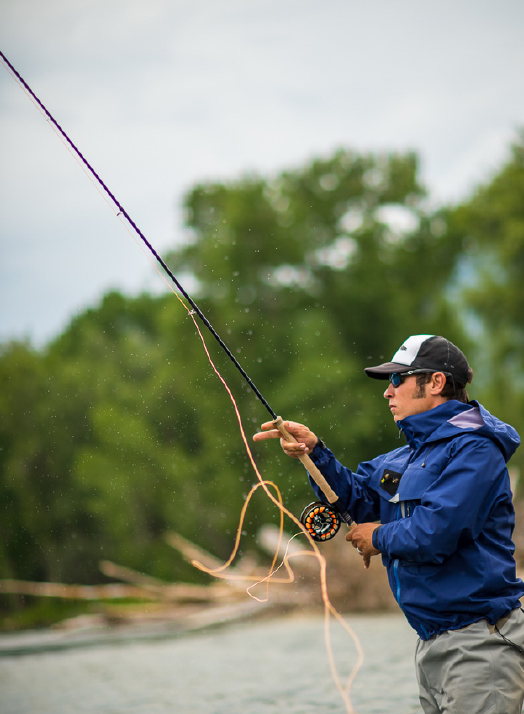 The new Helios 2 Switch Rods will handle everything from steelhead and musky to striped bass and king salmon.

In the year since its unveiling, the Helios 2 fly rod has made a pretty big splash in fly fishing, garnering rave reviews from around the world. For those fly fishers who chase big game, we’ve made five new additions to the Helios 2 family.

Built entirely in the Orvis rod shop in Manchester, Vermont using the same finely tuned tapers as their single-handed predecessors, the two-handed Helios 2 switch rod models feature a 20% reduction in swing weight, a 20% increase in lifting power, and a versatile solution for the angler who wants to use both overhead and two-handed casts. The rods will be available in five 11-foot models, from 5-weights through 9-weights.

“When we were designing the Helios 2 switch rods, we wanted to reduce their swing weight (from the original Helios) without sacrificing any power or accuracy,” explains Orvis product developer Shawn Combs. “The H2’s steep tapers allowed us to keep more mass in the butt section for fish fighting and longer casts, but the rods are still light enough to overhand cast like a 10-footer.”

To celebrate, we’ve decided to give one of these bad boys away. Enter the contest by using the cool widget below, which offers you a couple ways to earn additional entries and increase your chances of winning. The winner will be announced on Monday, November 4.