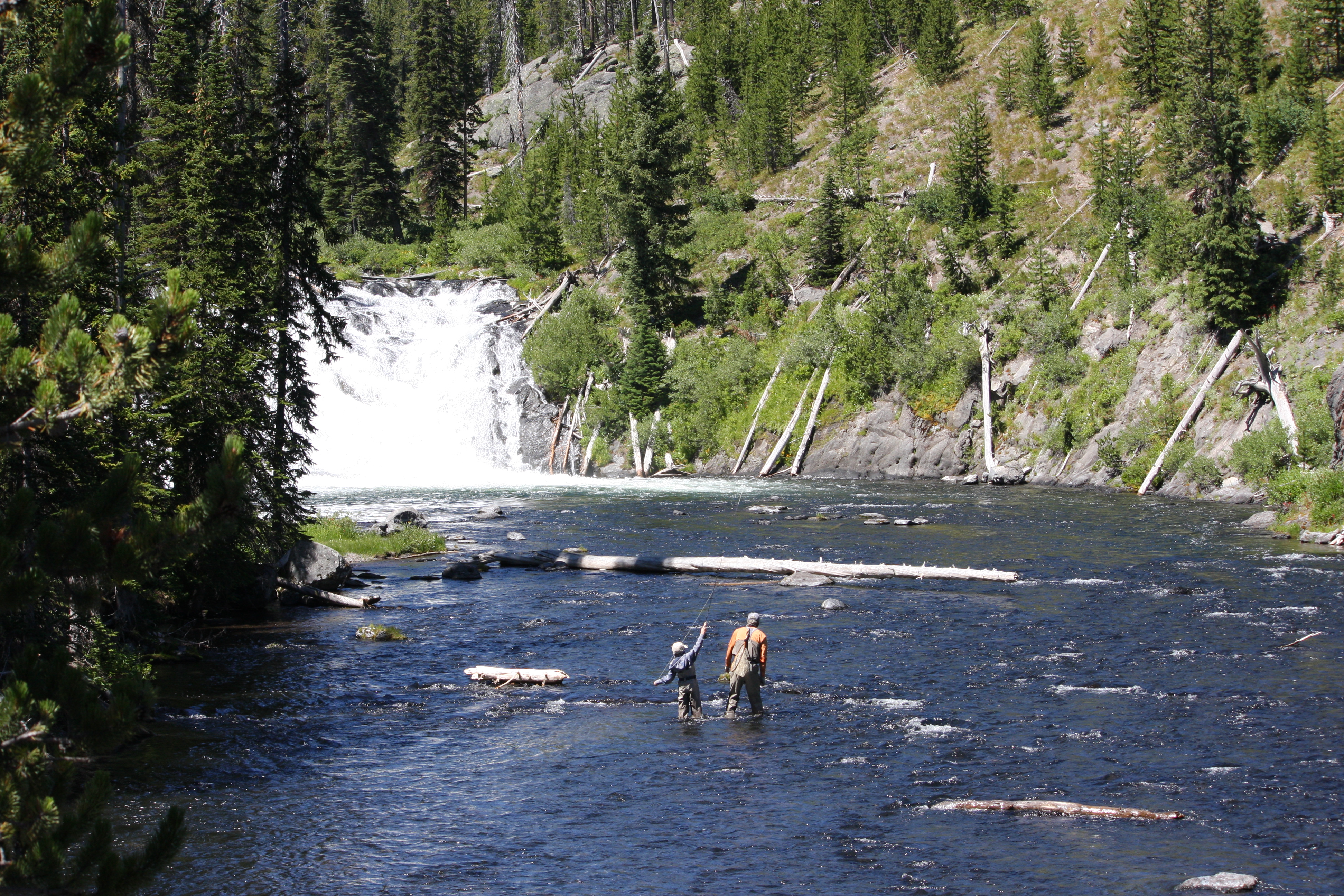 The Lewis River below the falls offers fine fishing, but with quite a few spectators.
All photos courtesy brain LaRue

I love Yellowstone and all it offers. Before starting a family, my wife and I would go to the park early and late in the season. Now with a couple school-age kids, vacation windows are more limited, so we find ourselves joining the herds of summer vacations each year. But you can still find plenty of “less-fished” waters if you think out of the box and put on a pair of hiking boots.

After eleven days in the park, I found myself on numerous out-of-the-way or even popular waters, but I put a little tread between myself and the campsites and pullouts and found myself alone on some of the park’s best waters. 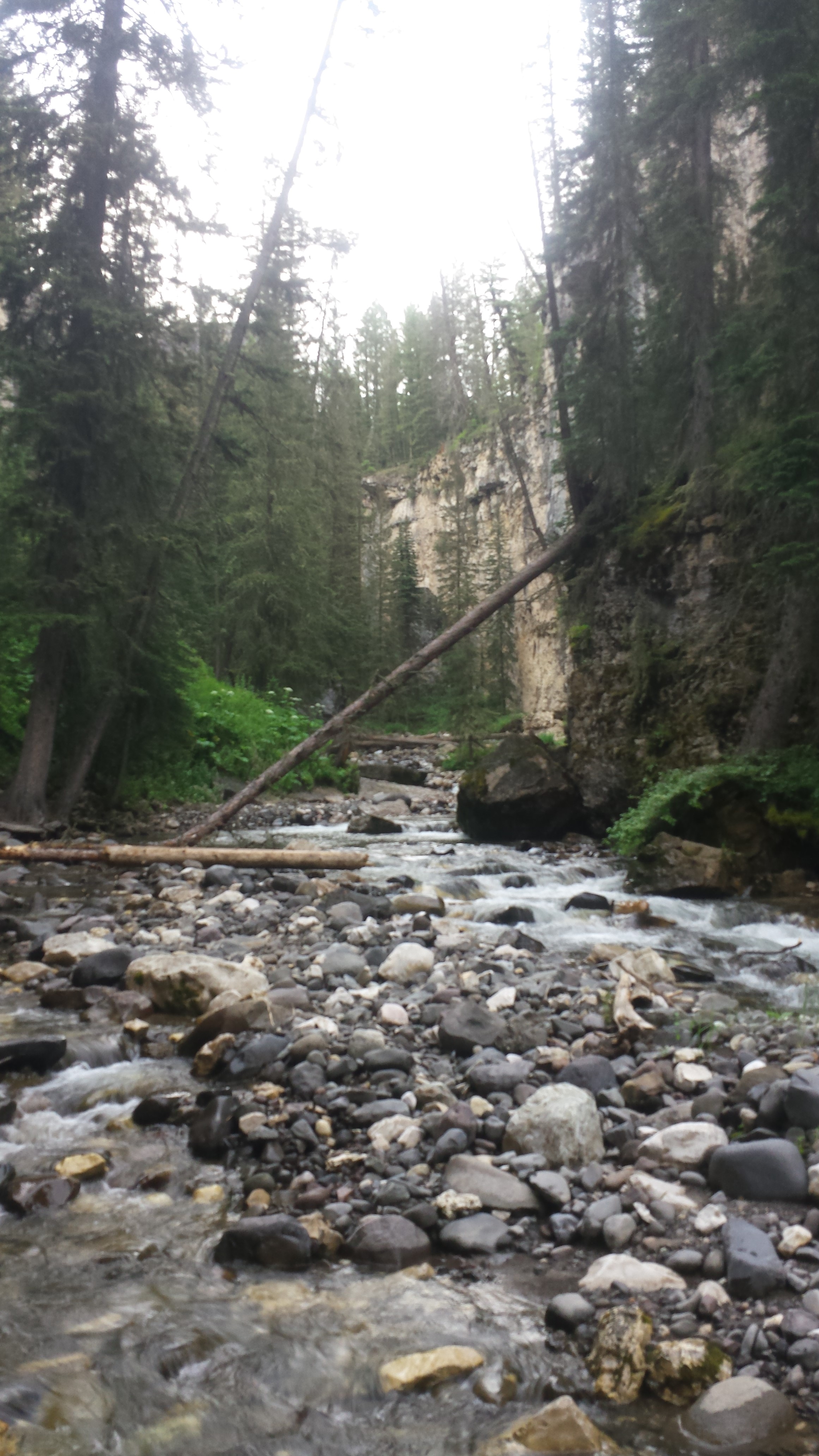 Pebble Creek is not far from the oft-crowded Lamar River.

My family and I camped a couple nights at Pebble Creek on the northeastern end of the Lamar Valley. I passed the Lamar and Soda Butte and saw numerous anglers trying their luck, but the smaller, more secluded Pebble Creek turned out to be a great alternative, allowing me and my 8-year-old more than 30 fish in about two hours of fishing. They couldn’t pass up a Yellow Rubber-legged Crystal Stimulator or a tan Elk-Wing Caddis. Nothing was very big, but fishing from the Pebble Creek Campground to the junction with Soda Butte was entertaining, to say the least.

Another spot a lot of folks target is Slough Creek. Again, we passed the trailhead loaded with about 20 cars, whose occupants surely hiked over the hill to the first or second meadow. I like to fish the campground stretch to the boulder-filled valley to not only put my youngster on fish, but to have the place to ourselves. Same story here, lots of smaller fish on the Stimulator, including a 17-incher and a few 12- to 14-inch cutthroats. There was no shortage of takes, with 30-plus fish hitting in a matter of a couple hours. 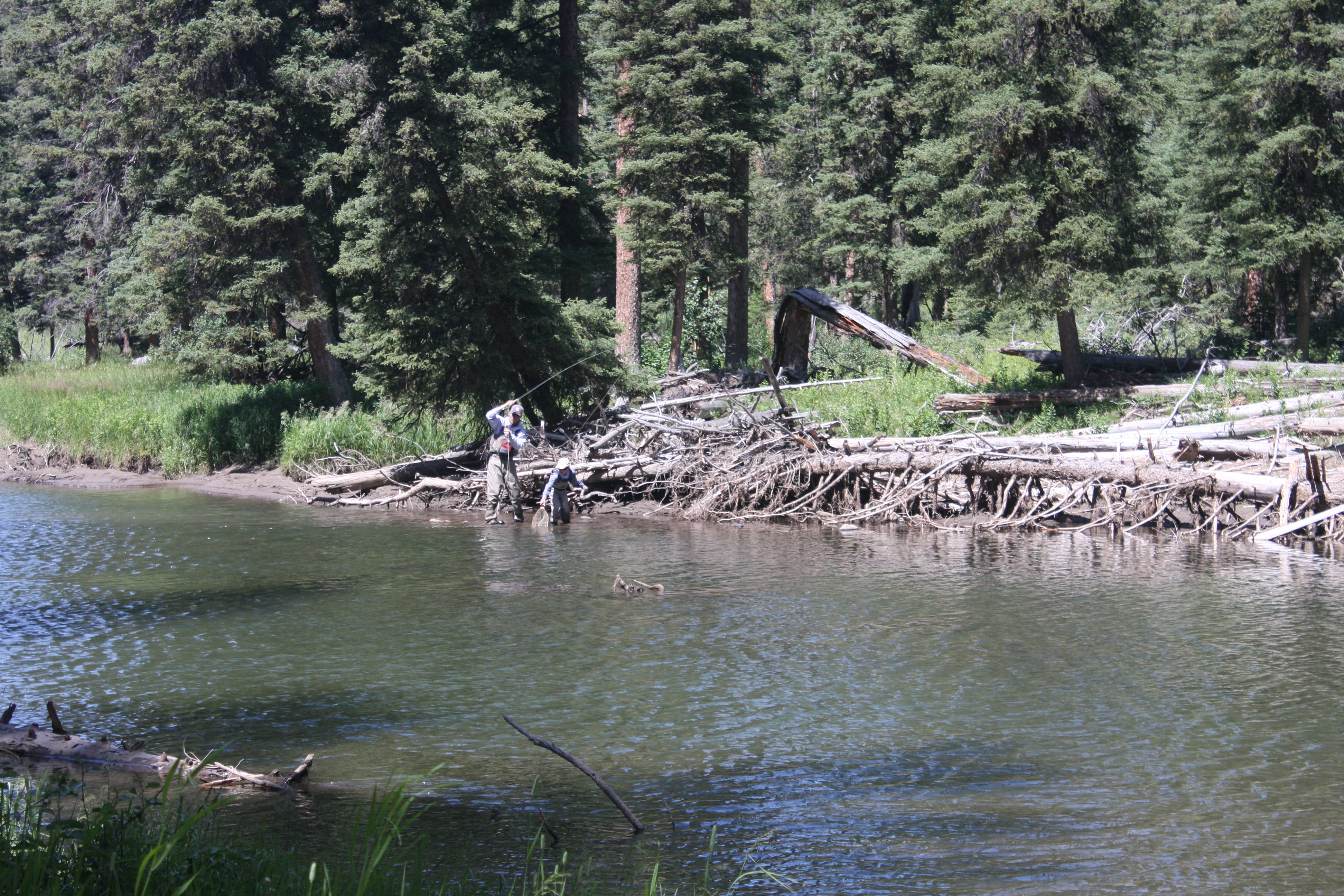 Yellowstone cutthroats are usually willing to hit a Stimulator or Elk Wing Caddis.

One day, we planned to go swimming at the Boiling River along the Gardner near Mammoth. Same thing: tons of cars and a river full of swimmers. So we simply decided to have lunch below some Rocky Mountain sheep and I threw the big yellow Stimmie for about an hour. I managed numerous grabs, including a couple 14- to 15-inch browns.

Finally, my son joked about being in everybody’s vacation photos because I took him to the Lewis River. We managed lots of little trout there, as well. They couldn’t pass up the Elk Wing Caddis, with fish hitting multiple times in every pool that was deeper than your knees. As we fished under the bridge and up to the waterfall, we felt like all eyes were on us, as numerous spectators had a bird’s eye view of each strike on the proven pattern. 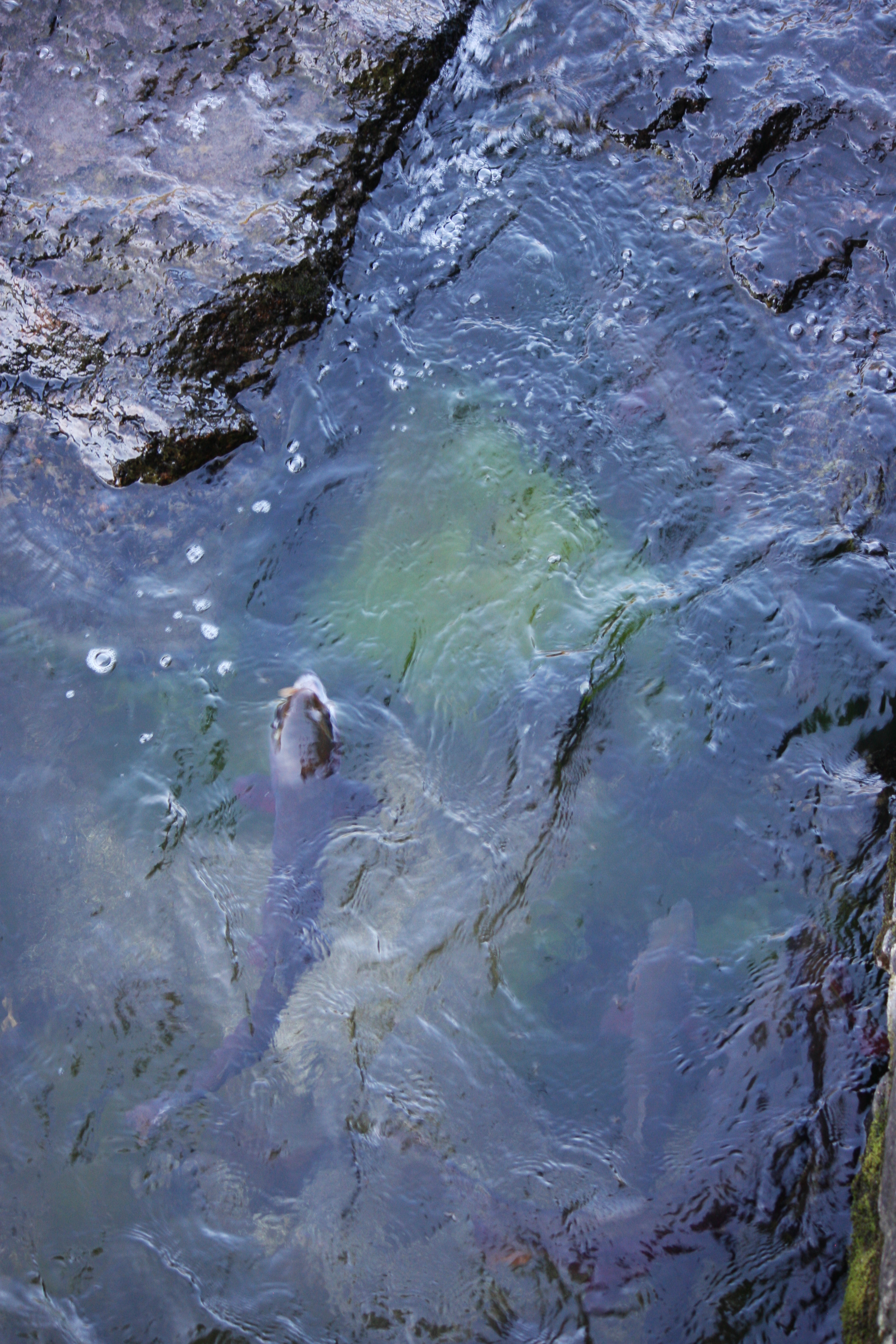 A big cutthroat eats a stonefly at LaHardy Rapids on the Yellowstone.

To round out the fun, we also looked for huge cutthroats at LeHardy Rapids. There is no fishing in that stretch, but we always hope to see running cutthroats going up the rapids. Though I’ve seen plenty of pictures, I had personally never seen one jumping up river here. But from the boardwalk, we saw about six 22- to 25-inch cutts eating stoneflies. What a treat to watch them eat!

Brian La Rue is the former Store Manager of Orvis Reno and Sales and Marketing Manager for High Country Angler Magazine. He now does social media for Outdoor Sportsman Group.

8 thoughts on “Finding Solitude, and Trout, on Yellowstone’s “Less-Fished” Waters”