For many anglers, the Atlantic salmon (Salmo salar) is the ultimate fly-rod quarry because of the rich history and culture that goes along with pursuing these elusive fish: from the famed Scottish rivers that produced so many huge salmon (and quite a bit of classic literature about the experience); to the elaborate and ornate flies anglers have traditionally used; to the rugged rivers of the Canadian Maritimes, which Lee Wulff explored solo in his airplane. The fish is also referred to as “The Leaper” for its uncanny habit of going airborne when hooked. In fact, the fish has been known to jump an astonishing twelve feet into the air.

Range and Life History
Atlantic salmon are native to the North Atlantic, and biologists generally recognize three distinct populations: North American, European, and Baltic. The southernmost limit of salmon in the U.S. is Long Island Sound, and European salmon can be caught as far south as Spain. At sea, the populations mingle in the feeding grounds off Greenland.

Atlantic salmon have also been introduced elsewhere, both intentionally and unintentionally. There are now potadromous populations (those that never go to salt water) in the Great Lakes, offering fishable populations in several well known rivers, such as the St. Mary’s and the Salmon. Where large-scale fish-farming operations have been set up in the Pacific—in Washington, British Columbia, southeast Alaska, and Chile, especially—Atlantic salmon often escape, up to one million fish so far by one estimate. Biologists are not yet sure what impact these escapees will have on the native fishes of the region, but breeding in the wild has been observed in a few streams on Vancouver Island. 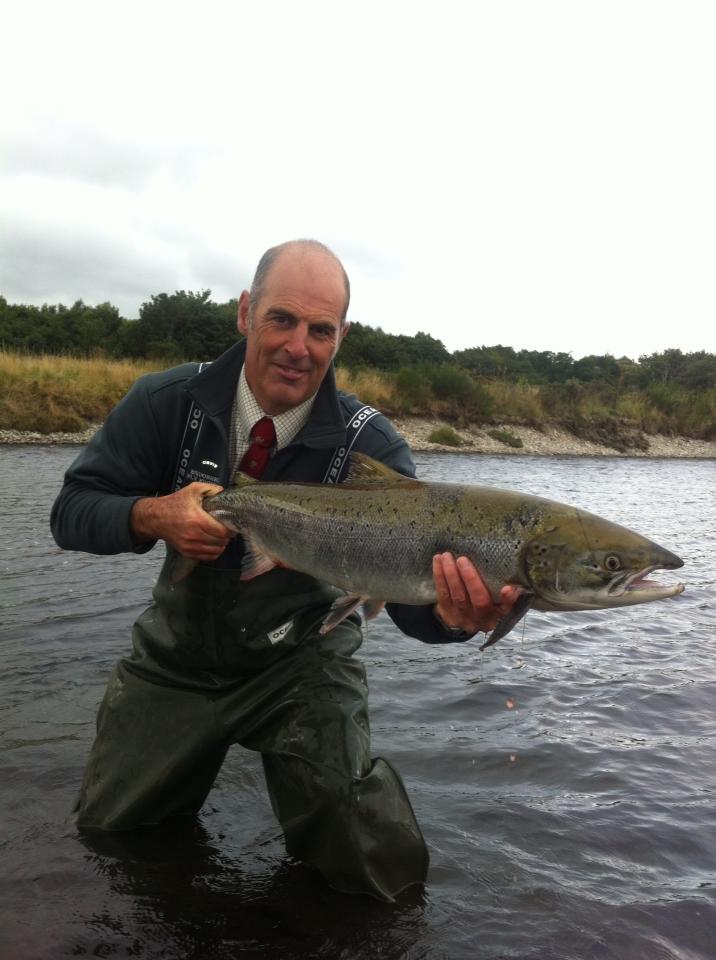 Scottish ghillie Jock Royan with a beauty from the River Spey.
Photo by Shawn Brillon

More commonly stocked around the world, the landlocked version of the Atlantic salmon is native to Maine, Lake Ontario, and a handful of watersheds in Europe. Although it was originally thought that these populations became landlocked when glaciers cut off their routes to the sea, biologists now believe it was a natural adaptation. Prized as a sport fish, the landlocked salmon inhabits hundreds of waters in Maine, New Hampshire, Vermont, and Upstate New York.

Most Atlantic salmon spend two to three years in fresh water after hatching and then migrate to the sea, although that period can be twice as long for more northern populations with lower water temperatures. After several years at sea, they return to their natal rivers to spawn. As an evolutionary hedge against low-water years, fish from the same population may spent different amounts of time in the oceans. Although it’s a commonplace that Atlantic salmon don’t die after spawning, as Pacific salmon do, in fact the vast majority of Atlantic salmon spawn just once or twice.

Conservation
The Atlantic salmon has seen a huge decline in population of the past few centuries, especially in North America where dams cut off spawning grounds on virtually every river. Whereas every major river north of the Hudson once held salmon, the fish now inhabit just 11 waters in Maine, where they are listed as endangered. Stocking programs have offered limited success in rivers such as the Connecticut, and several dams are slated for removal in the coming years, which could help restoration efforts. Things are better in Canada, but there, too, all is not well. The inner Bay of Fundy rivers of Nova Scotia and New Brunswick have endangered-status protection, and many other rivers have been assessed as endangered or threatened. The Atlantic Salmon Federation, which operates in the U.S. and Canada, is one of the main conservation organizations seeking to conserve, protect, and restore wild Atlantic salmon and their ecosystems. 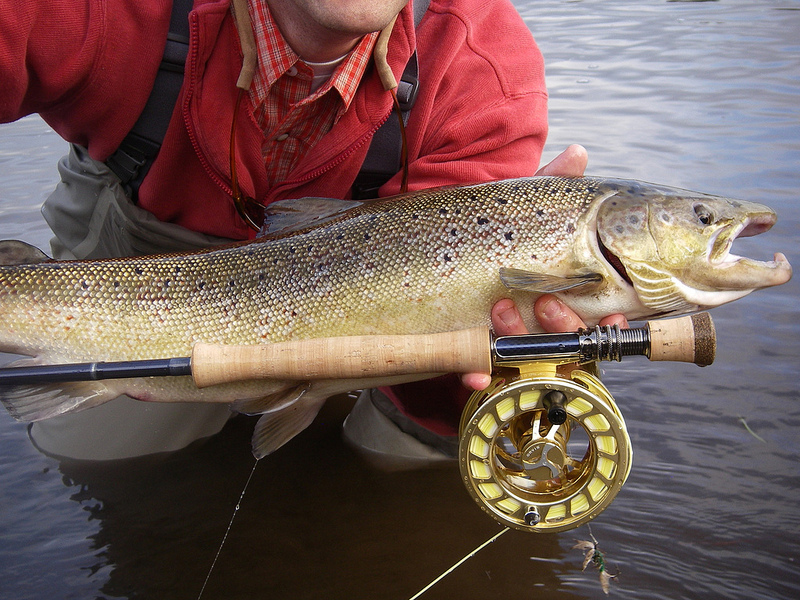 Trophy of Kings
The size of Atlantic salmon varies fairly widely throughout their range, and in North America they average about 10 pounds, although much larger fish are not infrequent, especially on larger Canadian rivers. The IGFA world-record fish was caught in 1928 on Norway’s Tana River, weighing in at 79 pounds, 2 ounces. The fly-caught record is a 47-pounder from Quebec’s Cascapedia River in 1982, although stories abound of much larger landings. (The largest landlocked salmon was a 26-pound, 12 ounce fish from Michigan’s Torch Lake.) Many people consider Norway’s Alta River to be the best in the world for Atlantic salmon, and demand is so high that licenses are available only through a lottery in which just 10 percent of applicants are chosen.

Flies Old and New
Although they were reached the height of their popularity during the latter half of the 19th Century, the gorgeous, colorful full-dress flies many associate with Atlantic salmon are rarely tied for fishing anymore. Nowadays, North American anglers are more likely to use drab, imitative patterns, often tied on a tube or a double hook. Many flies have actually been adapted from classic steelhead patterns, in a kind of reverse-historical influence. Anglers will argue endlessly about the importance of color, size, or sparseness. But despite modern innovations perhaps the greatest achievement for a salmon angler is to catch a fish on a dry or “waking pattern,” such as the venerable Bomber. A more difficult goal is entry into the “16/20 Club,” which requires an angler to land a 20-pound salmon on a size 16 fly.

2 thoughts on “Fish Facts: Atlantic Salmon, a.k.a. The Fish of Kings”