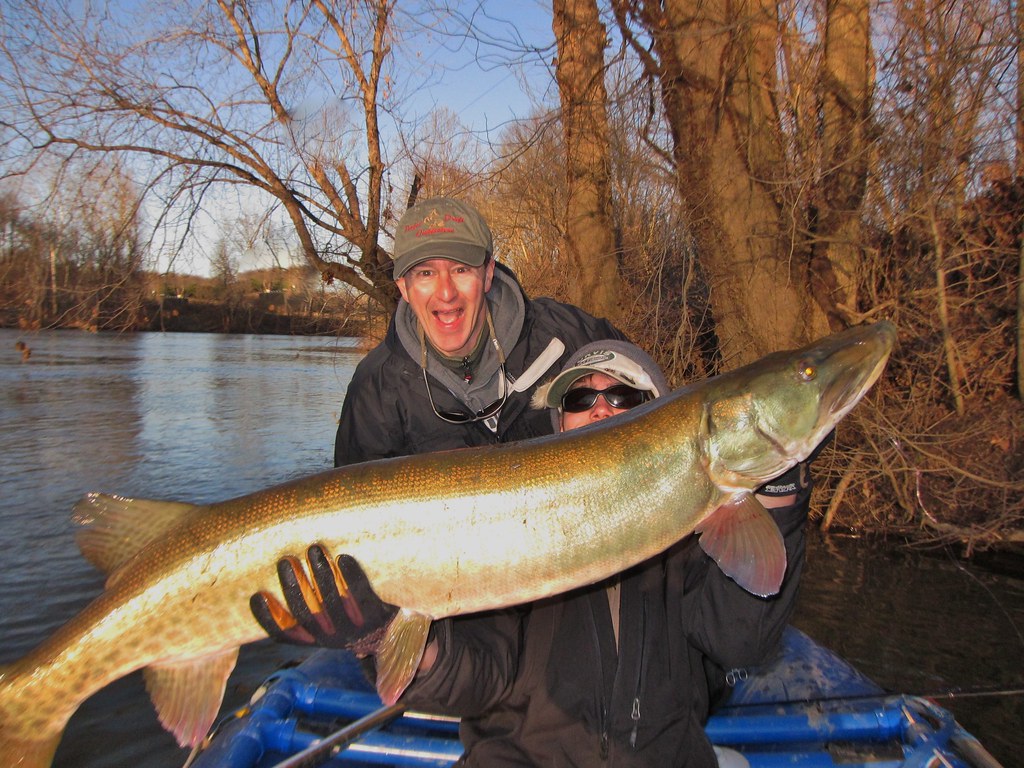 The top freshwater predator of North America, the muskellunge is also perhaps the continent’s most elusive game fish, earning its nickname, “the fish of 10,000 casts.” The name muskellunge comes from a French translation of the Ojibwa word maashkinoozhe, which means “ugly pike,” but it is the species’ ferocity, rather than its appearance, that makes anglers go weak at the knees. The ultimate ambush predators, muskies spend most of their time lying motionless in the weeds, waiting for a meal to swim by. Once they decide to strike, however, the speed and power of the attack are remarkable. The sight of a four-foot fish hammering a foot-long fly and then launching itself into the air is what makes the long hours of fruitless casting worthwhile. 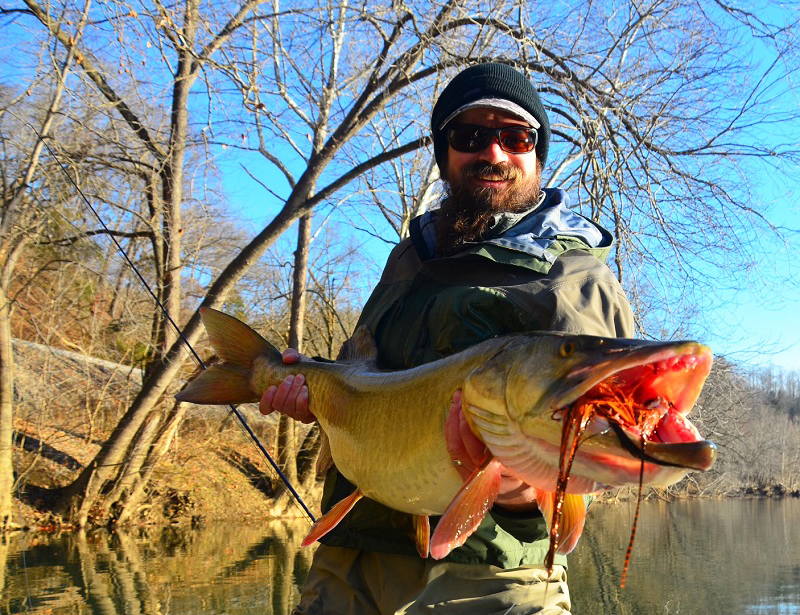 Voracious predators, muskies will attack with both speed and power.
Photo by Matt Miles

Monster Mash
The largest member of the pike family, the muskellunge (Esox masquinongy) grows to enormous proportions. The IGFA world-record fish is the 67-pound, 8-ounce monster caught by Cal Johnson on Wisconsin’s Lake Court Oreilles in 1949, although the Freshwater Fishing Hall of Fame recognizes a 69-pound, 11-ounce fish caught the same year on the Chippewa Flowage (also in Wisconsin) by Louis Spray. The IGFA refuses to acknowledge the Spray fish because the angler used too many hooks and shot the fish (!) in order to land it.

The controversy over which of these fish is the true record rages in the muskie-fishing community, so much so that an organization called the World Record Muskie Alliance was formed to mediate the debate and to authenticate any future records. But there are other fish to argue about, as well: Canadian angler Dale McNair caught and released a 57-inch muskie with a 33-inch girth in November, 2008; the standard formula estimates the fish’s weight at a mind-blowing 77 pounds, although McNair estimates it at 68. The IGFA refused to recognize the fish.

Dale McNair’s 57-inch musky is not recognized as a record because it was released.
Photo via musky.ca

Fly-fishing for these huge fish is becoming increasingly popular, and the FFHF recently certified Brad Bohen’s 51.5-inch behemoth as the largest muskie caught on a fly.

Range and Habits
Muskellunge are native only to North America, with the bulk of the population in the Midwest and southern Canada. Wisconsin made the muskie its state fish in 1955, and the waters around Hayward still produce many of the biggest fish each year. However, stocking programs have increased the range east to Maine and west to the Rockies. Tiger muskies, hybrids created by crossing musky with pike, have also been widely stocked across the country; because tiger muskies grow very fast, they are popular with both anglers and fisheries managers.

Muskies inhabit lakes and larger rivers, especially those that feature clear water, and they feed most when water temperatures are between 67 and 72. Although they occasional form loose schools, most muskies are solitary and inhabit a couple of home ranges—one shallow, one deep—from which they rarely stray. Once they reach adulthood, they have virtually no predators, save for anglers and perhaps an ambitious bird of prey. Spawning occurs in mid- to late spring. The fish do not make redds, but disperse eggs randomly over weedbeds. 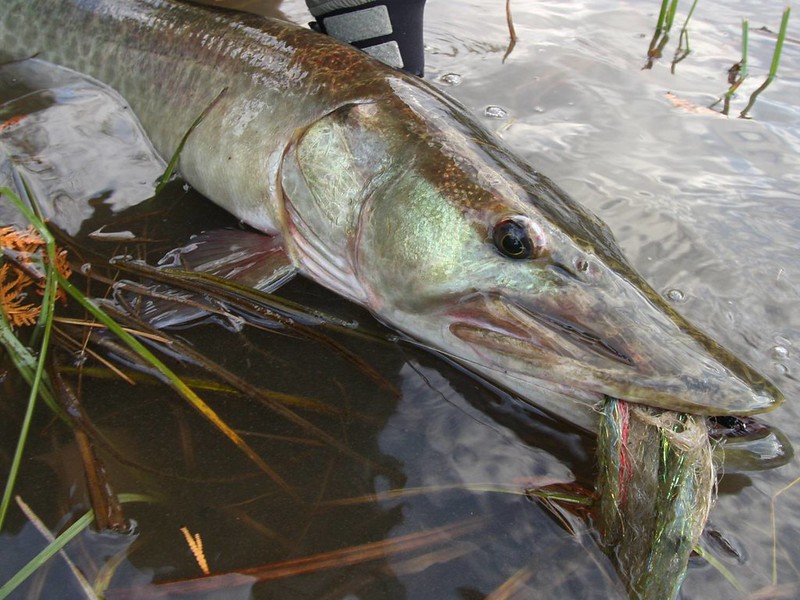 No fly is too big when you’re fishing for a species with a mouth like that.
photo courtesy Kip Vieth

Supersized Meals
Muskies are hardly finicky eaters, basically willing to wolf down anything that fits in their mouth—baitfish, frogs, ducks, muskrats, and even snakes. Adults will eat prey up to 1/3 their own length. And this voraciousness starts early: juvenile muskies just two inches long prey on other fish (even fellow muskies). It’s hard to choose a fly that’s too big, and most run between 8 and 15 inches long. Large bunny flies, streamers, and poppers are the weapons of choice, and of course, you’ll need at least 12 inches of wire bite tippet as a defense against those razor-sharp teeth.