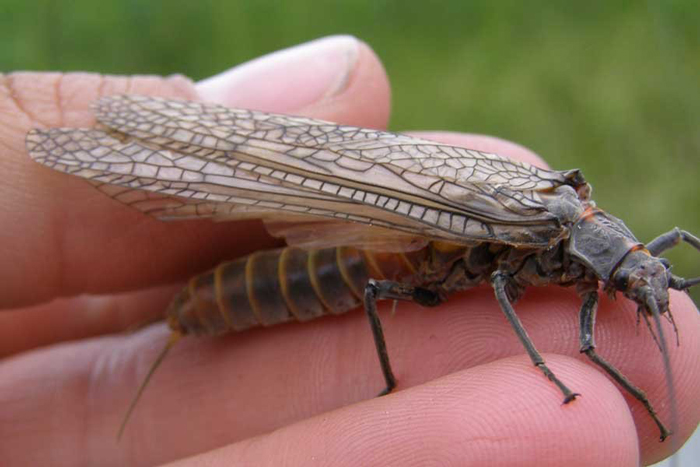 The salmonfly hatch is one of the more anticipated events each year here in the northern Rockies. Locals and visiting anglers alike eagerly await the chance to fish dry flies so large that they often draw laughs or skeptical looks from those who have never witnessed the hatch. Yellowstone Park is an unique place to chase the hatch due to the sheer duration of salmonfly availability among various rivers. While the bulk of the hatch occurs between late June and the middle of July, I have fished the hatch in the park as early as the first of June and as late as the first week of August. Let’s take a look at some strategies for fishing the hatch, as well as where and when you can expect to see the salmonflies in Yellowstone Park. 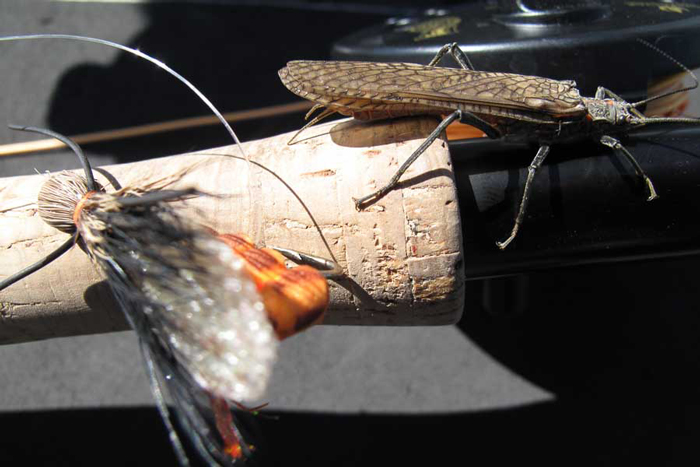 Salmonfly Fishing Strategies
Timing is the most important aspect of fishing the salmonfly hatch. On large river systems like the Yellowstone River, the hatch will gradually move upstream a couple miles each day. Ahead of the main hatch, the nymphs will be very active underwater, making dark-colored stonefly nymph imitations your best bet. As the main hatch approaches, you’ll see adult salmonflies crawling on the rocks and willows and flying in the air. At this point, dry-fly fishing picks up. You will usually see trout rising, but many fish are caught by blind-fishing your dry in good looking water. Don’t pass up a good run just because you don’t see any fish rising. At the peak of the hatch, the fish sometimes get stuffed from the feeding frenzy, and the bite tapers off. After a couple days, the fish will be hungry again, and there will be fewer bugs around for you to compete with. I find that the best dry-fly action is often on this backside of the hatch, after the bulk of the bugs have moved upstream. 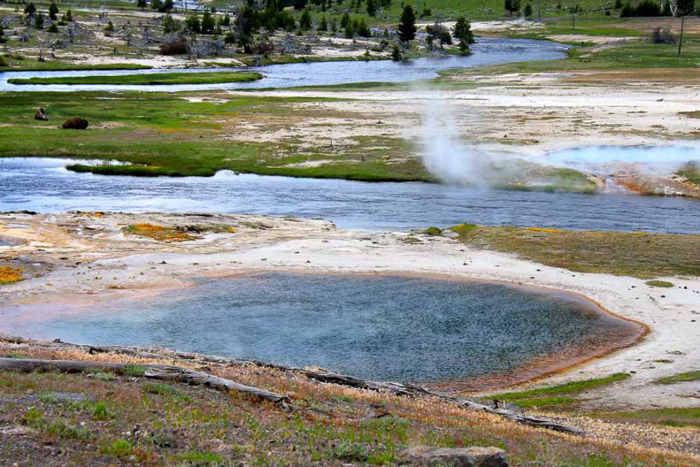 The Firehole River in Yellowstone National Park is the first water to see salmonflies.

Firehole River
The Firehole sees Yellowstone Park’s first salmonfly hatch, which will typically get going between Memorial Day weekend and June 1. The hatch is confined to the mile or so of water in Firehole Canyon. There will usually be about ten days of good activity once the hatch begins. Firehole Canyon has a high fish count, but they tend to run on the small side. There is always the chance of a surprise from Hebgen Lake in this section of river, however, and this is the first chance of the year to throw the big drys. The hatch spills over into the Madison River, as well, especially right around the junction. In my experience, the emergence on the Madison is sporadic and spread out. It’s not really a place to go looking for the hatch, anglers should be prepared, just in case.

Gardner River
Due to major thermal influence, the Gardner River offers a double hatch. Salmonflies will show up from the river’s mouth up to the Boiling River during the last week of June and typically last for a solid two weeks. As the action starts to slow down in the lower section of the river, it is just starting to crank up above the Boiling River. Bugs will be present in this section until the last week of July in some years. As the hatch moves up river into the canyon below Osprey Falls, the fish tend to get smaller and access becomes more difficult. 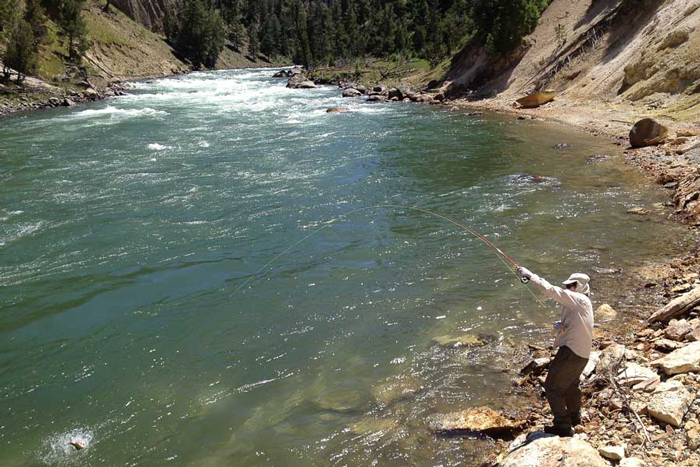 The Yellowstone provides many opportunities, as the hatch marches upstream over a few weeks.

Yellowstone River
The salmonfly emergence on the Yellowstone River in Paradise Valley is world famous, but the bugs don’t stop when they hit the park boundary. This typically happens around the first of July, and the river can offer up to three weeks of good action. I have seen adult salmonflies as late as August 8 in the Grand Canyon during a high water year, but that is not the norm. Both the Black Canyon and Grand Canyon offer good fishing, so it is just a matter of timing. This is one area where I have seen the fishing totally shut down because the fish were simply stuffed. Try to stay a few days above or below the bulk of the bugs if you can, but that is tough on a wilderness river where first-hand info can be hard to come by. On the other hand, that is the allure of the salmonfly hatch: it’s a gamble, but when everything comes together, look out. The Lamar River can muddy the Black Canyon after a storm, so keep that in mind as well.

Gallatin River
The Gallatin hosts a somewhat underrated salmonfly hatch for a river of its stature. The Yellowstone Park section of the Gallatin River is much less famous than the Montana stretch downriver but is still interesting water. The fish are on the small side generally, but during salmonfly time anything is possible, and big trout seemingly appear out of nowhere from time to time. In my experience, the hatch on the Gallatin tends to move upriver faster than in most other drainages, so timing can be tough. Generally speaking, expect the hatch to hit the park boundary during the first week of July. Area fly shops and outfitters keep tabs on the bugs and will be good sources of real-time information. 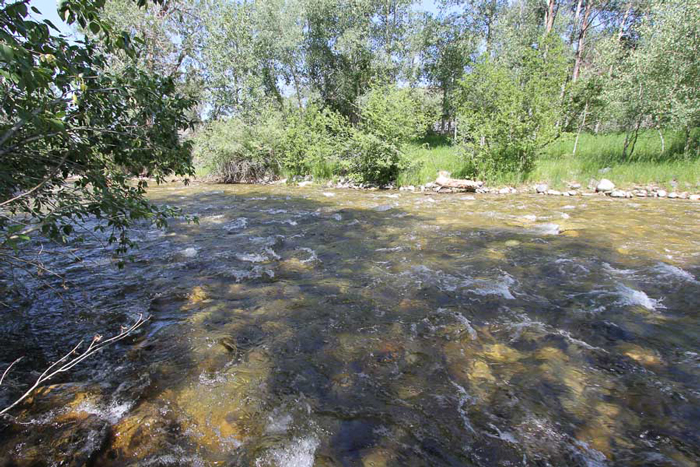 Other Waters
While the rivers above offer the most predictable, widespread hatches of salmonflies, there are plenty of other rivers where you can find the big bugs. Stoneflies thrive in boulder-strewn pocket water environments and even classic meadow streams, like the Lamar and Slough Creek have short canyon stretches where salmonflies can be found. The same holds true for the Gibbon River or Pebble Creek. If you are out exploring during the first week or two of July, be prepared because you never know what you might run into.