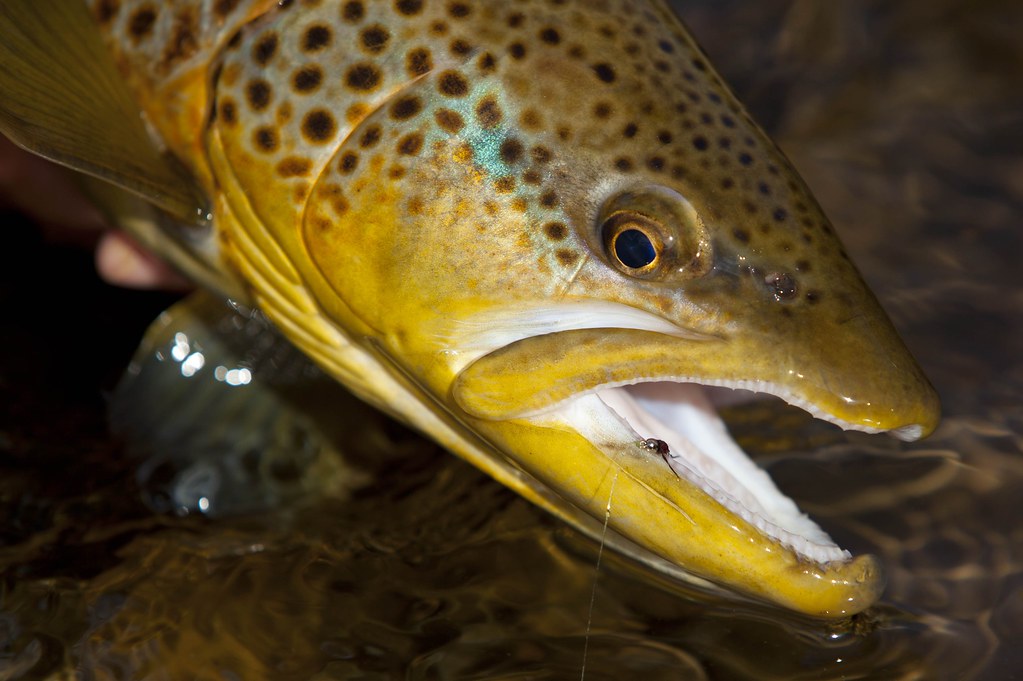 Utah fly fishing tends to get overlooked quite frequently as a fly fishing destination. I think this is mainly due to its proximity to other stellar fishing states (ID, MT, CO, WY) who hold epic reputations for big water and big fish. In addition, aside from the Green River, the state lacks any really big, well known water. However, what the state lacks in large popular waters it makes up for in its abundance of small streams that hold some big fish. I’ve found more skinny water that holds impressive fish than really anywhere else in the West, and on a cool spring day in 2010 Spencer Higa and myself set out to test our luck on just such a river.

The draw of fishing small streams is the challenge. The oftentimes tiny casting windows and impossible structural hazards that must be avoided create an atmosphere in which you celebrate an accurately placed cast, whether or not you land the fish. But of course convincing a fish to take the fly makes it all the more sweet.

It was the time of year when just about any bugs may be hatching on the river, and from previous experience on this particular stretch, we knew that it was likely that most everything would be hatching. We were most excited about the prospect of a drake hatch. After a 15-minute or so hike to the river, we began turning over rocks and quickly saw that the green drake nymphs, while large and motile, were not looking like they would pop that day. Despite this, as is virtually always the case on these rivers, we soon found more bugs in the air then I could possibly imagine, and plenty of trout seemed to be interested in these flying critters, as well. If you simply touched a bush or tree within 100 feet of the river, it would explode in a cloud of insect life, the likes of which would make an excellent scene from a crappy horror film. For Spencer and me, it elicited much different feelings. 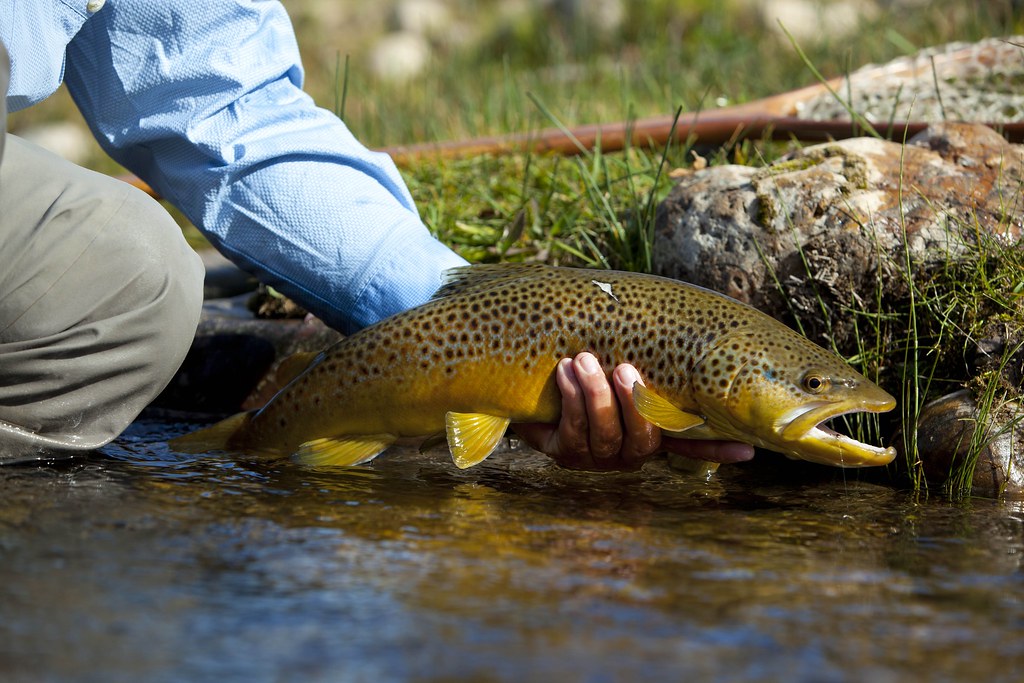 When trout like this are eating on the surface, they tend to do so lazily, rather than with abandon.
Photo courtesy Falcons Ledge

We quickly pinpointed the large golden stones that were hatching as the most likely targets of the fish’s systematic feeding. In some rivers, you would anticipate these numbers of bugs to stimulate a sort of uncontrolled feeding frenzy, like a salmonfly or cicada hatch; however on these rivers the fish act as if these insect sightings are commonplace and feed on them in a much more confident fashion, as if they were sipping midges. The browns don’t overreact to these bugs because they know that if they miss one, something else will be coming along soon thereafter. The calm sip of these large dry flies that we were presenting fell in stark contrast to the explosive reaction that followed the hook set.

These are athletic fish. They leap out of the water—in many cases literally jumping from one shore to the other—and in other cases just putting their nose down and moving for cover. Once you have hooked the fish, you have to very gently direct its fight away from the strong, fast boulder-filled currents and log jams and move it into water where they can be landed. This is one of the more challenging ways to land big fish. On this day we landed many nice fish, and we spooked or lost just as many.

Take a look at the video we took on this great day of fishing skinny water. (See below.)

Tim Jenkins is a fly-fishing guide at Falcons Ledge in Altamont, Utah.