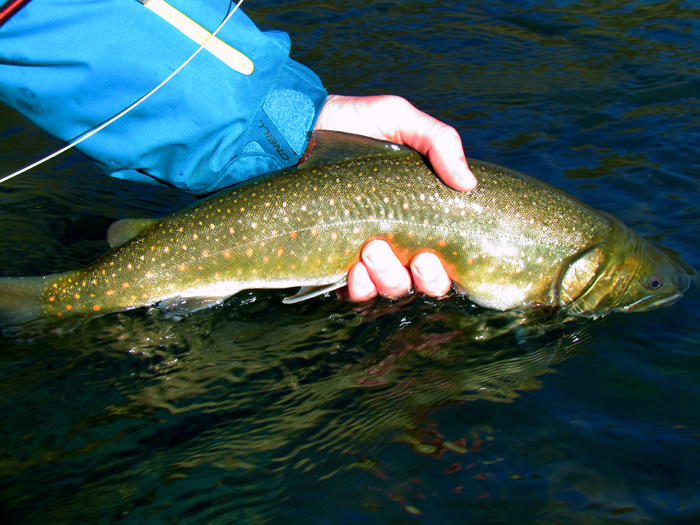 I went to the South Fork of the Boise with Ryan William as soon as we heard that it was open. We wanted to put eyes on the water and see how the river had changed, and in some cases it was like learning a new river. Ryan had just recently acquired a Helios and was eager to put it to the test against the river’s rainbows, so we hit the road ready to battle the cold weather. We were packing some small dries—including some suspended midges, BWOs, and October Caddis—as well as an array of nymphs.

The day was going pretty slowly, as I was sure that my rotation of nymphs would do the trick. The joke seemed to be on me, and I was considering changing my rig to nymph the lower column. I was using an October Caddis mainly as an indicator and a midge dropped below. I decided to try a few more casts, just for the hell of it. 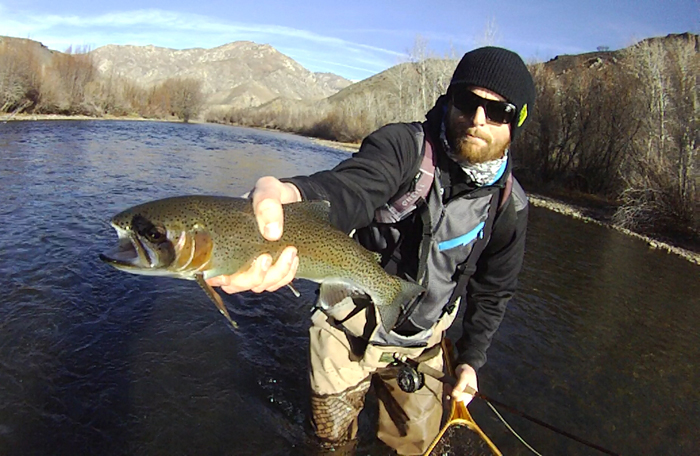 Ryan kept the skunk off by landind this eleventh-hour rainbow.
Photo by Evan Williams

Before I knew it, the dry fly was consumed with a swirling aggression that took me by surprise, and I almost missed the set. I thought that I had the biggest rainbow I had ever hooked on my line. I’m sure that I am not the first one to have yelled aloud when netting a fish, but I let one out for every one to hear as I netted my first bull trout—and on on a dry fly, to boot!

By this point, Ryan was grumbling because he had still not caught anything, and I was acting like a kid on Christmas with a catch I wont ever forget. Ryan has a funny track record: he has these slow days, but always catches one exceptional fish to keep from getting skunked. Sure enough, he dropped an adult BWO perfectly on the bank and had a great fight with the rainbow that ate his fly.

Note: The fish that has the jacked up mandible was not our doing, de-barb those hooks y’all!