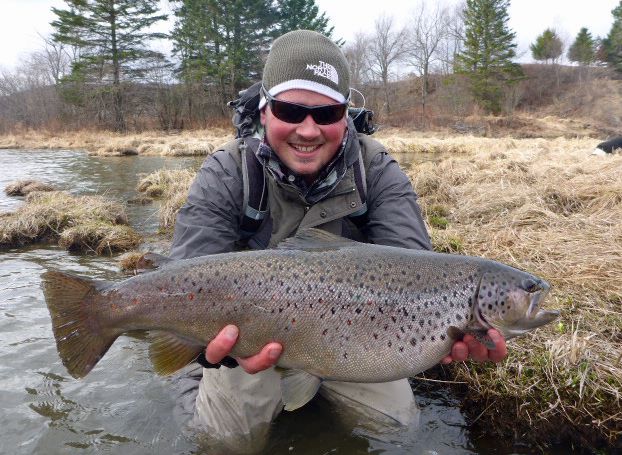 Last Thursday, we posted the above photo of a huge fish caught by Greg Inglis—who guides at Lopstick Outfitters in Pittsburg, New Hampshire—on the Upper Connecticut River. We asked you to identify the species, since the fish is slightly odd-looking.

Well, the vast majority of you got it right: that’s a large brown trout. There are several ways to tell that it’s not a landlocked salmon. Our randomly selected winner, James, pointed out three important characteristics: the tail is squared off, not forked, the caudal puduncle (or “wrist” before the tail) is thick, and there’s a red spot on teh adipose fin. Others noted that the jaw extends beyond the eye and the fact that so many of the spots extend below the lateral line. The scientific way to tell what species it is would be to examine the vomerine teeth in the roof of the fish’s mouth: a salmon has these teeth in a straight line, while a brown’s are in zigzag rows.

Thanks to all who played!

Image via NH Fish and Game

One thought on “The Answer to Our Fish-Identification Contest”