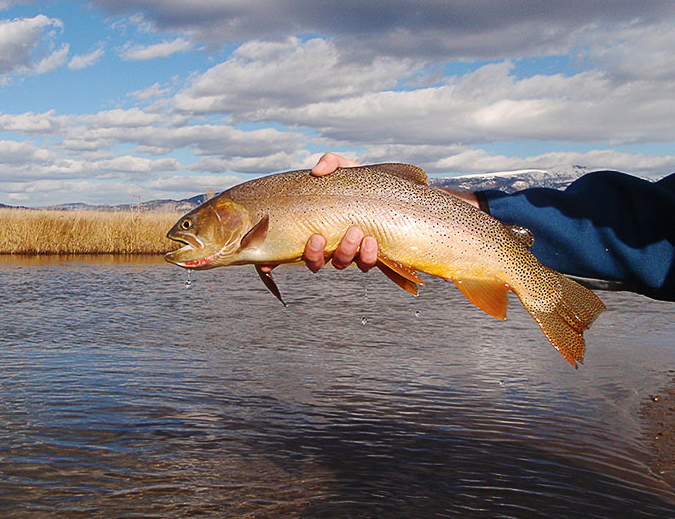 After months of trying, the author finally landed the Flat Creek cutthroat he’d been after.
Photo by Andy Bennett

There are those that say cutthroats are easy to fool and poor fighters, but I’m guessing those people have not fished Flat Creek on the National Elk Refuge outside of Jackson, Wyoming. This (spring-like) creek holds trophy, native Snake River fine-spotted cutthroats that are frustratingly spooky and infuriatingly selective. Fooling even a small cutty can be challenging.

Living only minutes away, I made it a point to fish Flat Creek as much as possible this year. Because it is only open three months out of the year, the stream sees considerable pressure in August and much of September. October, especially late in the month, allows for a little solitude. Before the government-forced closure of the Refuge, I fished the stream some 15 times. I was only skunked once, but had yet to catch one of the 20-plus-inch trophies the creek is famous for. On October 20, that finally changed, as I was fortunate enough to land a great fish.

There was a fairly good Baetis hatch and some rising fish when I arrived on the water. The first cutty I caught, which fell for a size 18 BWO Cripple, was a hard-fighting 14 inches. Following that small one, I had a few good fish refuse various small mayfly patterns, and I may have even missed a couple. With more stalking and searching, I finally found an impressive cutty sipping dries in some shallow water under a cutbank. After sitting and watching the fish for 10 minutes, I determined that it was indeed rising consistently and taking emerging mayflies. I tied on a size 20 BWO Emerger and made my first cast, which was poorly executed. 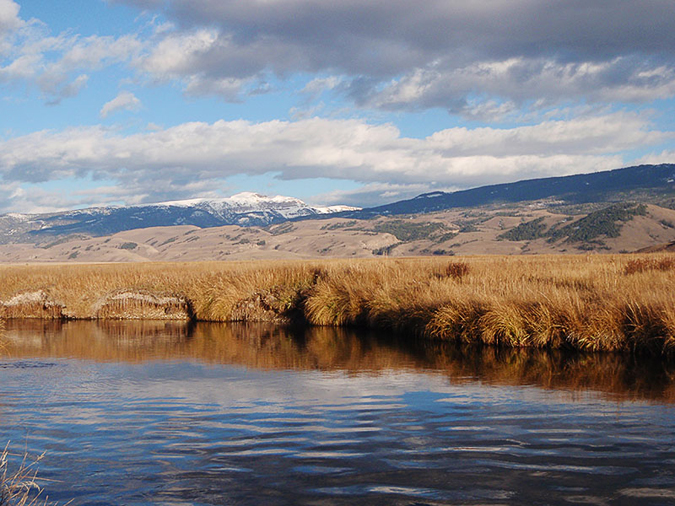 The setting of Flat Creek, amidst the National Elk Refuge, is pretty stunning.
Photo by Andy Bennett

Thankfully, my sloppy cast didn’t spook it, and on my second cast, the trout casually sipped my fly. Flat Creek cuttys of any size are hard fighters, and this one was no exception. Once the fish was landed, photographed, and released, I decided to call it a day, as I wasn’t going to top that fish.

If you are in the greater-Yellowstone area in late-summer or fall, be sure to visit Jackson and fish Flat Creek. You might leave frustrated without catching anything, or you might leave elated after landing a trophy cutthroat. Either way, your fly-fishing skill will have likely improved considerably.

Andy Bennet is a photographer and photo editor who lives in Jackson, Wyoming. Check out his website and his blog, The Donkey Report.

One thought on “Photos of the Day: Searching for a Trophy Cutthroat on Flat Creek”