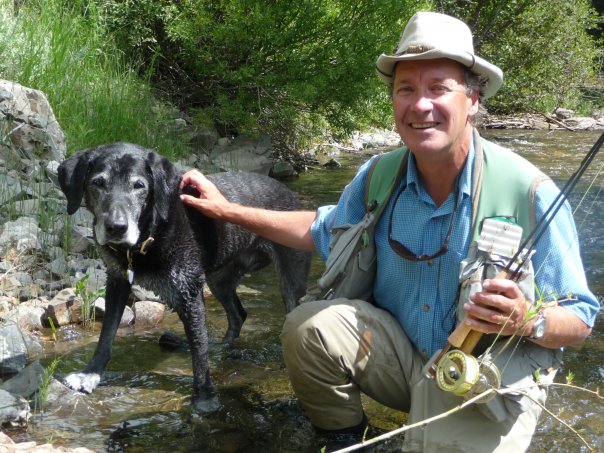 Trout Unlimited is fighting back against those who would block rule changes to restore protections to headwater streams. Among those lobbying Washington are the heads of prominent fly-fishing companies, including our own Dave Perkins. Here’s the TU release:

In a letter to the joint committee hearing of the House Committee on Transportation and Infrastructure and the Senate Committee on Environment and Public Works, industry leaders noted the importance of headwater streams to the health of America’s waterways, and to the bottom lines of fishing manufacturers and retailers all across America.

“The small waters to which this important draft rule applies are the lifeblood for many of our country’s prized fisheries. They flow into rivers, streams and lakes that provide the foundation of our industry–our bottom lines depend on intact watersheds, cold, clean rivers and streams and intact, fishable habitat,” the letter reads. The letter was entered into the Congressional record by Travis Campbell, the president of Far Bank Enterprises (Sage, Redington and RIO), Dave Perkins, vice-chairman of the Orvis Co., John Land Le Coq, founder and CEO of Fishpond/Lilypond Inc., and K.C. Walsh, owner and president of Simms Fishing Products.

The Waters of the United States rule proposed by the EPA and the Corps was drafted after two Supreme Court decisions in the early and mid-2000s removed Clean Water Act protections from small “intermittent and ephemeral” streams because, the court said, there was no proven nexus between these small waters and the larger river and streams into which they flowed. The two agencies have scientifically proven that connection, and the draft rule, as per the court’s direction, moves to restore protections for these important waters under the CWA. Trout Unlimited produced a report earlier this year that shows the importance of these small waters.

“In addition to being acutely interested in the health of our watersheds, we are also concerned that blocking this rulemaking process could turn back the clock on the progress our nation has made since the Clean Water Act was put into place more than 40 years ago,” the letter reads. “Today, rivers that once actually caught fire are home to remarkable runs of steelhead and brown trout. Streams that were once uninhabitable for native brook trout are now home to robust populations of these prized fish. What’s more, our country’s drinking water is healthier and safer than ever before.”

To date, more than 800,000 Americans have commented in support of the rule through the EPA and the Corps.

Click here to read the full text of the letter.