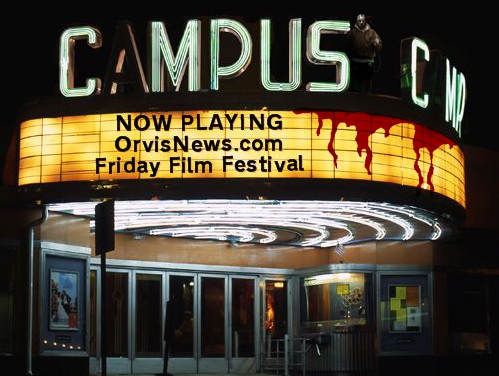 Welcome 2017’s second Paraskevidekatriaphobia-inducing edition of the Orvis News Friday Fly-Fishing Film Festival, in which we scour the Web for the best fly-fishing videos available. This week, just to mess with triskaidekaphobics, we’ve got thirteen great videos from around the world. It’s a fantastic mix of tiny streams, big rivers, and saltwater adventures that will take you from Scandinavia to New Zealand, and from North Carolina to British Columbia.

For best results, watch all videos at full-screen and in high definition. Remember, we surf so you don’t have to. But if you do stumble upon something great that you think is worthy of inclusion in a future F5, please post it in the comments below, and we’ll take a look.

And don’t forget to check out the awesome Orvis fly-fishing video theater: The Tug. As of today, there are exactly 1,426 great videos on the site!

We kick things off with a minute of spectacular scenery and char from northern Scandinavia. The bug shots are mesmerizing, and of course there is coffee.

The latest film from Matt Dunkinson features some savage strikes and huge pike. Appropriate for the date, cue Echo and the Bunnymen: “I know it must be the killing time.”

If you like small streams, you’ll dig this short by Lars Reber about Tenkara fishing for trout in North Carolina, with cool visuals and a great soundtrack.

Here’s a video of a single tarpon taken on the fly, from presentation to landing–with a few cool jumps in the middle.

This is probably the slickest and prettiest video about fly-fishing for carp I’ve ever seen, shot in South Africa, to boot.

Fly-fishing in the east Kootenays of souther British Columbia looks gorgeous in this video from Glass Horizon Photography.

This trailer for a film about chasing golden dorado is full of adventure travel through the jungle and hard-fighting, big fish.

Here’s a quick-and-dirty video about an angler throwing a mouse pattern for the first time in Southern Utah as the sunset on one of his favorite streams.

False albacore are a blast on a fly rod, as they take off like freight trains after being hooked. This video does a great job of capturing the excitement.

Our pal Ken Tanaka from Wish4Fish fished Utah’s famed Green River from shore and did pretty well, as his latest teaser shows. Check out the full video here.

Here’s a little early season fishing from New Zealand’s North Island, where both the rivers and the trout are breathtaking.

Not much story here, but plenty of impressive brook trout from Southern Patagonia.

This video about chasing redfish on poppers close to shore is overly long but offers some awesome shots of big reds hammering surface flies. Warning: a bit of salty language.