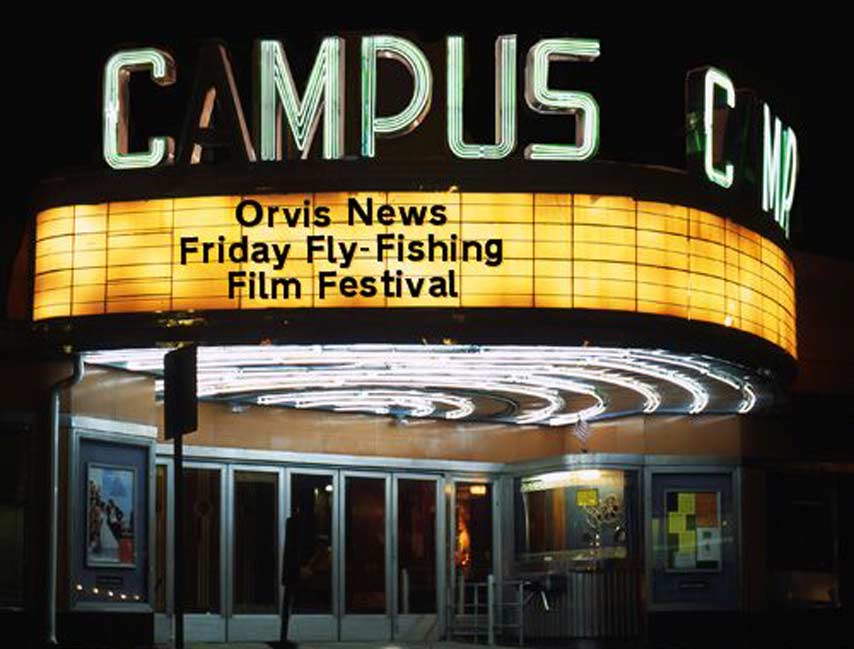 Welcome to a classic edition of the Orvis News Friday Fly-Fishing Film Festival, in which we scour the Web for the best fly-fishing videos available. I’m away from the office this week, so I scoured the archives to come up with this cool F5 from all the way back in 2016. This week, we offer thirteen productions that cover a lot of ground, taking you from British Columbia to Romania and from Argentina to Iceland.

For best results, watch all videos at full-screen and in high definition. Remember, we surf so you don’t have to. But if you do stumble upon something great that you think is worthy of inclusion in a future F5, please post it in the comments below, and we’ll take a look.

We kick things of with another cool piece of filmmaking by Patrick Rhea from Livit Films, shot on the trout streams of North Georgia.

This wrap-up of the 2016 season in Norway includes great footage of feeding trout, incredible scenery, and a trout that you will not believe at the end. Yowza.

Our buddy Jako Lucas traveled to northern Argentina’s Iberá Marshlands to capture this fantastic footage of fly-fishing for golden dorado. Both the scenery and the fish are impressive.

Kicking around Northern BC in the Fall of 2016, these guys seem to have had a good time. Plus, I learned a new phrase: “My reel just fully pooched out.”

Luke Bannister’s videos are the epitome of relaxing serenity. Here, he casts for grayling on a tributary of the River Wye.

This is a killer 36 seconds of redfish action by Drew from Looknfishy, who got up close and personal with his quarry. I love the eat!

Here’s a very cool trailer for an upcoming film by Western Fly Media, wrapping up the 2016 season, including the good and the bad. I wonder about that title, though. I know that I wouldn’t want to compete with Candide Thovex.

One of my favorite things about putting together the F5 is discovering new fisheries. Just look at this stunning freestone mountain stream. Would you have ever guessed that it is in the Transylvania region of Romania?

This trailer for an upcoming film about a trip to Iceland has everything you’d expect, but you might wanna turn the volume down.

Check out half a minute of super-fat carp action from Spain. Look at the belly on that beast!

Here’s a beautiful look at Oregon’s North Umpqua River and focused on the importance of the Frank Moore Wild Steelhead Sanctuary. We should all do whatever we can to safeguard an area that contains some of the best wild steelhead spawning areas in the Pacific Northwest.

We finish up with a full-length episode of “Seasons of the Fly,” in which host Greg Heister chases tarpon off Anna Maria Island on Florida’s west coast.