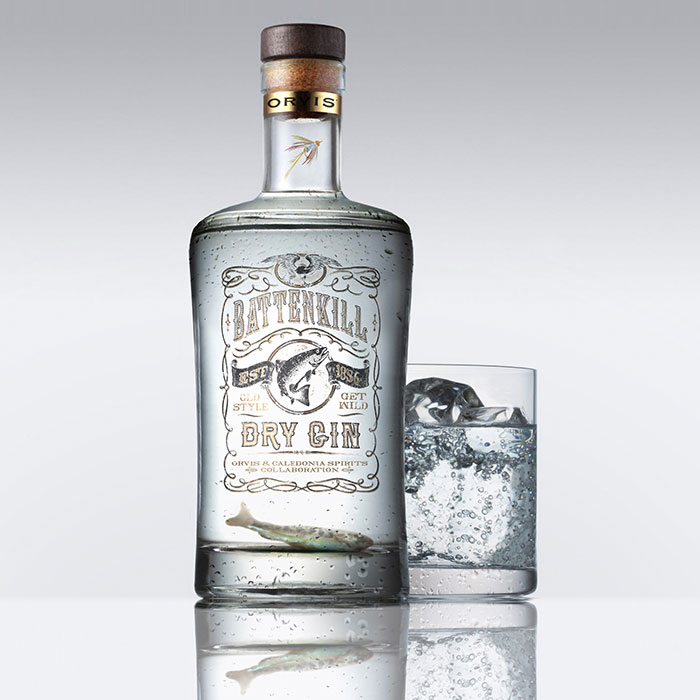 Our new Battenkill Gin will add elegance and a unique flavor to any bar or cocktail.
Photo by James Daley

If you’ve spent any time over the past few years perusing the shelves of your local liquor mart or the racks behind your favorite bar, you’ve surely noticed the rise of small-batch gins. Many of these are pushing the boundaries of what gin can be—adding a variety of botanicals, as well other less traditional flavorings—offering consumers a wide range of choices. Now, there is one more.

Orvis is proud to introduce—in collaboration with Vermont’s own Caledonia Spirits, makers of Barr Hill Gin—a revolutionary new option for lovers of the juniper berry. There has simply never been a spirit like Battenkill Gin, which offers a taste experience that connects to the history and traditions of the Orvis Company.

The genesis of the idea came from across the Pond, when Richard Banbury, Director of Export for Orvis UK, sat down for dinner at The Pig Hotel in Bath, where he fell in love with a Gin-Cured Trout Salad. The meal was so delicious that it stayed on his mind, and the next time he was enjoying that most British of drinks, a gin and tonic, he thought, “If gin-cured trout is so delicious, why not try it the other way ’round: trout flavored gin?” 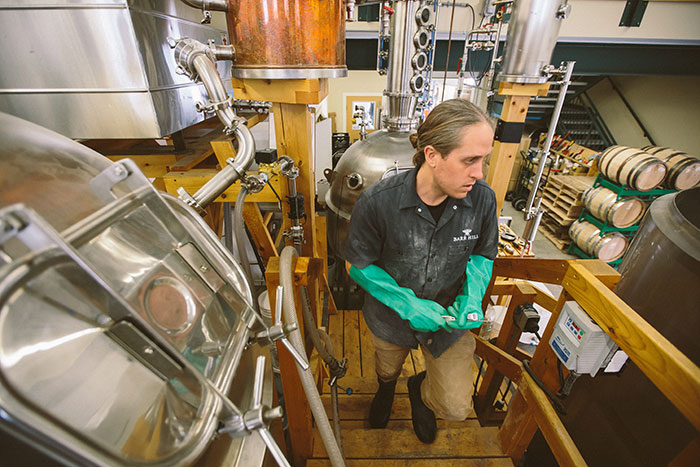 The next time he visited Orvis HQ in Vermont, Richard brought up his idea at a meeting. Most people in the room scoffed, but Social Media Manager Tucker Kimball, who is known to finish off most days with a Barr Hill martini, thought it was worth pursuing. He placed a call to Ryan Christiansen, Head Distiller at Caledonia Spirits, to ask if such a thing was even possible. To Tucker’s surprise (he was really just trying to get a couple of free bottles out of the deal), Ryan loved the idea and said he’d get to work on a prototype.

At the first tasting, everyone who tried the new gin was floored by the unique flavor. After two or three “samples,” Orvis vice chairman Dave Perkins shushed the crowd and announced, “We should put a trout in the bottle. . .you know, like the worm in Mezcal.” You could hear a pin drop, as everyone tried to figure out if Dave’s idea was crazy or a stroke of genius. Graphic Designer Jackie Kutzer broke the silence with a single word: “Brilliant.” 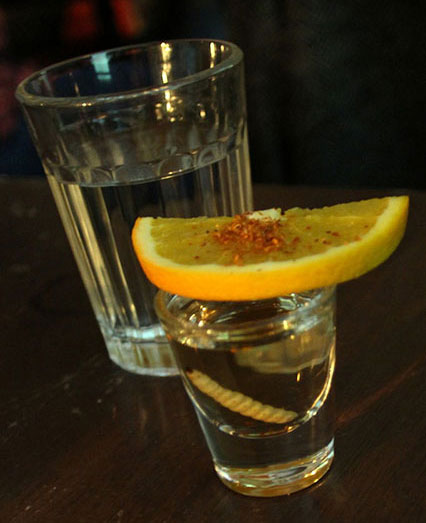 The Mezcal worm was the inspiration for our unique take on gin.
Photo by Bex.Walton via Flickr and Wikimedia Commons

The next question was where to get trout small enough to fit in a bottle. Of course, as a company dedicated to trout conservation, we couldn’t use wild fish. Luckily, a former Vermont Fish & Wildlife biologist hooked us up with a private hatchery that raises brown trout. Apparently, they discard thousands of parr each year because they end up with more than they can bring to adulthood. It was a match made in heaven. The fact that they were brown trout reminded us of the Battenkill’s legendary big browns, and the new gin had a name.

Battenkill Gin is a delicious, dry, and flavorful beverage, with just the right blend of herbs and a smoky trout flavor that adds heft and smoothness. Whether you’re drinking it straight-up, in a classic G&T, or even in a Tom Collins, you’ll find that your favorite drink is transformed. And, yes, the trout parr is perfectly safe to eat. In fact, on any given night, you might find several members of the Orvis Fish & Tackle team at the local West Mountain Inn bar, fighting over which one of them gets the trout. They believe that to eat the little fish will bring good luck for the next day’s fishing. We can’t guarantee that, but we also can’t prove it’s not true. 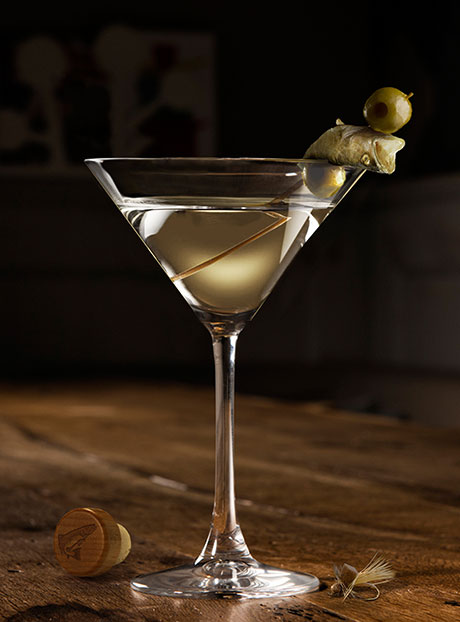 Getting the trout could mean great luck on your next fishing trip!
Photo by James Daley

We shipped the first bottles last week, and Battenkill Gin is now available at select bars and restaurants. Once you’ve sipped your favorite cocktail with a “bit o’ the brown” in it, you might never go back to your Bombay or Hendrick’s.

To find the establishment closest to you where you can taste the new
Battenkill Gin, Click Here to visit the Caledonia Spirits website.
You can also sign up for a chance to win a free bottle!