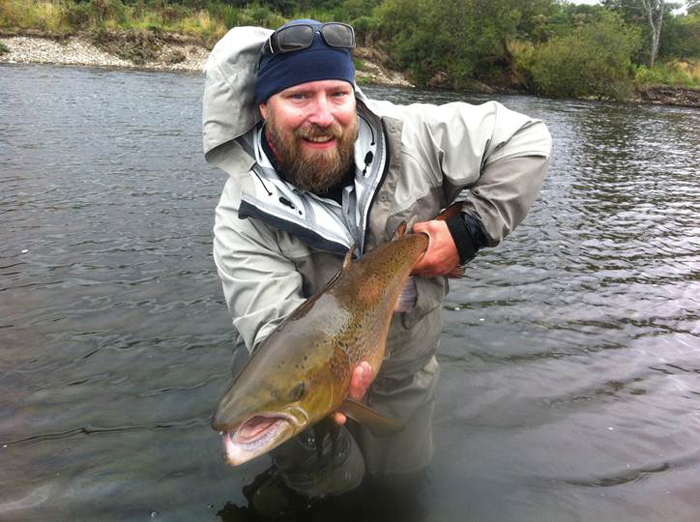 “Good guess,” he replies, holding up a Zip-Loc back containing what look to be several tiny, beadhead versions of the venerable pattern invented by Pennsylvanian Russell Blessing in 1967. “Poor guy thinks he’s invented a new killer fly, too.”

According to Brillon (rhymes with million), 90 percent of the submissions that litter his desk here at Orvis headquarters in Sunderland, Vermont, are little more than slight variations of existing patterns—a tweak here, a new material there. Of course, this is understandable, as there are only so many ways to attach fur, feathers, and other materials to a hook, and folks have been creating flies for hundreds of years. Chances are, your great idea has probably already been done.

If that’s the case, then, what does it take for a pattern to make it from a tier’s vise to the pages of the Orvis catalog? It turns out that Brillon’s process considers much more than the actual fly before him.

The initial evaluation of a new submission involves four criteria: 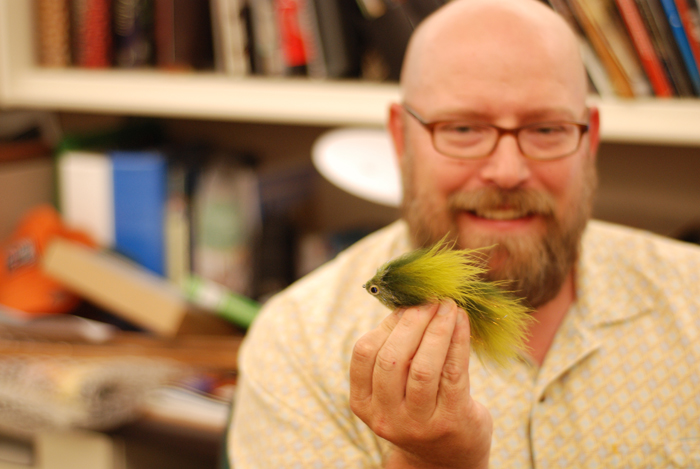 “Discovering” a new winning pattern is one of the best parts of the job.
Photo by Phil Monahan

Brillon is also careful to consider the person behind the pattern. A popular guide with a dedicated following has a distinct advantage over the average guy slaving over a vise in his basement. Aside from simple name recognition, popular guides also bring to the table some powerful marketing tools.

“Most good guides have a strong social-media presence, which allows them to get the word out on new fly patterns very quickly,” Brillon says. “Whereas it used to take a couple seasons for anglers to hear about a hot pattern, now it can happen in just a few weeks.

It’s also helpful if the tier is publishing articles in magazines, appearing at trade shows, and doing everything possible to increase his name recognition.

The final part of the equation is one you might not have considered: the personality of the tier. Brillon is an extremely busy guy, and he has little time for high-maintenance business relationships.

“A tier has to understand that his or her pattern isn’t any more important than other patterns. Many people come into the deal believing that Orvis will make them rich and that their pattern will get all the attention. What this boils down to is how easy the person is to work with.”

As you can see, this is a fairly complicated process. You don’t just whip something up, mail it in, and the sit at home collecting your royalty checks. A successful contract fly tier is an innovator, self-promoter, and team player. If you have a pattern that you think is a winner, be ready to perform all these roles.

And that’s why the fly patterns that end up in the Orvis catalog—or in the collections of Umpqua, Rainy’s, or other companies—generally aren’t the ones created by your buddy down the street or even your favorite fly-shop employee. But Brillon always holds out the hope that when he goes to his mailbox, there will be an envelope, from someone he’s never heard of, that contains the next Copper John or Purple Haze. Could that package be from you?

The Good, the Great, and the Ugly

In his time at Orvis, Shawn Brillon has had a few real surprises—flies that represented real innovation or ones that became way more popular than anticipated. Here are three that stand out in his mind for combining these traits. 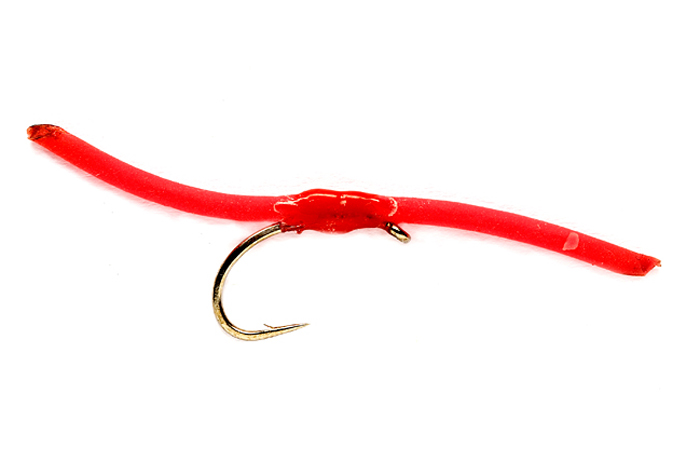 1. The Shaky Worm, created by John Bowen, takes the San Juan Worm concept closer to the rubber worms that bass fishermen have been using successfully for decades. Some tradition-bound anglers may see this pattern as heretical, as it lacks natural materials of any kind, but the trout don’t care. If you don’t like it, don’t use it. But keep in mind that you may be handicapping yourself. 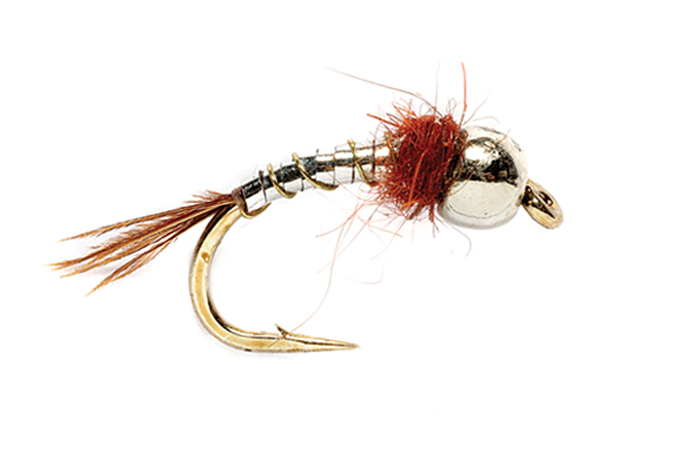 2. The Lightning Bug was created by Chris Strainer, who owns CrossCurrents Fly Shop on the banks of Montana’s Missouri River. Whereas many imitative nymphs feature muted colors, this one flashes to draw attention to itself and has been a top prospecting pattern for years.

3. Bowen’s EZ Mite is downright ugly. But on the other hand, so are real hellgrammites. This fly may look like something that your dog coughed up, but it catches big trout and smallmouths on the prowl for a hearty meal because it sinks fast and mimics the real deal.