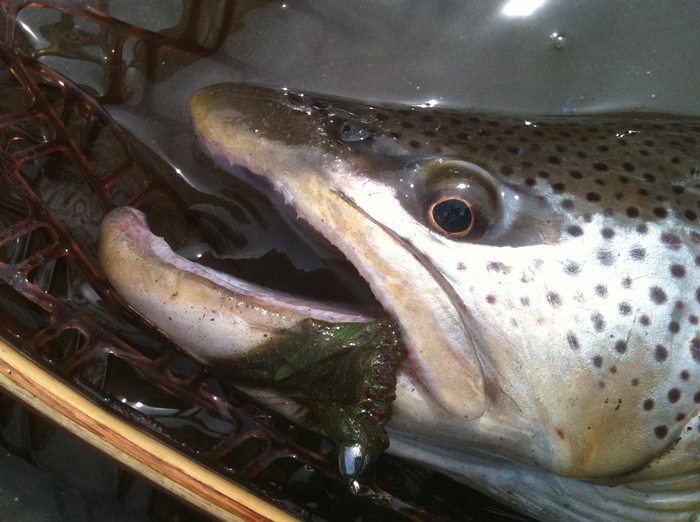 Fishing slow and low in the spring sometimes produces the biggest fish of the year.
Photo by Drew Price

I always mistrust fly fishers who mouth the platitude, “I don’t care if I catch any fish or not; it’s just nice to get out there.” Sure. Then why don’t you leave the rod home and save yourself the trouble of thrashing around in the bushes with a 9-foot stick?

After a long winter, most of us are ready to chew through our restraints, but, honestly, isn’t it nice to hook a trout on your first day out? Won’t it make that long day on the water a touch brighter? Early season fly fishing is often frustrating—high water keeps your fly away from the fish, cold water makes fish sluggish, and often no insects hatch so trout don’t feed actively.

My ace in the hole is to fish streamers early in the season, but you have to forget what worked for you on that float trip last summer. Typically, when water temperatures are between 50 and 65 degrees, trout are not only active; they are also aggressive and often chase a streamer 10 feet before smashing it. With water temperatures in the 40s, trout may not move a foot to take a fly, and they’ll seldom chase a fast-moving fly. 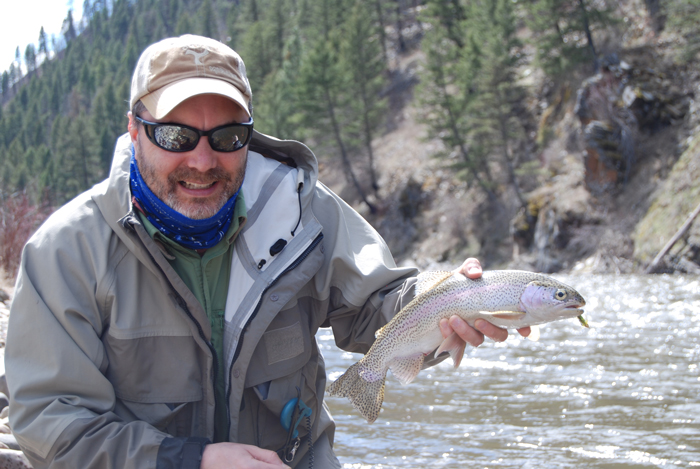 One one spring day, I was fishing a Virginia mountain stream full of big rainbows with fly tier and guide Dave Hise. Dave knew just where the fish were and positioned me upstream of a good run, telling me exactly where to place and drift my fly. He positioned himself on the bank above the spot my fly was swinging into, and even though I was fishing a heavily weighted streamer with a tungsten head, he yelled, “You may not believe it, but that hole is six feet deep and your fly is swimming about a foot under the surface.” So not only were the fish not going to chase my fly, they probably couldn’t even see it.

A sinking tip line would have gotten the fly deeper than the floating line I was using, but I didn’t feel like walking back to the car. So I moved downstream of the hole and cast my fly upstream, stripping line just enough to keep tension on it and perhaps give the fly an occasional twitch. Three fish later, I was convinced that I needed to be slow and deep. For the rest of the day, I fished my streamers upstream, and the big rainbows took the fly either on a dead drift or with just a subtle twitch here and there. Not a single fish chased the fly when I fished the conventional across-stream cast with a fast retrieve. 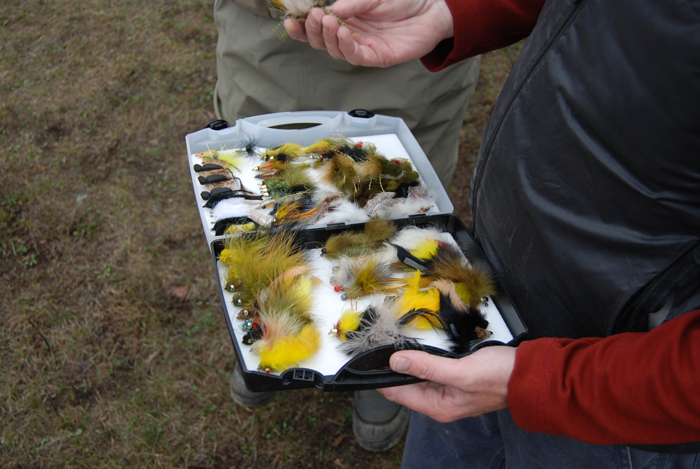 Flies that offer a lot of wiggly action in the water work best with a slow presentation.
Photo by Phil Monahan

8 thoughts on “Tom’s Tips: How to Fish Streamers in the Early Season”