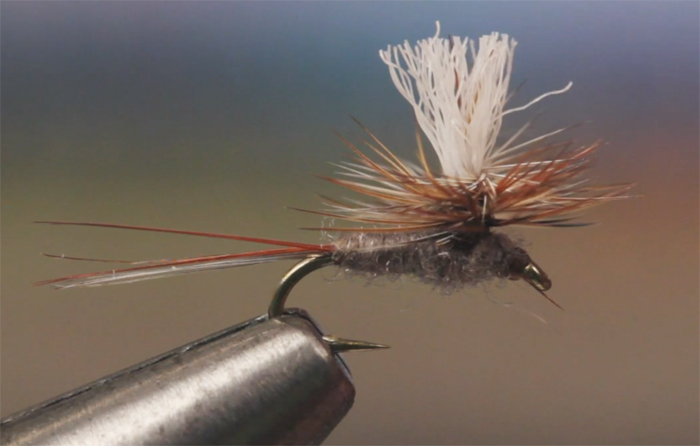 If you struggle with tiny flies, Tim Flagler has some great tips for you.

The Parachute Adams is among the more popular dry-fly patterns for fly fishermen the world over, and it is often a “go-to” fly for those situations when you want to fish a fly with confidence. The secret to its success is that the fly seems to imitate a broad spectrum of mayflies, plus the post makes the fly visible, even in low light. When I am not sure what’s hatching on a given stream, the Parachute Adams and the Elk-Hair Caddis are my two first choices, almost every time. And even when you do know what’s hatching but don’t have anything to match the naturals, a Parachute Adams will often do the trick.

But especially in fall, the mayflies on the water can be really small, which is a problem for those of us with fat fingers and a low tolerance for frustration. Tying small patterns of any kind is a pain, but parachutes are especially tough. In this great video from Tightline Productions,Tim Flagler reveals his secrets to tying a tiny Parachute Adams, and he makes it look easy. Among the tricks on display are how to make a perfect tail of mixed hackle fibers, how to make an appropriate-size post, and how to attach a pair of small hackles and keep them out of the way until you need them. These are techniques you can use on any small patterns. Go whip up a few of these, and tie one on when you see autumn blue-winged olives coming off.

7 thoughts on “Video: How to Tie a Tiny Parachute Adams (with a Twist!)”