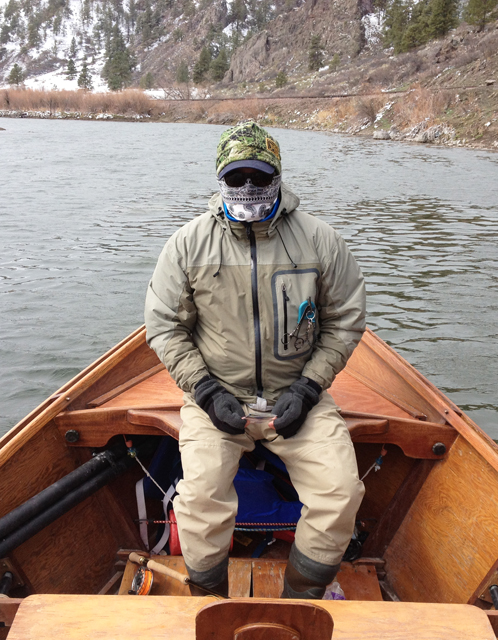 Winter fishing can be miserable and cold, and you should always be on the lookout for signs of hypothermia.
Photo by Phil Monahan

Cold weather is not far away, and every angler should be prepared for the challenges that the late season and winter fishing can create. Hypothermia is a serious threat in fall and winter because of two crucial elements: water and dropping air temperatures.

Hypothermia happens when you lose body temperature faster than the body can produce heat, resulting in a dangerously low body temperature. Hypothermia is most often caused by exposure to cold weather or immersion in a cold body of water. Think tailwaters in December in January.

So picture this scenario: Your buddy is going to make that cast to try and get just a bit closer to the bank upstream. With the stretch, though, at the end of his cast, his foot gets a little sideways on the icy rock, and he takes a plunge into the Blue River. He feels the water slosh in his waders, and his fleece and long johns are wet.

But you don’t have to fall in to be in danger. Let’s say that you decide to stay out for “just one more cast,” and over the next hour, the temperature begins to drop. Hypothermia can begin to occur if you are out in the cold long enough and maybe you just skimped a little layers of clothing that day. Your body starts to shiver as the sun drops lower in the sky.

The body is trying to warm itself, so you start to shiver. It’s the first thing you will probably notice about your buddy.

Someone with hypothermia usually is not aware of his or her conditions and that the symptoms are worsening because the changes can be so gradual. The confused thinking counteracts any self-awareness.

As hypothermia worsens, the symptoms get more severe:

“As with most safety issues, the best approach is prevention, and a little preparation goes a long way,” says Neil Luehring, a retired Captain from the Colorado Springs Fire Department.

Neil stays prepared for conditions when he is guiding clients in the fall and winter. It’s good advice for anybody fishing during those times: “I carry a bag in my vehicle that contains a couple of old towels, a sweatshirt and sweatpants, and a sleeping bag, so I can get somebody warmed up should they fall in or show any of the signs of hypothermia.”

Here’s how you should respond to anyone who displays those early symptoms, or even before the symptoms appear if they have gotten wet in cold weather:

“As with most safety issues, the best approach is prevention, and a little preparation goes a long way,” Neil says. “I am going to add a fleece blanket to my bag, as well. It is a good idea to bring a change of clothes during the colder months.”

4 thoughts on “Pro Tips: How to Recognize and Treat Hypothermia”