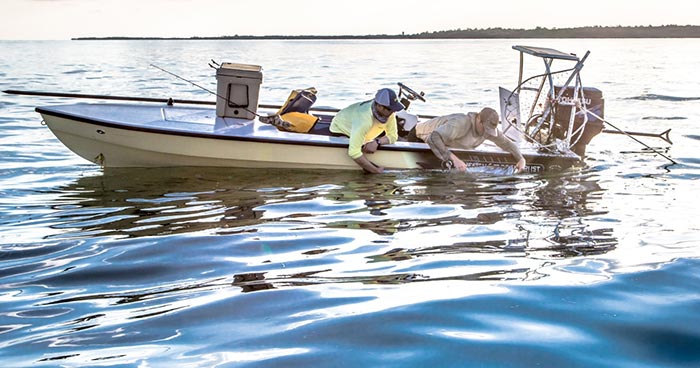 Acoustic tags are smaller and less invasive and can be active for years, rather than a few months.
Photo courtesy Bonefish & Tarpon Trust

In an effort to expand on knowledge of tarpon habitat use and movement at different life stages, Bonefish & Tarpon Trust (BTT) began a tarpon acoustic tagging program in May 2016. We just received report of the first tarpon detection from the program, and it has provided fascinating new insight on tarpon movement.

“Helios” is an approximately 45-pound tarpon sponsored by Perk Perkins, CEO of The Orvis Company. It was caught on a live crab and tagged in late May in the Lower Florida Keys by BTT scientists from UMass Amherst and Carleton University, and was the second fish ever tagged as part of the program. We just received word from colleagues that their receiver near Port Orange, Florida, detected Helios in late June. This relatively small tarpon traveled over 400 miles in a month! 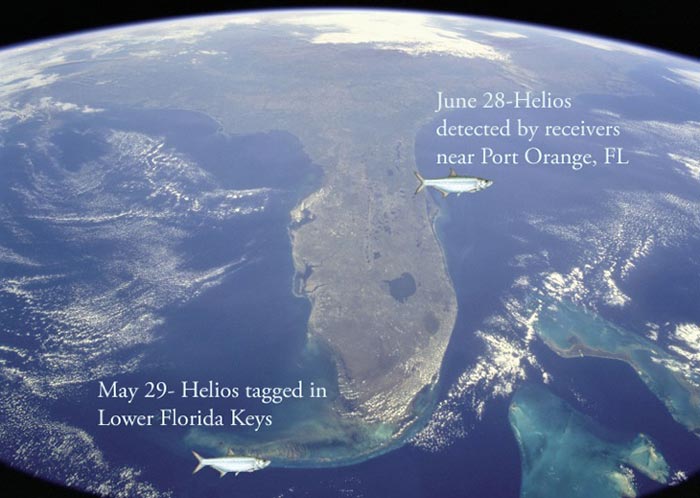 This recapture is really special because it’s the first time we have been able to actively track fish in this size range. Previous satellite tagging efforts funded by BTT were limited to tagging fish 80 pounds or larger. A 45-pound fish like Helios is years from becoming sexually mature, which has been thought of as the size when tarpon start longer distance migrations. It’s also pretty remarkable that it traveled so far in a short period of time.

This recapture underscores the importance of acoustic tagging to provide new insight into tarpon movement and habitat use during different life stages, and will provide information that is critical to BTT’s conservation efforts. Stay tuned for more recaptures!

Click here for more information about sponsoring a tarpon.

2 thoughts on “The Incredible Travels of a Tarpon Named “Helios””