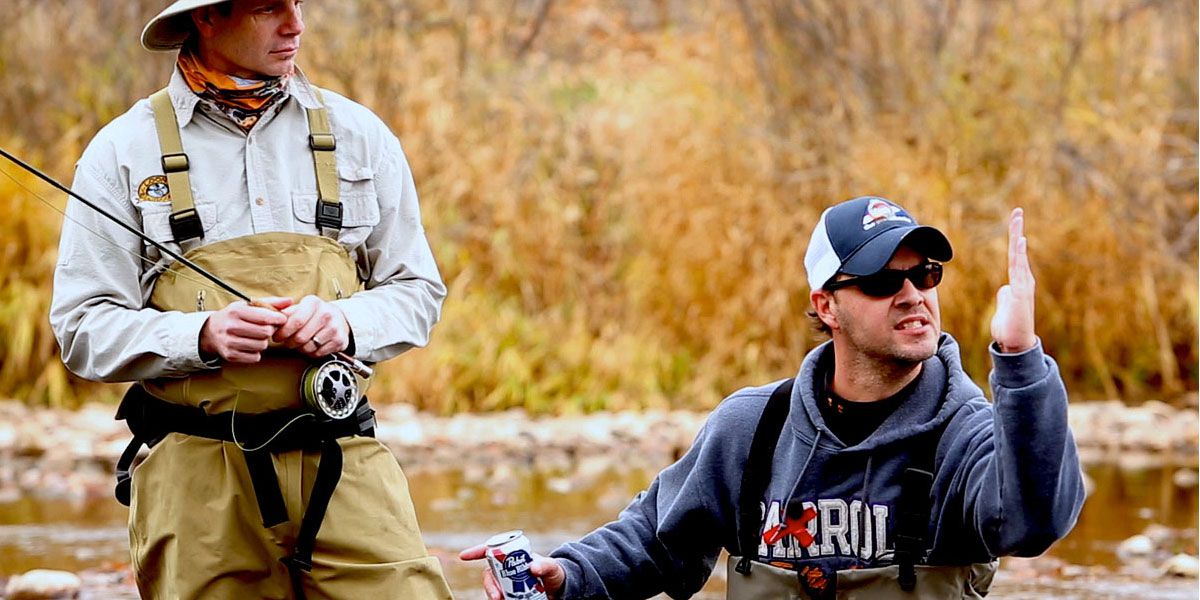 When Hank Patterson’s first video appeared on YouTube in 2012, the fly-fishing community was stunned. We were introduced to someone we’d never even heard of, yet he clearly possessed levels of skill and knowledge about the sport that left viewers speechless. Almost three years later, that video now has 170,000 views, there have been some 24 more videos released, and fly fishers around the country are employing Hank’s “snap it and slap it” technique to catch more and bigger fish. Hank is now touring the country with his feature-length film, Hank Patterson’s Reel Montana Adventure, which is being greeted by cheers and ovations at every stop. Hank graciously agreed to answer a few questions about his meteoric rise to prominence.

1. When and how did you get started in fishing?
I purchased my first fly rod 9 or perhaps 5 or about 20 years ago. . .give or take a year or twelve. But I was a fly fisherman long before I ever owned that rod. While I had never physically gone fishing, I did possess the soul, patience, and unrelenting confidence of a fly fisher. My thoughtful, meditative mind was developed as a young man, during hours of what my mother referred to as “quiet time” or “time out.” These hours of silence, staring into the corner, are where I acquired an uncanny ability to anticipate the actions, reactions, and feeding patterns of all trout species. The wallpaper in our kitchen was a trout stream theme. I have also watched A River Runs Through It more than 1,200 times on VHS, DVD, and BluRay.

2. What was the first fish you ever caught on a fly?
The first fish I ever landed on a fly was a native, three-inch cuttyrainbrown on the Payette River just below Lowman, Idaho. Took me to my backing and beyond, twice before finding the bottom of my aluminum net. A hell of a nice trout. He was feisty, brave, and brilliant in color. Many would consider him a small fish, but I caught him in a current that no man, no matter how strong, could stand in. That cuttyrainbrown’s ability to hold position in that current makes him one of largest and certainly strongest fish I’ve ever had the pleasure of setting free.

3. When and how did you get into guiding?
Becoming a guide was a natural progression for me. I love hearing myself talk, love beer, enjoy telling others what they’re doing wrong, and have no objection to proclaiming myself to be the finest, most enlightened fisherman on any water I ever find myself in. The day I had the epiphany to become a guide, I was on the Henry’s Fork, fishing in earshot of two separate guides who were yammering constant advice and direction to their clients. I found myself disagreeing with every single bit of advice each of them gave. They were doing their best, but in my expert opinion, both were leading their clients down a path to mediocrity. I knew at that moment that I could not and should not keep my methods to myself. 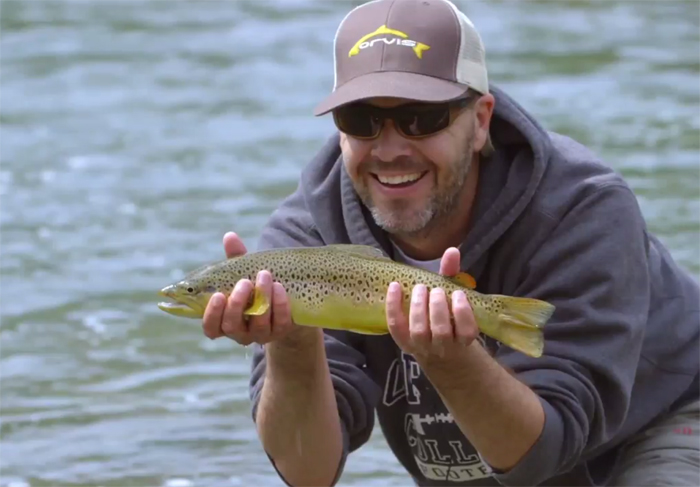 4. What is one thing most anglers need to know to catch more fish?
To STOP focusing on catching more fish. Fly fishing is a time for quiet contemplation. A time to take in the sights and sounds that God, Mother Nature, and the erosion of giant glaciers from the ice age have created for us. Anglers should not ask “How do I catch more fish,” they should only ask “How do I get to spend more time on the water” and “How much is too little when tipping my guide”?

5. What’s the most common mistake you see on the water?
Everybody is always talking about getting a “good drift”. There’s no such thing. A drifting fly looks like a dead fly. Fish, like any other human, have very little interest in chomping on a corpse. A drifting fly attracts lazy, desperate trout as opposed to healthy, confident, and smart trout. Snap that line! Splash that fly HARD to the surface, and drag and bounce that fly around like a bug on six cups of strong coffee and schnapps! 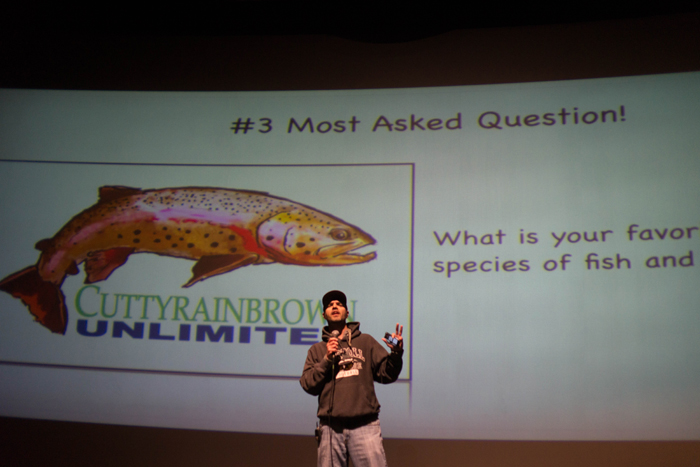 Hank’s annual appearances at the Orvis Down the Hatch Film Festival are the stuff of legend.

6. Why did you decide to share your knowledge via video?
A couple reasons. 1. There aren’t enough propositions and verbs in the English language to properly demonstrate good casting technique; 2. I’ve been told I’m a handsome man; and 3. Most of my clients hate to read. Honestly though, who wants to read when you can kick back, turn your brain to the “off” position and simply watch a video? Reading is hard. Watching is easy.