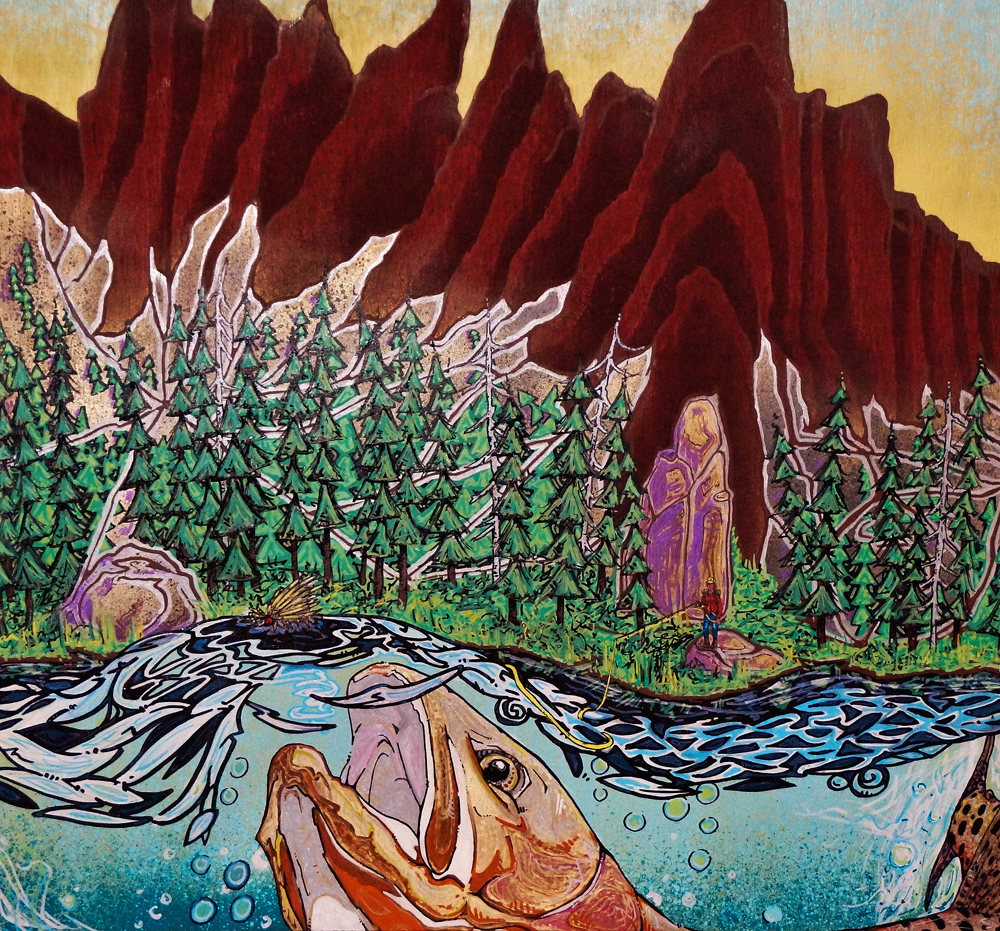 Josh DeSmit is an artist caught between two worlds. He likes to say that he grew up a cidiot (“city” + “idiot”) in the Minneapolis area, but was blessed with the retreat of his family’s cabin on Michigan’s Upper Peninsula. In the northern woods, he learned to fish for brook trout, hunt ducks and grouse, and be less inclined to play fantasy football during precious fall weekends. While studying art and playing hockey at Wisconsin’s Lawrence University, Josh’s appreciation for the outdoors became an obsession and remains today. 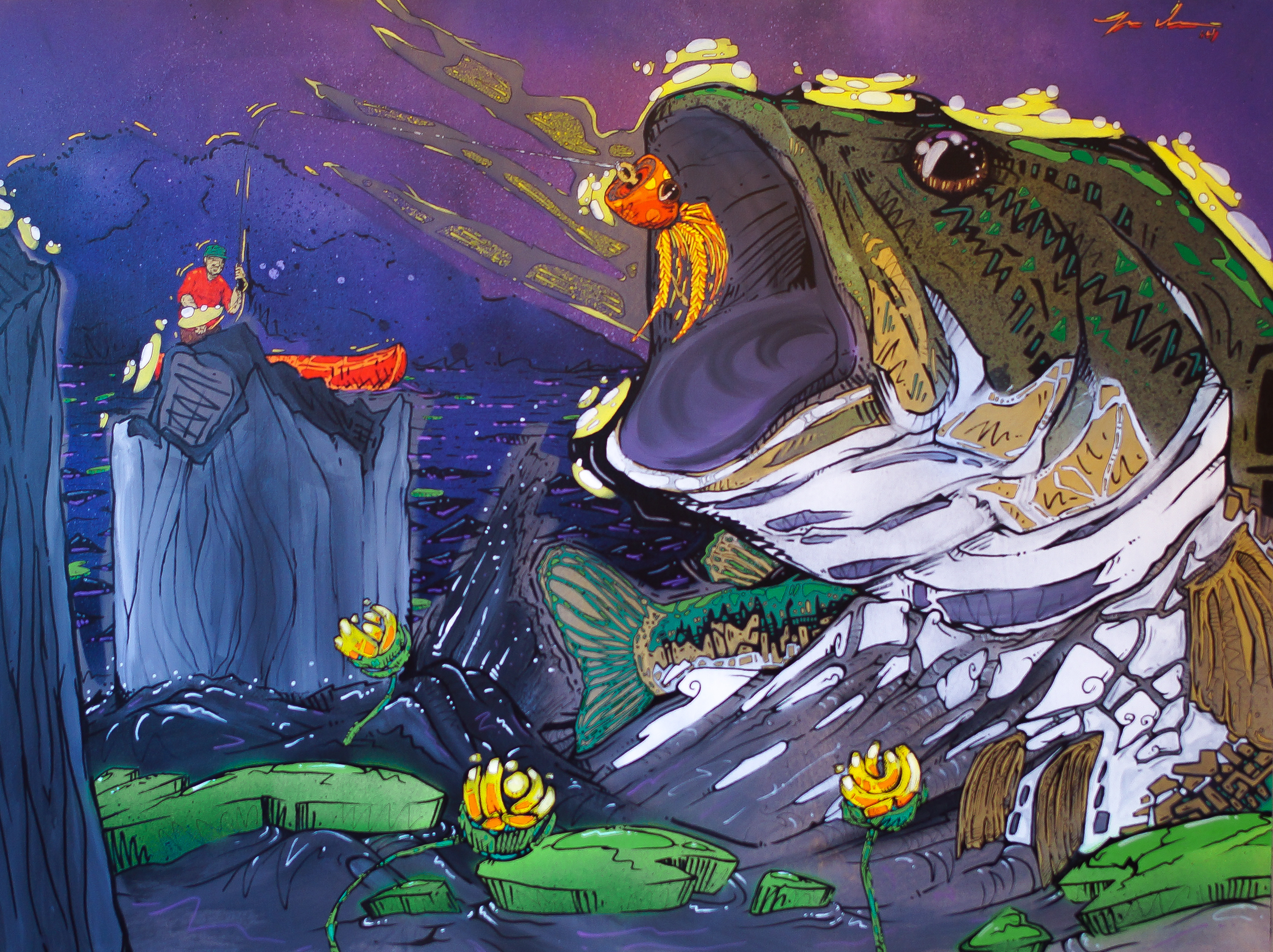 Between class and trips to the stream, Josh would putter around the LU art building. He explored the possibilities of spray paint in attempts to emulate the graffiti aesthetic he remembered from summer days spent skateboarding the backcountry of downtown Minneapolis. When Josh began to combine his experiences afield with the wilds of a rattle can, his style began to emerge. Since he returned to Minnesota after school, his work has gained boldness in color, as well as a nervous energy reflective of a crowded metro area, an ever-churning American society, and desperation for moments of escape. 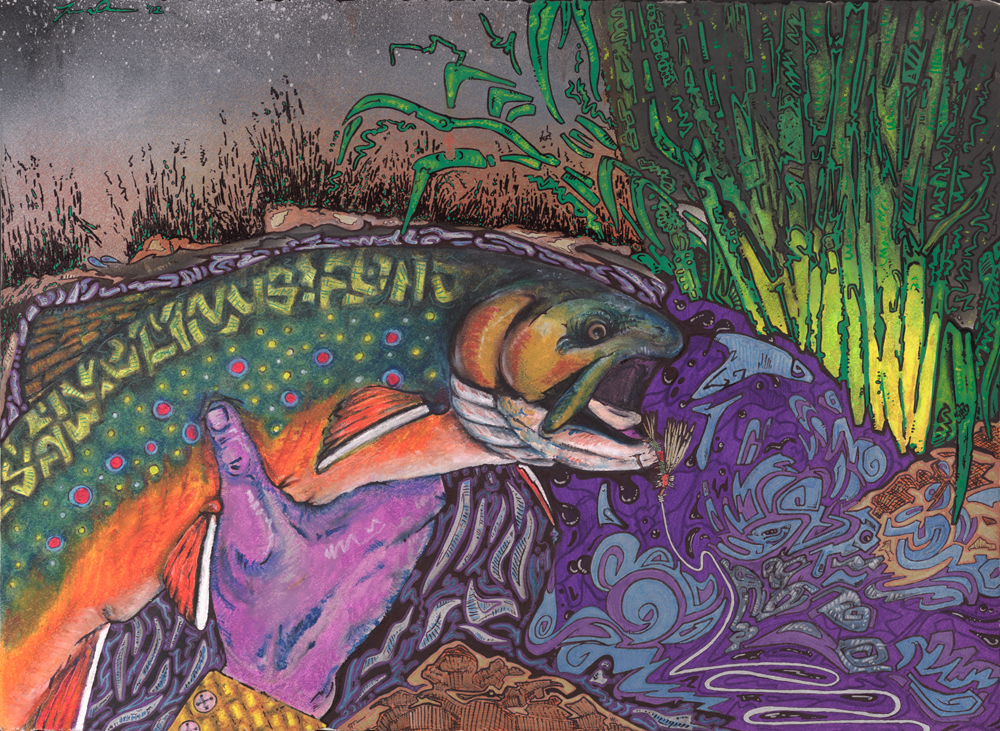 Josh continues to use spray paint in most of his pieces and complements the medium with paint pens, acrylics, sharpies, printmaking techniques, and anything else that might look appropriate on a given day. Juxtaposing urban graphic techniques with the natural beauty of fly fishing, Josh has developed a process and style truly unique to the realm of sporting art.

To see more of Josh DeSmit’s work, visit his website. 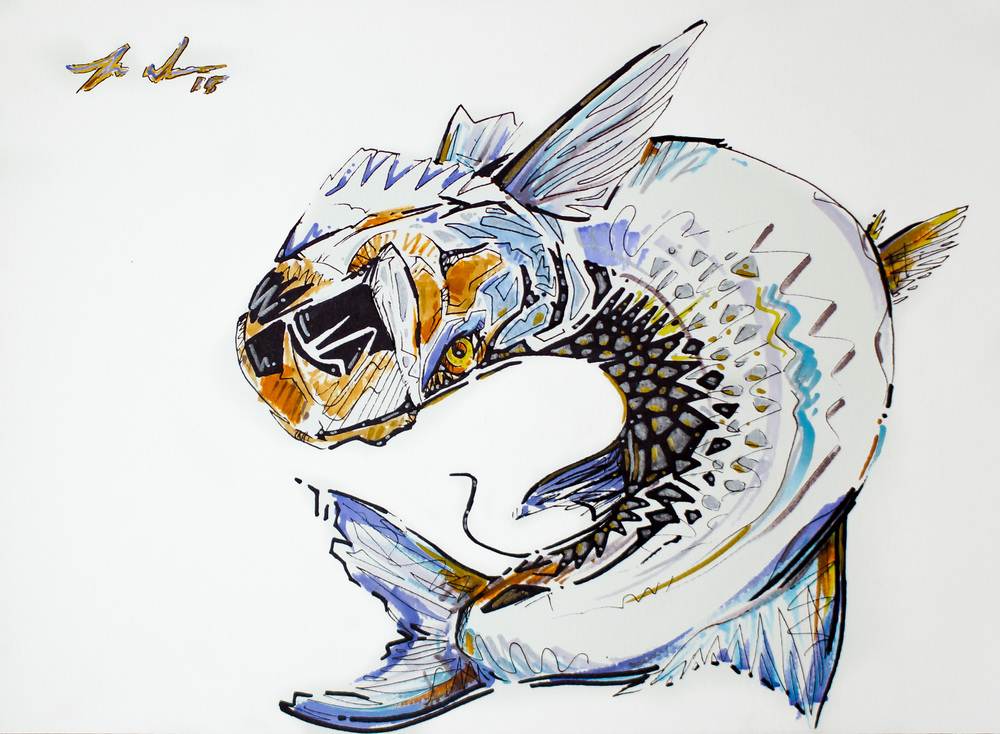