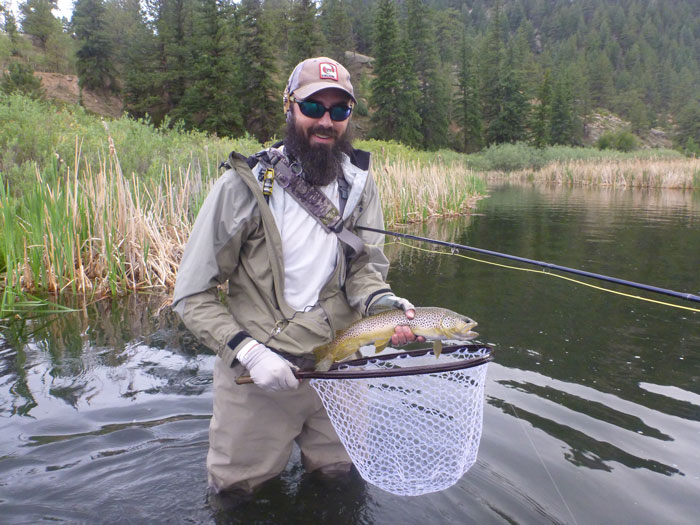 Fishing, in Mr. Maclean’s story, is not a rite of solitary purification, a leaving of everything behind, but a rite of companionship. It is a tragic rite because of our inevitable failure to understand each other; and it a triumphant rite because we can love completely without understanding. Fishing, here, is understood as an art, and as such it is emblematic of all that makes us companions with one another, joins us to nature, and joins generations together. This is the connective power of culture. Sometimes it works, sometime it fails; when it fails, it fails into tragedy, but here it is tragedy that confirms the completeness, and indeed the immortality, of love. (Wendell Berry, “Style and Grace”)

When I first read those words around fifteen years ago, I could count on one hand the times I had fished. And I’d never tried fly-fishing. Don’t get me wrong. I knew about fly-fishing. I’d seen A River Runs Through It. And I had the foggy memories of a maybe-four-year old seeing his father and an Air Force buddy fly-fishing in Colorado somewhere near Pike’s Peak. But such was the extent of my knowledge of fly-fishing. I read Berry’s “Style and Grace” because I enjoyed his fiction and was beginning to read his nonfiction. But even with my nearly nonexistent knowledge of the sport, the above paragraph from his essay comparing some of the writings of Ernest Hemingway and Norman Maclean stood out to me. 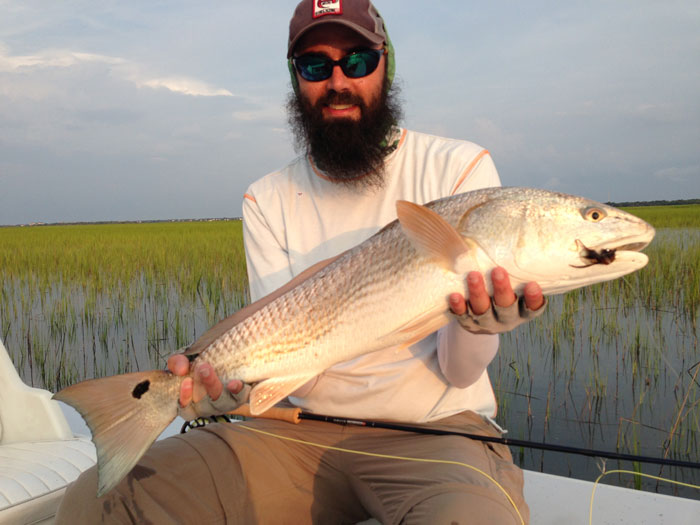 Fast forward to 2018. I’m still reading Wendell Berry (and even writing about him and his work). I’ve moved from Kentucky to western New York. I’ve seen A River Runs Through It a few more times. I’ve even read Maclean’s short story on which the film is based, as well as some of Hemingway’s fishing stories. But a few other things have changed, too. Now I’ve fly-fished near Pike’s Peak. I’ve stood in some moving streams with my father as we cast flies toward rising fish. I’ve watched my son excitedly catch and release cutthroat and golden trout in high mountain lakes and streams. What made this change and such opportunities possible?

Shortly after I had moved to Buffalo to teach American history at Canisius College, a colleague mentioned that a local store was offering free Fly-Fishing 101 classes. Even though I’d never fly-fished or really even thought much about doing so, I knew as an educator that it’s pretty hard to beat a free class. So, I found myself at Orvis Buffalo–a store I’d never heard of previously–being taught how to do a basic overhand cast, an action I’d never considered previously. One class led to another class and ultimately to the purchase of a rod and reel. Little did I know where this purchase was going to take me. 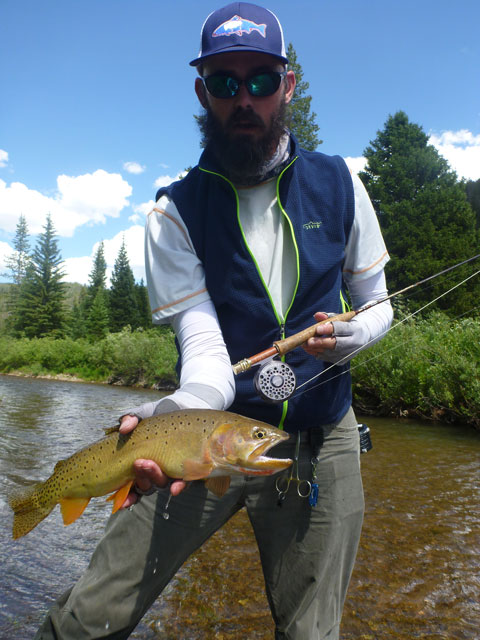 I initially found myself fishing with several people from the store in area streams and rivers targeting trout and bass. Those fishing ventures slowly moved farther and farther away from Buffalo. To the Catskills. To Cape Cod. To Charleston. Then, for several years, on trips organized by Orvis Buffalo to an endorsed lodge, Falcon’s Ledge, in Utah. Of course, fishing in Utah meant getting there. While flying was the easiest way, several times I opted to drive, which opened up opportunities to chase trout in Colorado, to experience and fish a salmonfly hatch at the Lodge at Palisades Creek on the Snake River in Idaho, and to complete Wyoming’s Cutt Slam program, a feat that meant catching each of the Cowboy State’s four native cutthroat trout subspecies in their home watersheds.

Fly-fishing quickly became an obsession. I began traveling to academic conferences with a rod case filled with gear. I also starting considering ways to have this new passion overlap with my passions for both teaching and history. To that end, I started volunteering with my friends at Orvis Buffalo as they continued offering and developing their fishing and fly-tying classes. I also found myself developing and teaching a capstone course at my college that used fly-fishing as a way to consider the roles our graduates can live as citizens in a diverse, multicultural society in need of women and men who are concerned about the just and ethical treatment of both the world in which they live and those people with whom they live. 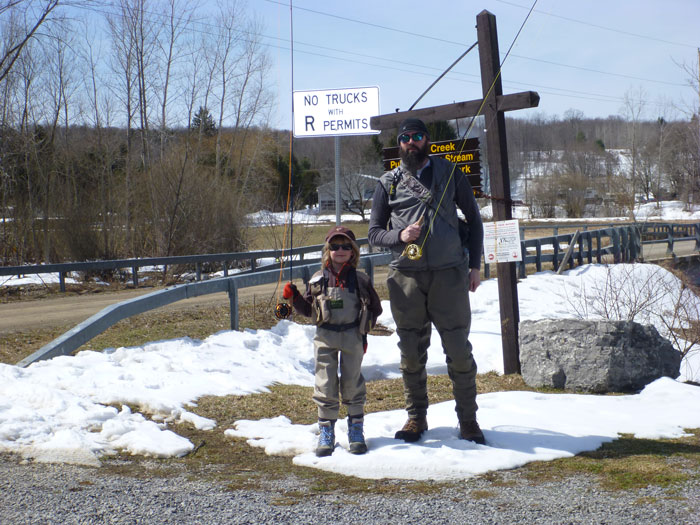 Watching his son discover fly fishing has been magical.

In the end, I’ve learned over the past ten years that what Berry wrote in that initial paragraph from “Style and Grace” is correct. Fly-fishing is about much more than solitary reflection and purification. Fly-fishing is a culture that connects and teaches. Fly-fishing has connected me more to the world around me. Fly-fishing has taught me to care for my own person and for my sanity. Most of all, though, fly-fishing has reminded me of the importance of companionship and friendship. From those friends–like Adam Cook and the late Thom McDaniel, who invested time and energy in me as I delved into something new; to the friends I fish regularly with here in the waters of New York; to the friends I fish with maybe only once a year in the wilderness of western states such as Utah, Colorado, and Idaho–the sport, or rather the art, of fly-fishing has connected me to individuals and their respective places, families, and cultures, confirming the completeness and immortality about which Berry writes. And those facts, like water, haunt me.

You can learn the fly-fishing basics in one of our free Fly Fishing 101 classes. Click the photo below for more information and to find the classes nearest you. 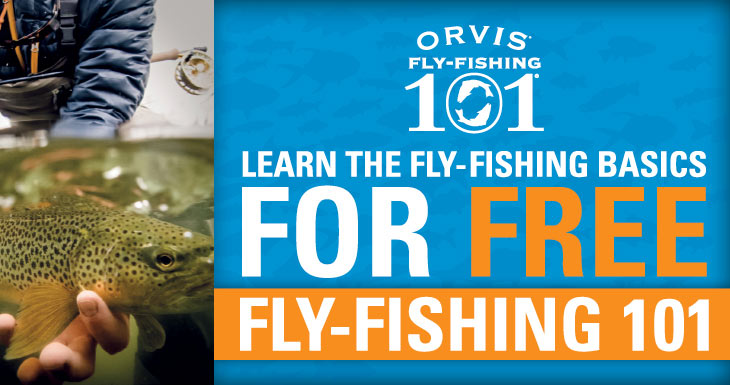