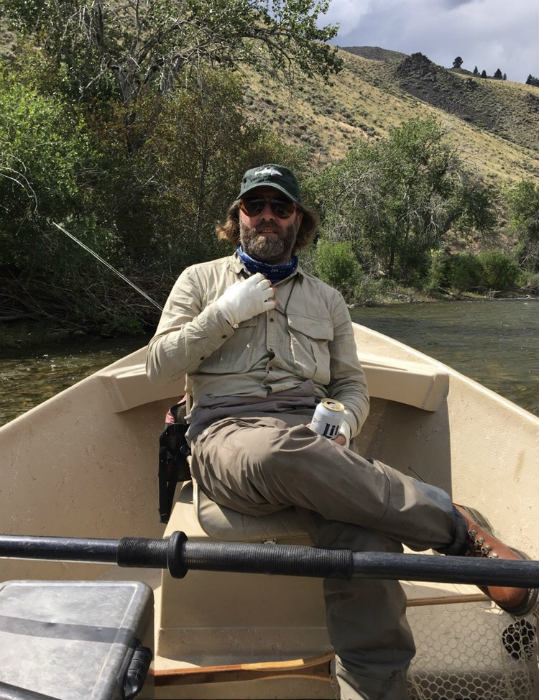 One of my most beloved angling traditions is the lunchtime beer. The midpoint of a float trip is largely an excuse to open a can of Miller Lite. If the morning has been a good one, then it’s a well-earned celebration. If the fishing has been off, then it’s a commiseration with your own bad luck–and just as well-deserved. Churchill said, “In victory I deserve it. In defeat I need it.” He was referring to vintage champagne and would have morally disapproved of light beer, but the sentiment endures.

I’m irrationally partial to Miller Lite, which on its best day can be considered an above-average, average beer. “What does that possibly mean?” the microbrew IPA aficionado wonders. “Why would you ever settle for mass-market indifference?” the artisanal advocate wants to know. Well, we all have our standards and they are defined by circumstance. On an airplane, I don’t want to watch a refined French film; I prefer a comedy or anything Michael Mann’s made that I’ve already seen five times. On a road trip, I’ll take pretzels over an esoteric dried Japanese seaweed. And when I’m out fishing, all I want is a light beer that appears to have misspelled its own name.

Is its taste, if it has one, close to water? It probably is. In fact, it definitely is, and that’s perfectly fine, even part of its appeal. Anything heavier is liable to put you in the mood for a nap. You want something right out of the cooler, bracingly cold. (This is when those high-end coolers really prove their worth.) You might even drink half of it in one go (something that wouldn’t happen anywhere else).

These issues are definitely regional. I know Olympia partisans in Washington, Coors retro-activists in Colorado. For me, growing up spending summers in Wisconsin, the beer of choice was, and continues to be, Leinenkugel’s, which was from nearby Chippewa Falls. It has a peculiar taste (hoppy with a hint of stale cardboard), and this is the beer of lakeshores and cookouts. The intensity of my feelings for Leinenkugel’s was not clear to me until an East Coast friend tried it and raised his eyebrow in a way I felt unduly dismissive. It turned out that partisans like me could denigrate this beer, this holy water, but outsiders could not!

Taste is of course personal, but beer, as much as anything else, is connected to occasion and location. You drink a beer at baseball games, or in a certain season, in a certain climate. I don’t want my fishing beer to be so good it’s distracting. With these beers, that’s definitely not the case. What I drink in my city life, a dry Riesling or white Burgundy, is not the answer on a trout stream. No, it has to be beer. And it has to be bad beer. So often, fly fishing is about elevated traditions, precision, and presentation. When you step off the water, however, sometimes the right answer is to aim just low enough.

David Coggins is the author of Men and Manners and the New York Times best-selling Men and Style. He has written about travel, fly fishing, design, and drinking for numerous publications, including Esquire, Robb Report, the Financial Times, and Bloomberg Pursuits. He lives in New York.

6 thoughts on “Just Like Water: The Case for Bad Beer”